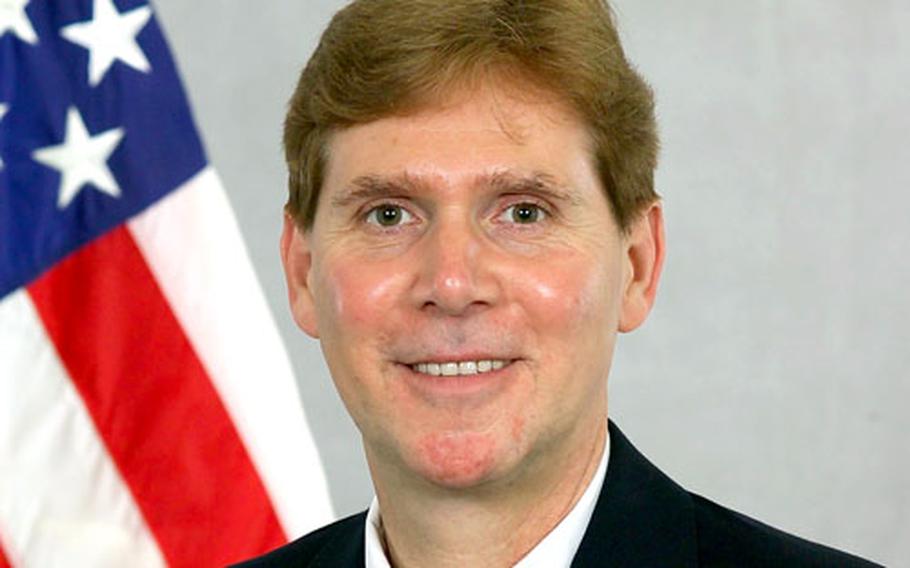 Peter Grenier, DODDS chief of staff of the Japan District, has been selected as Korea District assistant superintendent. (DODDS photo)

Peter Grenier, Japan District chief of staff, will assume duties in Seoul on Aug. 3, according to a DODDS news release.

He said his current position, and his history as a principal, has prepared him for moving to Seoul.

&#8220;Working with children and adults in a variety of settings and situations and experience with the curriculum has afforded me the experience to now support the educational mission in the Korea District,&#8221; he wrote.

His first task, he stated, is to establish a positive working relationship with administrators and teachers in the nine schools in South Korea and with educational liaisons in the district office.

&#8220;Mr. Grenier is well known among educators, parents, and students. He brings motivation, high energy, skill in team building and a sharp focus on curriculum, instruction, and assessment to this position,&#8221; Toth was quoted as saying in the news release.

Grenier wrote that he plans to travel with Toth to the first School Advisory Committee meetings at each school in South Korea.

&#8220;I think this will be a great way to begin the year, as attending these meetings will be parents, base officials, administrators and teachers,&#8221; Grenier stated.

&#8220;I&#8217;ll have the opportunity to learn about each school early on and what educational goals will be given high priority.&#8221;