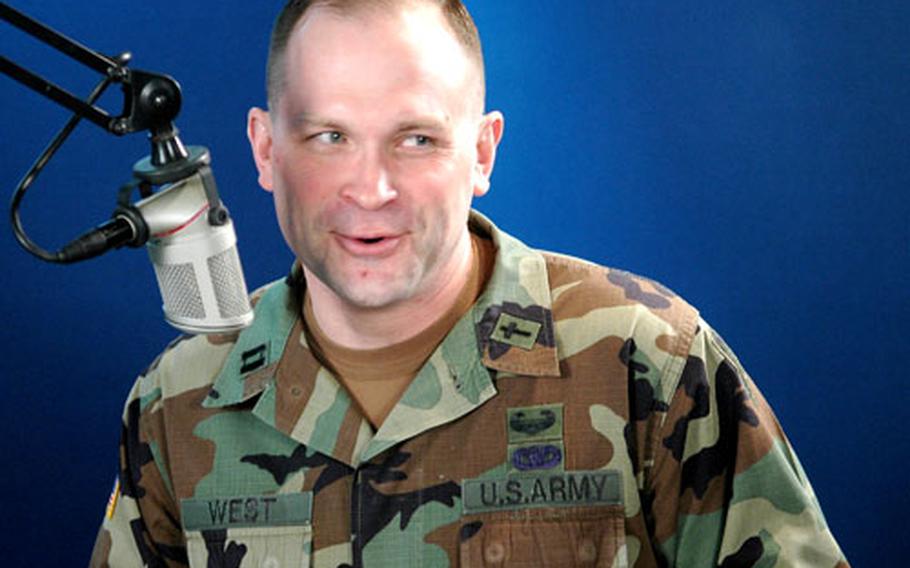 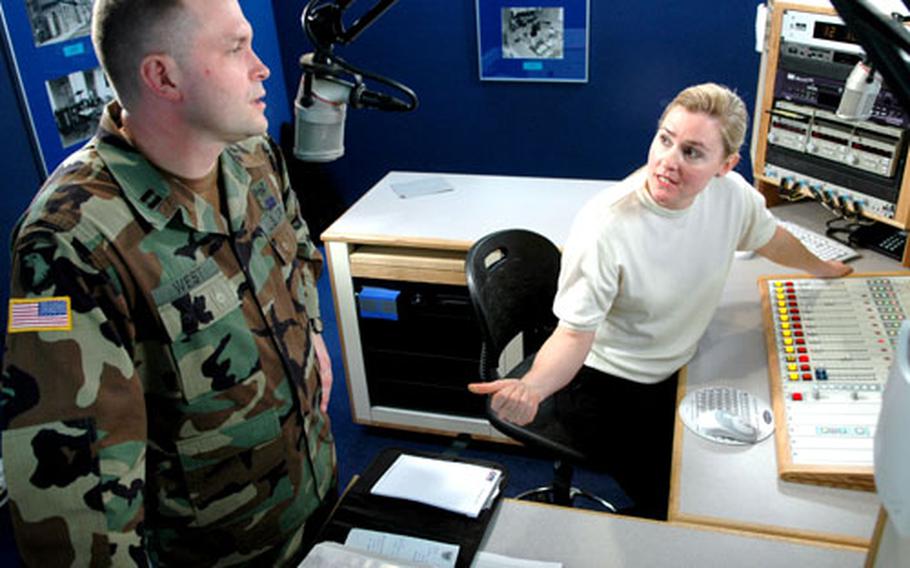 MANNHEIM, Germany &#8212; He still sees himself as a battalion chaplain in a war zone, though he finds his recent change of venue a bit harrowing, too.

Center stage, it seems, can make even the hardiest and most faithful of individuals nervous.

The West Virginia native doesn&#8217;t have a studio sidekick, but he is reaching out to military leaders, asking them to share stories of faith with the listening audience. The two-minute segments, what West and Cochran call &#8220;The Stonewall Series,&#8221; provide guests the opportunity to discuss how they balance faith, family and service.

But war, he explained, has a way of curbing those tendencies.

Prior to joining the Army, West served eight years as a cop in the Air Force National Guard, separating in 1993. He also earned a bachelor&#8217;s degree from West Virginia State University, taught high school for 1&#189; years and spent four years in seminary school.

West said the goal of his radio and television ministry is to enhance people&#8217;s spiritual fitness and readiness. The challenge, he noted, is to be as pluralistic as possible, reaching out to men and women of all faiths.