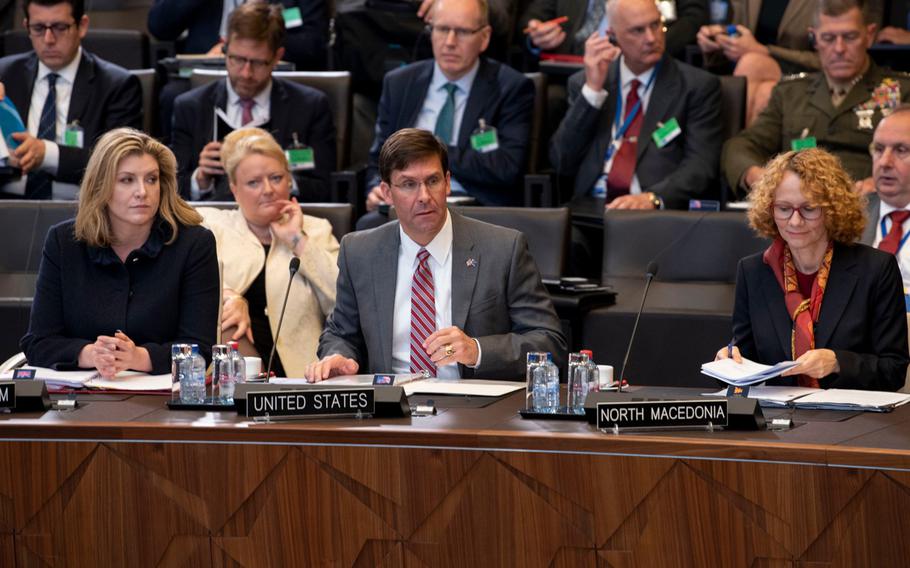 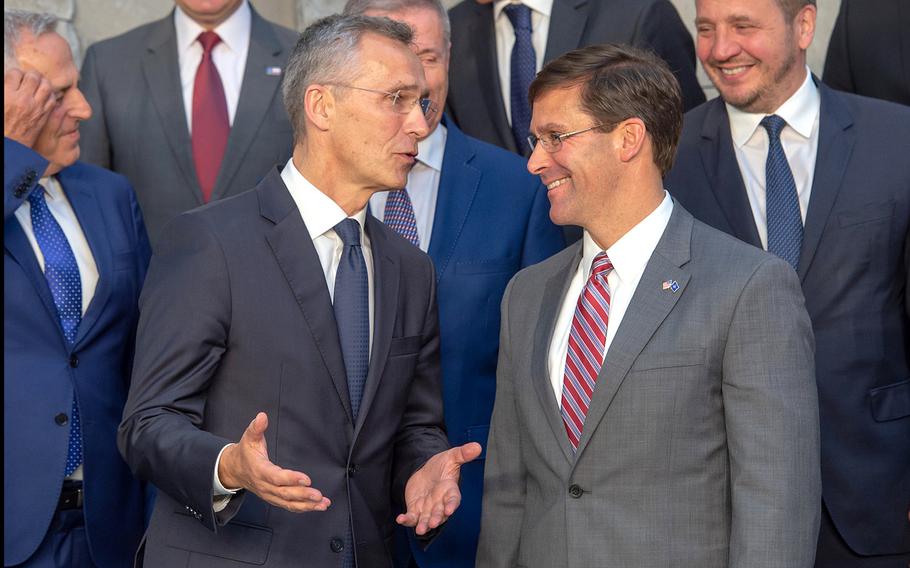 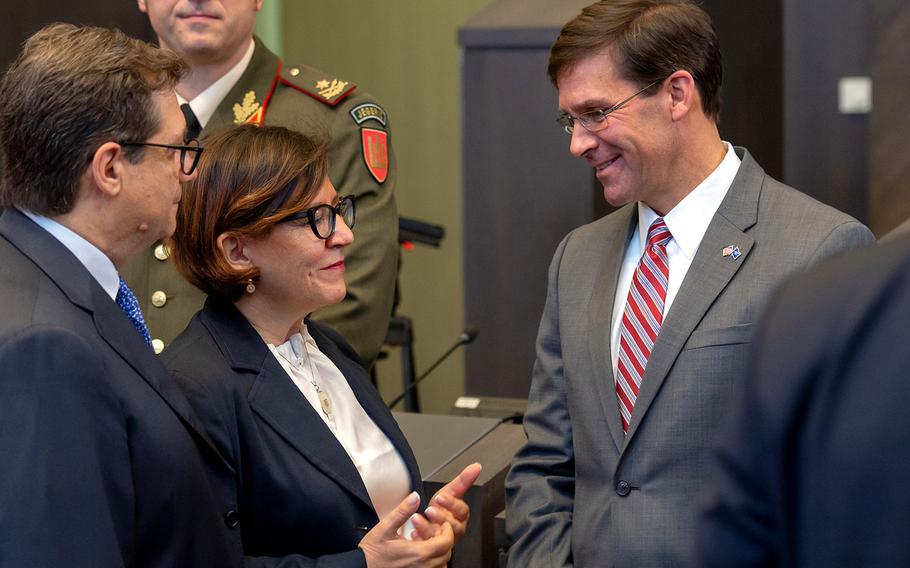 Esper, who was in Brussels for talks with NATO defense ministers after less than one week on the job as Pentagon chief, said that he plans to return to alliance headquarters next month to give members a detailed brief on the threat Iran poses.

“The purpose here is to avoid war with Iran,” Esper said.

Iran was not on the agenda of the talks in Brussels but became a focal issue for Washington, which wants alliance members to play a larger role in denouncing Iranian actions.

Esper blamed Iran for attacks on six ships in the Gulf as well as downing a U.S. drone flying in international airspace. Allies need to “voice their opposition to Iran’s bad behavior,” Esper said.

Tehran has denied it was responsible for the attacks on the oil tankers and maintains the drone intruded into its airspace when it was shot down by a surface-to-air missile.

In a message to Tehran, Esper said: “We are ready to defend our forces and interests in the region. No one should mistake restraint for weakness.”

While the plan is still in the early stages, Esper said he wants a group of “like-minded” countries to develop a mission focused on maintaining freedom of navigation around the Strait of Hormuz, the world’s busiest chokepoint for oil shipments.

The mission could include more air surveillance and a picket line of warships that serve as escorts for commercial vessels, Esper said.

“Most partners in the room acknowledged the challenges we face,” Esper said after discussions with his fellow defense chiefs.

“Adequate funding underpins everything we do and much more needs to be done,” Esper said.

NATO members have steadily boosted military expenditures over the past five years, but most allies still fall sort of targets that call for 2% of gross domestic product to be spent on defense by a 2024 deadline. This year, eight of 29 members are expected to hit the target, up from just three in 2014.

NATO Secretary-General Jens Stoltenberg said most members will meet the spending benchmark by the deadline. However, Germany still is not on track to meet the mark, which has been a point of contention between Washington and Berlin.

“I count on all allies to step up their efforts even more. This is about our shared security in a more unpredictable world,” Stoltenberg said at the end of talks Thursday.

In Brussels, participants also agreed to take steps to strengthen allied defenses if Russia does not come back into compliance with the 1987 Intermediate-Range Nuclear Forces Treaty by an Aug. 2 deadline.

Last year, the United States warned it would pull out of the pact if Moscow doesn’t dismantle a new missile system that Washington says violates a ban on missiles with a range between 310 and 3,400 miles. Russian officials deny that the missile in question has a range greater than 310 miles.

Esper said the U.S. must consider new steps and will begin research on ground based, non-nuclear, intermediate range missiles, as one possible way to counter Russia.

“The United States has upheld its end of the deal, Russia has not,” Esper said. “This is a dangerous and entirely avoidable reality, but Russia chose it.”