New 911 call center gets help to the Kanto Plain 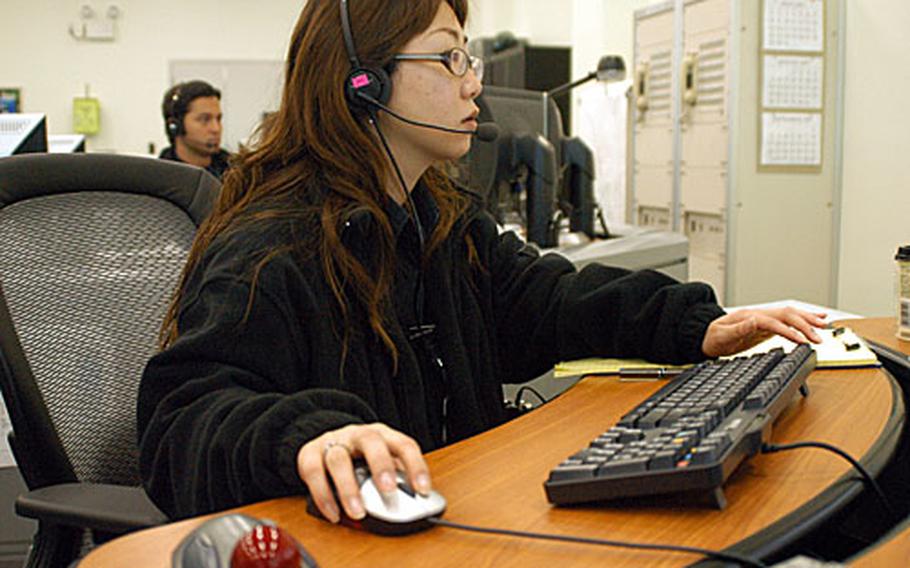 The $12 million center opened April 17 and houses high-tech equipment and the manpower to respond to and monitor emergency situations all over the Kanto Plain, said Capt. R.P. Wylly, CNFJ assistant chief of staff for operations, plans and training.

Dispatchers &#8220;are learning new tricks,&#8221; Wylly said, as one 911 call now covers emergencies of all kinds in the Navy housing communities and facilities in Yokosuka, Ikego, Negishi, Azuma Island and Yokohama North Dock. The system is a &#8220;big improvement&#8221; over the old one in which people had to memorize separate, installation-based numbers for each service, Wylly said.

But unlike in the U.S., callers for medical or security emergencies are transferred to the respective experts before an ambulance or a patrol car is sent.

That is because dispatchers are not &#8220;Emergency Medical Dispatch-qualified&#8221; to make a medical determination, and security personnel make their own call on what to do in a given situation, Wylly said.

Waiting to be transferred to the hospital unnerved Yokosuka resident Bettie Cheek last month when she called an ambulance after two softball players collided on Yokosuka&#8217;s field, she said.

She told her story to three people: the dispatcher and two medical personnel.

Wylly said that the transfers don&#8217;t affect response time and that each call is resolved within one to two minutes.

The center&#8217;s 17 dispatchers all are bilingual Japanese/English speakers, Wylly said, and they often run language drills under stress, he said.

Between opening day and Tuesday, the center had received 7,065 calls &#8212; all of which are recorded, he said.

Regionalizing emergency services is a priority in CNFJ, he said, and they currently are looking at Sasebo Naval Base for a future call center, he said.