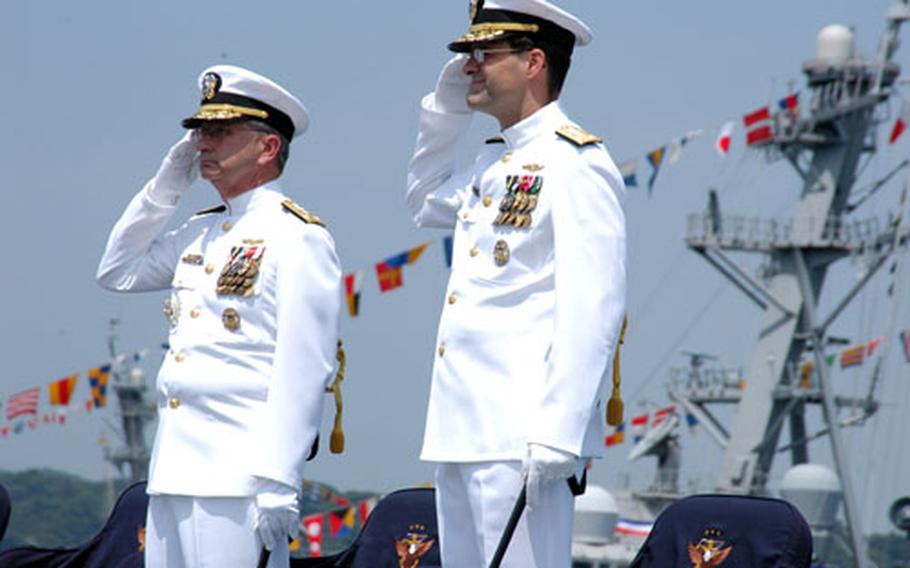 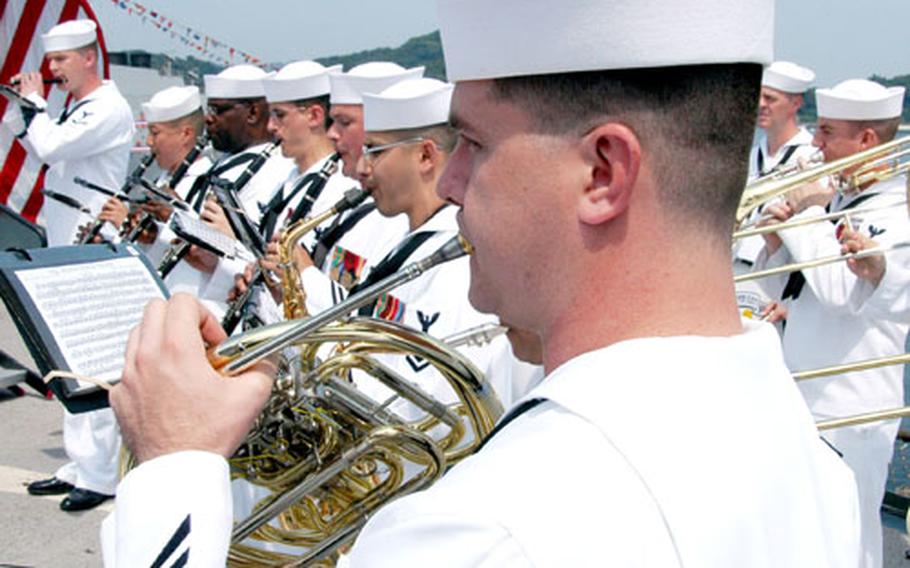 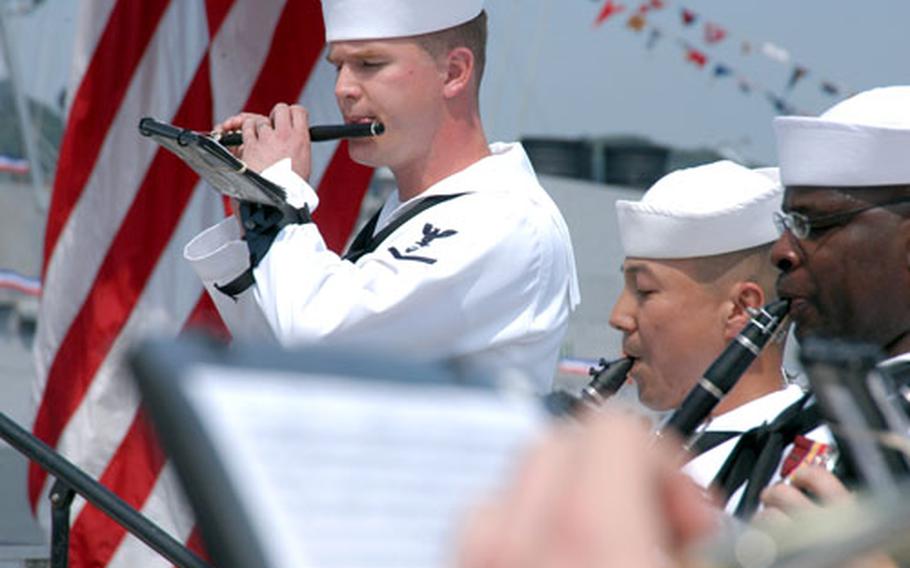 YOKOSUKA NAVAL BASE, Japan &#8212; Ceremonial flags fluttered, as did the hand-held fans Saturday, when new 7th Fleet commander Vice Adm. John Bird received a warm welcome from his colleagues &#8212; and the 90-degree weather.

Aboard the USS Blue Ridge, Bird&#8217;s flag was raised while outgoing commander Vice Adm. Doug Crowder&#8217;s was lowered, as Crowder heads to a Navy Staff position as the deputy chief of Naval operations at the Pentagon.

"This is the most important numbered fleet in the world," Willard said, thanking Crowder for his time and effort as fleet commander, while enumerating the qualities of Bird, who was serving as Willard&#8217;s deputy commander and chief of staff when he received the 7th Fleet post.

7th Fleet is the world&#8217;s largest forward-deployed naval force, with 21 ships deployed to Japan and Guam and an area of responsibility of 52 million square miles of ocean.