Netzaberg: A town with one restuarant, no people 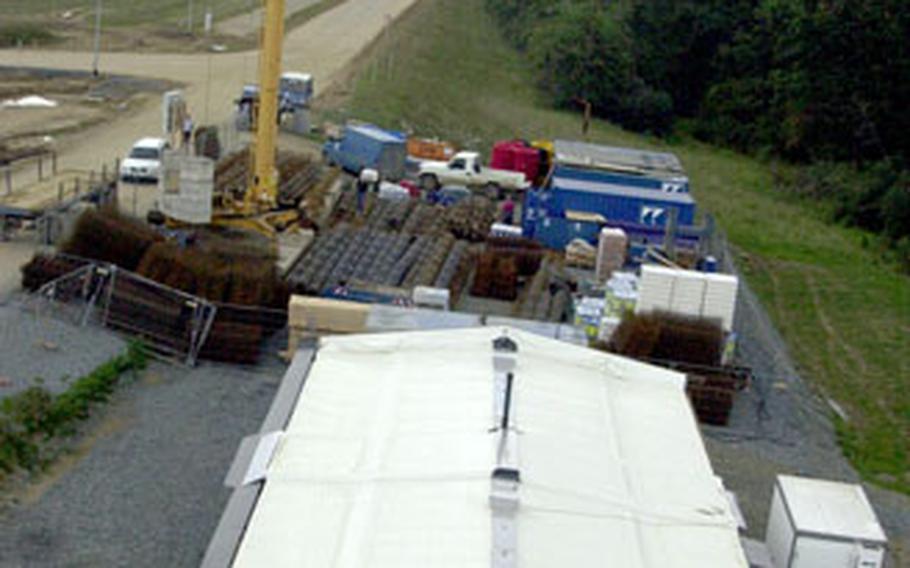 The Netzaberghutte, a restaurant for German contractors building a new town for U.S. soldiers and their families at Grafenwöhr, Germany. (Seth Robson / S&S)

The Netzaberghutte is the only place to find chow for 150 German contractors who are building Netzaberg &#8212; a new town for U.S. soldiers and their families at Grafenw&#246;hr. The town, scheduled to open next year, will feature middle and elementary schools, a youth center, convenience store, 830 houses and its own access road leading into the training area.

Right now, Netzaberg&#8217;s most defining feature is mud, caused by the heavy machinery workers are using to build the new road and construct the houses and other facilities.

The Netzaberghutte was brought to the building site last month, said the restaurant manager, Christa Schomers. It is made out of containers and parts of an old barn and is supposed to look like an alpine hut decorated with skis and carved wooden figures.

It was previously used as a restaurant at a Christmas market in Hof, a small town close to Grafenw&#246;hr, she said. The restaurant, which will be removed once the construction work is complete, seats 90 and serves German food such as schnitzel, curry wurst, roast meat, soup and noodles.

Alcohol is on sale but workers are not allowed to drink until after work. The facility is also available for parties in the evening, she said, adding that 35 U.S. soldiers and their spouses had a function there recently.

Regular customer Thomas Halm, of subcontractor Elektro Installation Shule, said he enjoys working at Netzaberg but was interested in what goes on in the nearby training area.

Another electrician working at the site, Sebastian Mittag, said weather is a big factor at Netzaberg.

&#8220;The most exciting thing that has been so far was a big thunderstorm. First, they had a big dust cloud and then came the rain. If it rains you have to have rubber boots to get to work because it is so muddy,&#8221; he said.

The electrical workers are expecting more weather-related challenges in coming weeks when it comes time to dig trenches for electrical cables. As long as it is dry, the work will not be complicated, but if it rains it could be interesting, Mittag said.