Networking their way to a secure future 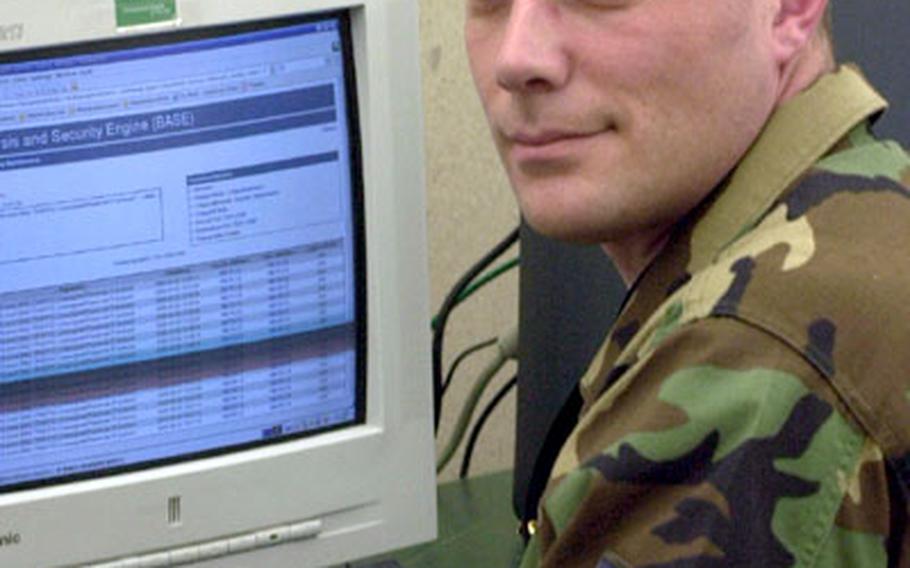 BAUMHOLDER, Germany &#8212; The virtual world is getting scarier by the minute &#8212; and that may mean more money and better job security for U.S. troops who work in information technology.

The payoff comes when they transfer their skills into civilian careers thwarting spammers, hackers, crooks and people trying to heist corporate secrets.

Network security is such a hot segment of the information technology sector that it&#8217;s difficult for the military to retain soldiers and airmen with these skills, said Master Sgt. Robert O&#8217;Connor, an Air Force reservist.

But even with credentials and clearances, getting exactly the job you want can take patience and discipline.

Staff Sgt. Ben Tompkins said he had four years in radio satellite communications with the Marine Corps. He&#8217;s now an Air Force reservist with the 102nd Information Warfare Squadron, based in Rhode Island.

Tompkins left the Marines in 1997 and went to work in Newport, R.I., doing research and development on torpedoes for BAE Systems, a multinational, publicly traded military contractor. That was fine, but information technology was where he wanted to be.

With a little planning and pickiness, he made it, but it took him five years to find the right job in network security, where jobs are more and more outsourced to temporary agencies, he said.

Tompkins advises that job hunters not jump into a position just because it pays more, or because it&#8217;s an entree into a field. Wait for the job with security and benefits, he said.

To get that great job:

Don&#8217;t job-hop when you leave the military. Prospective employers &#8220;will ask you, &#8216;Why did you stay at that company for only two months?&#8217;&#8221; Tompkins said.Do take advantage of any classes, seminars and, especially, military exercises. They&#8217;re r&#233;sum&#233;-builders, Tompkins said.By all accounts, the information technology field is wild and wide open, which is good for people coming out of the military.

He often works with techies who are clever, but undisciplined, O&#8217;Connor said.

His work was unscripted and unprecedented.

&#8220;What he was saying was, no one had ever done this or had ever gone this far before.