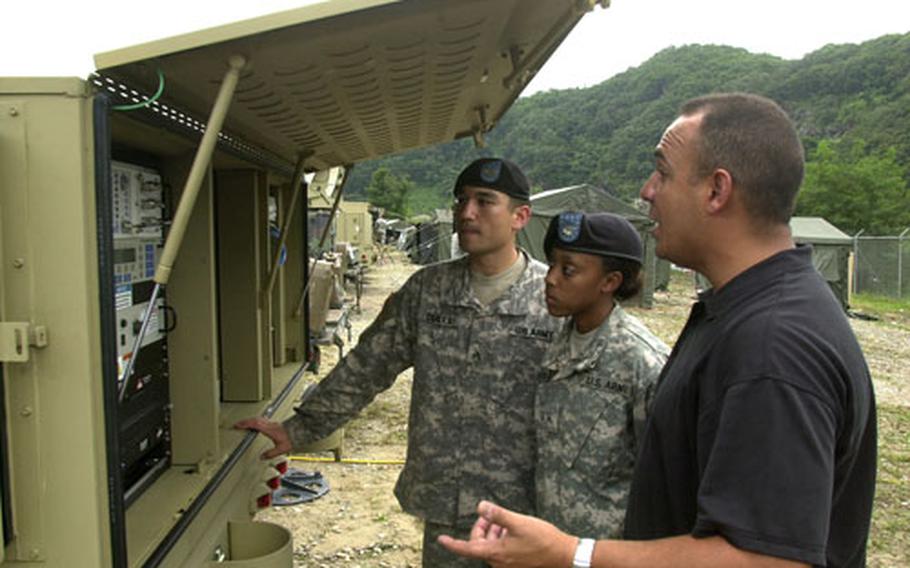 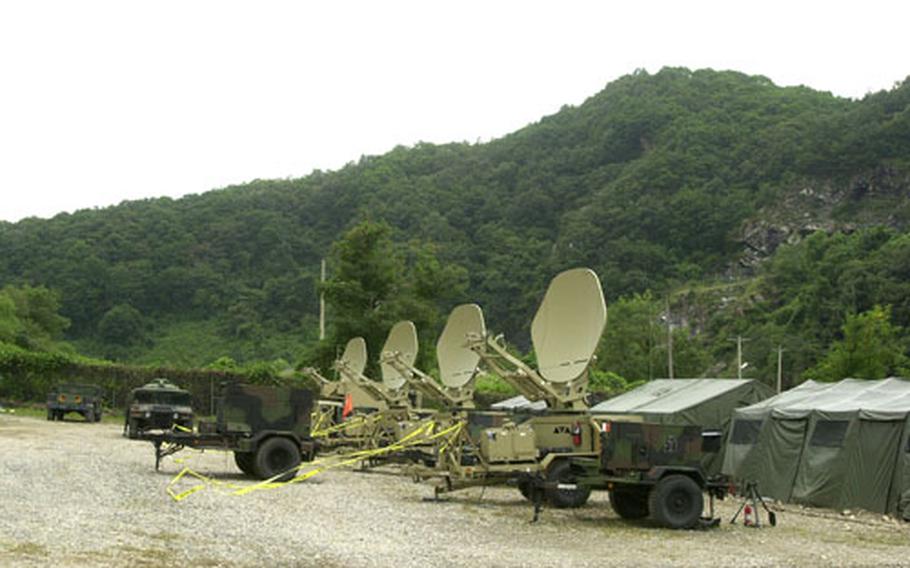 Soldiers say the new system is more compact and should dramatically improve bandwidth for network and voice communications in the field. (Erik Slavin / S&S)

CAMP HOVEY, South Korea &#8212; If the amount of data the U.S. Army in South Korea sends during field operations is likened to an 18-wheeler, the system it travels on is a country road.

The rocks and gravel soon will be replaced with a digital interstate for units at field locations on the peninsula, say 2nd Infantry Division soldiers working on a dry run of the new satellite-based system.

The Joint Network Node will provide voice-over-internet protocol (VoIP) phone lines and high-speed data transmission while taking up less space than current networking, soldiers said at the Camp Hovey demonstration site Thursday. The Army has been using the new system in other areas, including Iraq.

The original network system was set up to transmit voice only, though it&#8217;s been modified over the years to include digital traffic.

The new system also cuts down on maintenance and can be deployed quicker, said 1st Lt. Ben Van Meter, who worked with the system at a base near Baqoubah, Iraq.

Currently, it can take all day to set up the networking equipment for a brigade in the field.

Once the system is configured and soldiers are trained, it should only take an hour or so to set up for a brigade-sized element, soldiers said.

However, like any new system, this one has its kinks to be worked out. Soldiers from all three of the division&#8217;s brigades have been working on site with contractors during the past week to find them.

Some of the underlying technology is beyond what many soldiers and even corporate network professionals are used to, said Warrant Officer Michael Bailey.

However, once the subject matter experts figure out the proper configuration and procedures, it shouldn&#8217;t be anything that soldiers can&#8217;t handle, he said.