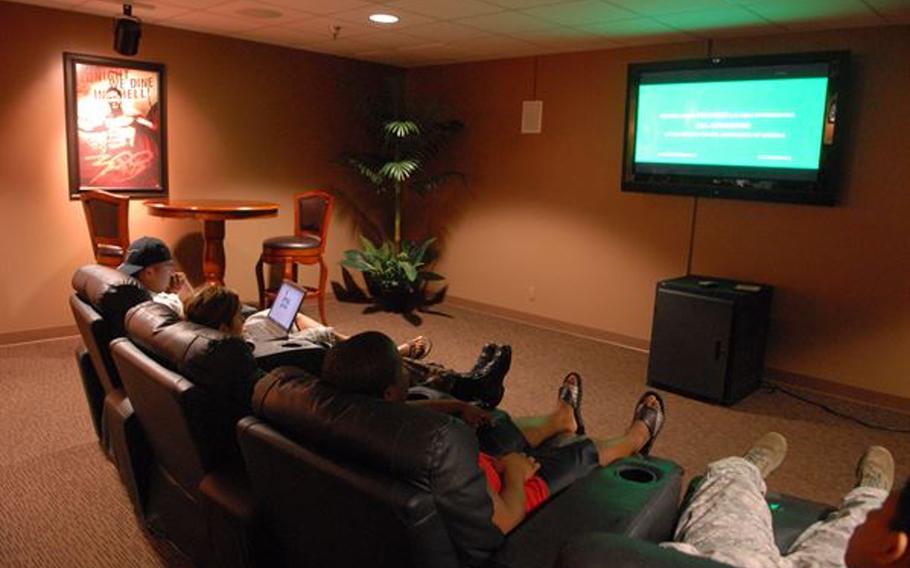 Internet streaming service Netflix recently announced it will attempt to block virtual private networks, or VPNs, which mask a user's Internet protocol address. If successful, some Netflix content might not be available in many overseas locations. (Courtesy U.S. Air Force)

Netflix recently announced it would increase efforts to block customers who have been circumventing geographical restrictions by going through a virtual private network, or VPN, to gain access to the company’s U.S. content. VPNs mask the user’s Internet protocol address, tricking websites into believing the user is located somewhere he’s not.

Netflix — which now provides its streaming service in more than 190 countries — says current licensing agreements with networks and studios do not allow all of its content to be shown globally and, therefore, the use of VPNs violates company policy.

“Netflix always exempts U.S. military bases around the world,” said Anne Marie Squeo, a spokeswoman for Netflix. “They will still be able to access the U.S. catalog.”

However, many servicemembers overseas live off base.

Though Netflix is now available in most locations where U.S. servicemembers are stationed, the amount and type of content available to those off base depend on the licensing agreements. Using a VPN gives the viewer more options.

Petty Officer 2nd Class Shaundell Wright, a quartermaster with Yokosuka Navy Base’s Port Operations Dispatch, said being stationed overseas can be culturally disorientating. Being able to access American media on Netflix allows her and her friends to feel closer to home, she said.

“For me Netflix is a way of being home. It boosts your morale by letting you watch the things you would be able to see at home,” Wright said. “We are already in a foreign country and everything is so different. So, to be able to watch Netflix feels good.”

The move to shut down the VPN work-around isn’t sitting well with some Netflix users.

Petty Officer 2nd Class Jesse Fowler, a hospital corpsman stationed in Bahrain, said that when he reviewed the content available in Bahrain, he was happy with the overall selection, but he noticed that a couple of shows he normally watches were missing.

Accessibility to more countries around the world is great, Fowler said, “but I’m mad if I can’t change where my Internet is so I can’t watch my own shows.”

“My VPN hasn’t been blocked,” Cutright said. “But if it does, I will be pissed. Netflix Bahrain is trash.”

Some experts question if Netflix will be successful in its attempt to block VPNs.

“There’s some low-hanging fruit they can get,” Karl Kathuria, the chief executive of Siphon Inc., which runs proxy technologies for users in countries like Iran and China that censor the Internet, told Wired.com. “But once you get past the standard VPN, the ones that have a limited infrastructure, after that, it’s going to start to get a bit more difficult.”

VPN providers also are confident they can create work-arounds to limit Netflix’s attempts.

Even Netflix has expressed concern about its ability to enforce VPN blocks.

“We do apply industry standard technologies to limit the use of proxies,” Netflix chief product officer Neil Hunt told the Globe and Mail in an interview at the CES 2016 convention in Las Vegas. “Since the goal of the proxy guys is to hide the source it’s not obvious how to make that work well. It’s likely to always be a cat-and-mouse game.”

For now, Netflix isn’t worried about public reaction to the VPN restrictions.

“We are not concerned that U.S. subscriber numbers will fall,” the company said in a statement to Stars and Stripes. Servicemembers, no matter where they’re watching, should find value in “our diverse slate of originals and licensed programming.”

The company says it will spend $5 billion in the next year in hopes that eventually all its content will be available to all its subscribers, regardless of location.

The goal is to eventually make all Netflix content available globally, David Fullagar, vice president of content delivery architecture at Netflix, said in a statement on the company website. “We are making progress in licensing content across the world and, as of last week, now offer the Netflix service in 190 countries, but we have a ways to go before we can offer people the same films and TV series everywhere.”

Stars and Stripes reporter Tyler Hlavac contributed to this article.