NEO exercise sends ‘evacuees’ from Okinawa to the mainland 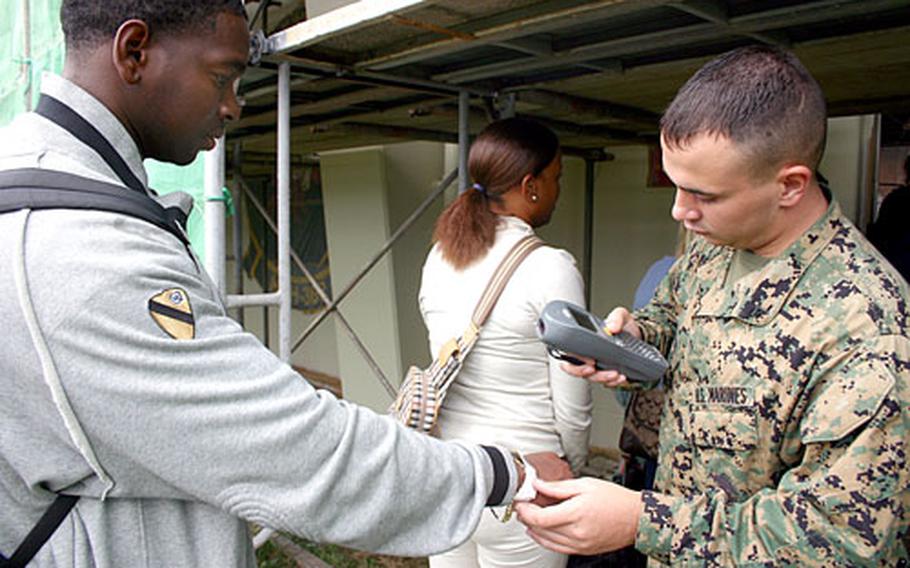 Army Sgt. Rodney Kendrick attaches a bar-code band around the wrist of Melanie O&#39;Neill, an Army spouse. The bar code was entered into a tracking system along with O&#39;Neill&#39;s personal information, and at several checkpoints throughout the evacuation process it was scanned so that O&#39;Neill&#39;s location could be tracked. (Cindy Fisher / S&S) 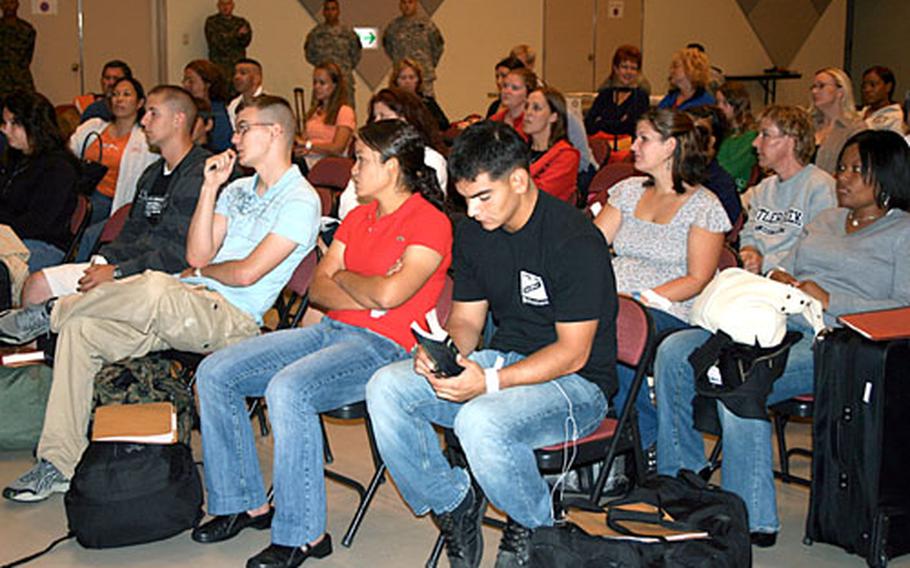 "Evacuees," servicemembers and family members who volunteered, listen to a briefing at the Camp Foster, Okinawa, Community Center on Wednesday morning during a noncombatant evacuation operation exercise. (Cindy Fisher / S&S) Volunteers board a C-130 at Marine Corps Air Station Futenma, Okinawa, bound for a Japanese base in Miho as part of a noncombatant evacuation operation exercise which started on Camp Foster, Okinawa, early Wednesday morning. (Cindy Fisher / S&S)

CAMP FOSTER, Okinawa &#8212; About 50 volunteer evacuees on Okinawa got a sense of what it&#8217;s like to be a FedEx package as Camp Foster Marines tested their Okinawa Area Coordination Supporting Plan on Wednesday.

It was the first time Marines conducted their noncombatant evacuation operation, or NEO, exercise by actually transporting evacuees from Okinawa to mainland Japan.

The evacuation was part of Keen Sword 2008, a two-week field-training exercise involving American and Japanese forces that is to conclude Nov. 16.

Around 6 a.m., they began arriving at the Foster Community Center, where Marines, sailors and soldiers simulated the steps needed to process and evacuate them.

Each evacuee was given a bar-coded band, which contained personal data for the NEO tracking system. At various checkpoints, bands would be scanned and the evacuees&#8217; new locations entered into the system.

In a real-world emergency, the military would keep track of evacuees until repatriation to the United States, keeping stateside families informed of their location, Hamling said.

In a real situation, family members would learn about their next destination and eventual return to the States, as well as information on how belongings left behind would shipped to them, representatives explained.

Volunteer feedback and after-action reviews will be used to refine the process, he added.

For others, the lure to volunteer was the flight to Yokota Air Base, where they were scheduled to spend Thursday on cultural tours of the area and return to Okinawa on Friday.