Neller: Marine aviation on the rebound after ‘horrible’ 2017 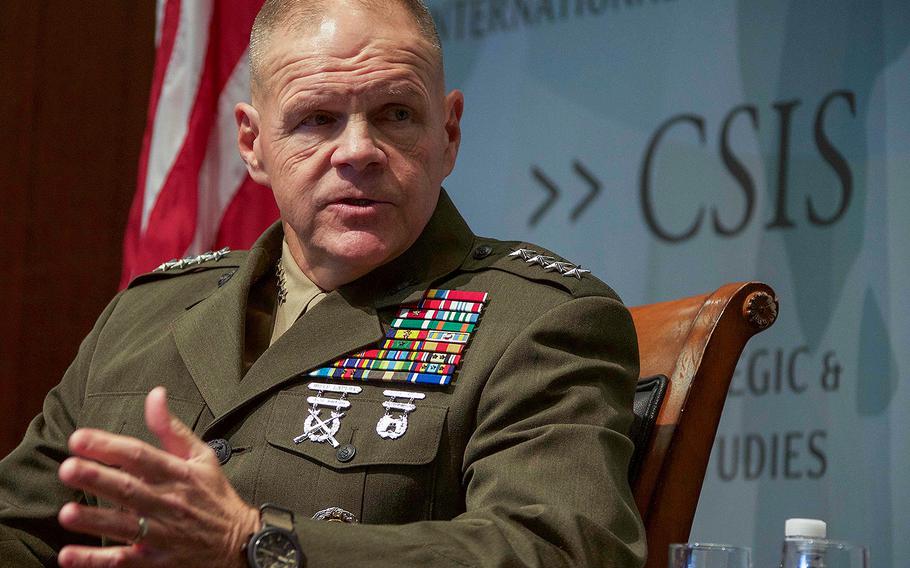 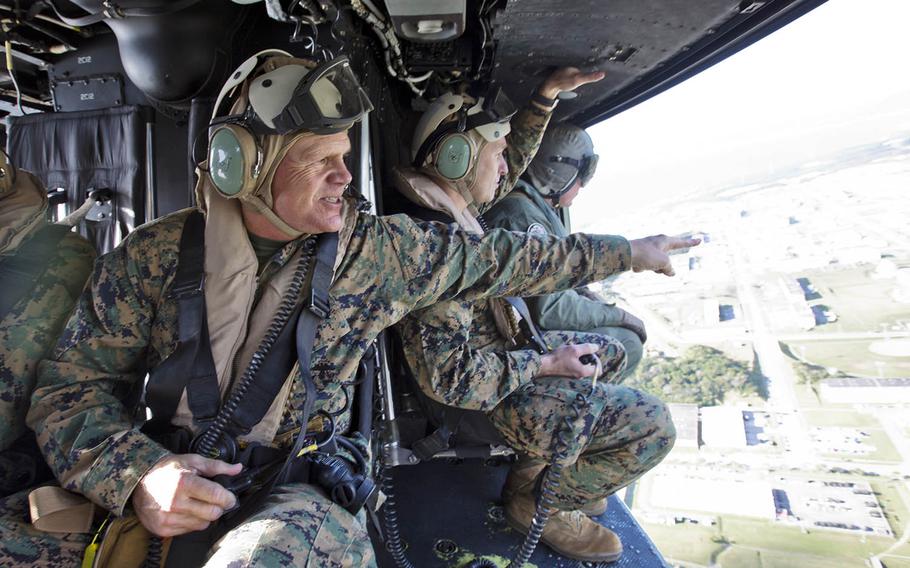 CAMP FOSTER, Okinawa — Marine Corps aviation had a “horrible” safety record last year but is on the rebound despite a slew of recent incidents on Okinawa, the service’s top official told a bipartisan think tank Thursday.

Marine Corps Commandant Gen. Robert Neller made the comments while discussing maritime security at a forum hosted by the Center for Strategic and International Studies and the U.S. Naval Institute in Washington, D.C.

Neller said there were 12 “Class A mishaps” in fiscal year 2017, up from nine the previous year and a low of five in 2010. A Class A mishap is an aviation incident that results in the death or permanent disability of a servicemember or more than $2 million in damage to an aircraft or government property.

Neller inferred that human error was to blame for most of last year’s incidents.

“We had a horrible year last year,” he said. “We had 12 Class As and some of them are horrific, but the majority of them, they were not the result of the material condition of the airplane, and I’m just going to leave it at that.”

To address the problem, Neller said a multipronged approach of increased flight hours for air crews, the acquisition of new aircraft and a faster turnaround on aircraft maintenance was needed. He said that while the Marine Corps has funding, the military has been hampered by Congress’ lack of ability to pass a multiyear budget, which facilitates planning, multiyear contracts and uninterrupted relationships with vendors, especially those that make parts.

Neller said 2018 is starting out better than last year in regard to safety, despite three emergency landings on Okinawa this month. There has been one Class A mishap this fiscal year and no aviation fatalities.

“We’re tracking a little bit better [this year] despite … precautionary landings of aircraft overseas,” he said. “Quite frankly I’m glad that they were precautionary landings because nobody got hurt and we didn’t lose an airplane. I mean, I understand the other side of that, but, so, you know, I’m not worried about that.”

“Ensuring safety of the local residents is the basic premise of U.S. military operation and there should not be any incidents or accidents,” he said Wednesday.

Abe said he spoke with President Donald Trump and reaffirmed their dedication to easing the burden for residents of Okinawa, which hosts about half of all U.S. servicemembers stationed in Japan.

“Japan and the U.S. will work together to ensure safety, making it a top priority,” said Abe, who also urged for the swift relocation of Marine Corps Air Station Futenma to Camp Schwab in Okinawa’s remote north.

“If the relocation to Henoko is realized, flight routes will be over the ocean, drastically improving safety,” he said.

Slew of incidents Marine aviation in Japan has come under the microscope after a series of mishaps in recent months.

On Tuesday, an AH-1Z Viper helicopter made an emergency landing at a municipal helipad on Okianwa’s Tonaki Island. Similar incidents happened on the southern island prefecture on Jan. 6 and Jan. 8.

Japanese officials asked the U.S. military not to fly over the school after the incident; however, they complained last week that the U.S. had, in fact, done so.