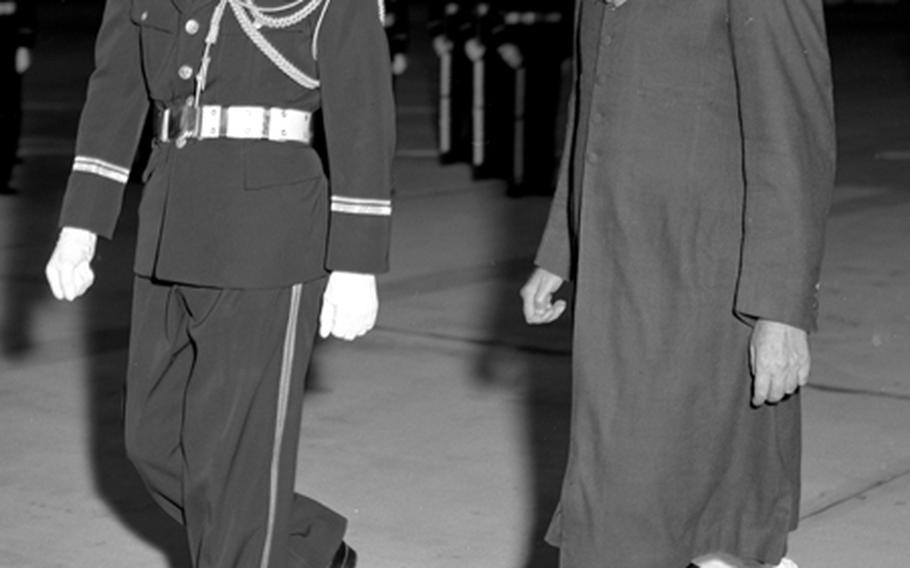 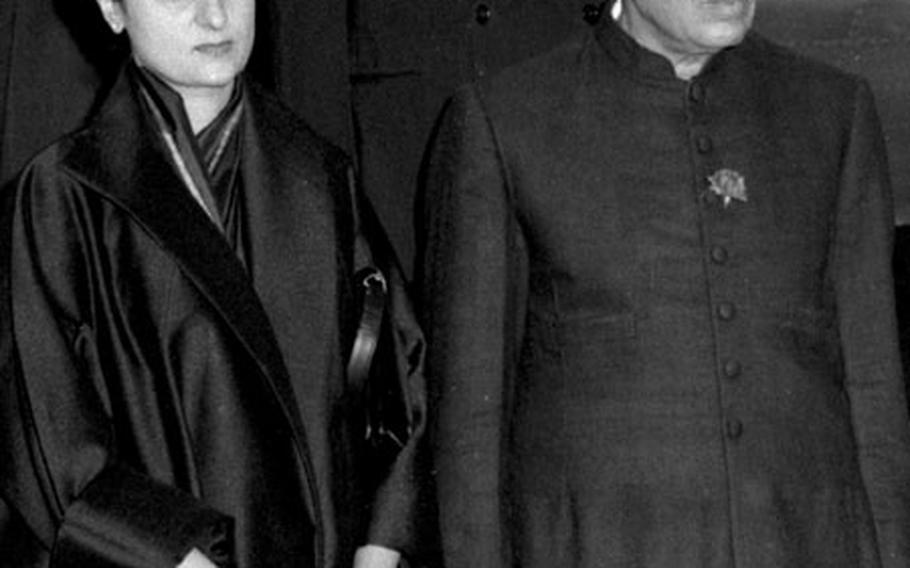 TOKYO &mdash; Prime Minister Jawaharlal Nehru of India arrived in Tokyo Friday for a 10-day visit, fulfilling what he termed a "lifelong ambition."

Japan's Prime Minister Nobusuke Kishi, whose recent visit to India Mr. Nehru is returning, was the first of numerous government officials to greet the visiting statesman.

In an impromptu speech before more than .2,000 spectators and 200 newsmen who gathered to meet his plane, Mr. Nehru said: "It has long been my wish to come to Japan and at last my wish has been fulfilled.

"I am happy to come as a messenger of good will and affection," be continued, and "I hope my visit will help mutual understanding between our two countries."

The Indian leader, accompanied by his daughter, Mrs. Indira Gandhi, arrived via an India Airline Super-G Constellation at 5:05 p.m.

THE PRIME MINISTER, clad in the traditional Indian dress of long brown achkan, Gandhi cap, and tight white trousers, paused briefly on the plane ramp before debarking, while the Japanese Self-Defense Force Honor Guard and Band saluted him.

He was then greeted by Ken Harada, grand master of ceremonies, who delivered greetings from Emperor Hirohito. Mr. Nehru then received a garland of red and white carnations.

Garland around his neck, Mr. Nehru walked down a 50-foot long red carpet which had been extended from the plane ramp.

AT THE END of the carpet. he was greeted by the waiting Mr. Kishi and then proceeded down a long line of diplomats, greeting each one warmly.

Also included in the reception line were more than 100 Indian residents of Tokyo, dressed in the colorful garb of their country.

The unit wore, for the first time, their newly designed green uniforms with gold trim.

THE PRIME MINISTER then made his short address before newsreel cameramen. Afterward he and Mr. Kishi entered a waiting limousine and sped off, preceded by a police escort, to the State Guest House where Mr. Nehru stayed Friday evening.

Mr. Nehru will register his name at the Imperial Palace Saturday. He will later confer with Mr. Kishi and Foreign Minister Alichiro Fujiyama at the prime minister's official residence.

Following the conference, the Indian statesman will attend a luncheon at the Indian Embassy, after which he will leave for Hakone where lie will dine with Mr. Kishi at the Fujiya Hotel.

Tuesday he is scheduled to visit Ueno Zoo to see the elephant which he presented in 1948 to former Prime Minister Shigeru Yoshida. Wednesday he plans to tour Hiroshima and Osaka.