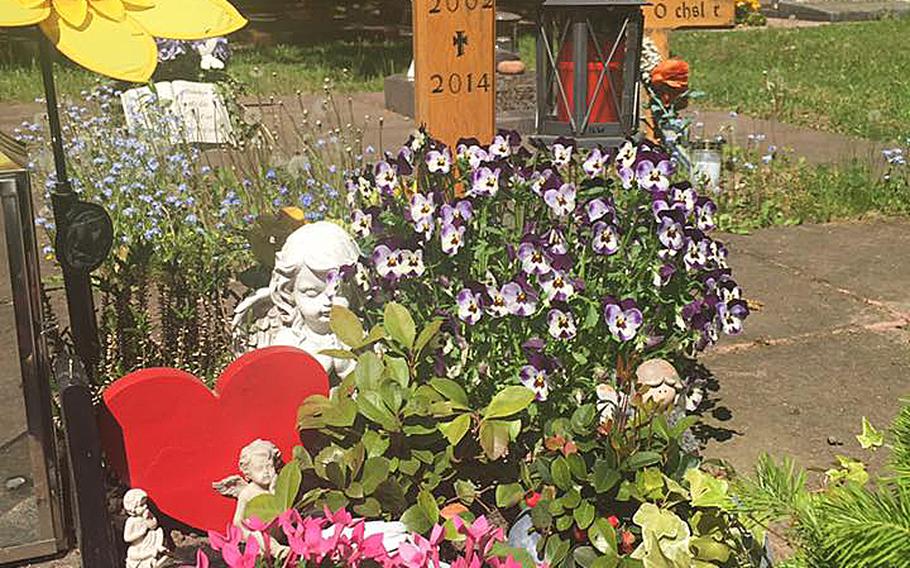 Amber Walker, the daughter of a U.S. servicemember, died in August 2014 after she was run over by rotating platforms on the Spinning Barrels ride at the park in Hassloch, Germany. A theme park ride operator was found guilty Friday, June 3, 2016, of negligent homicide in connection with the death. (Facebook)

NEUSTADT, Germany — A theme park ride operator was found guilty Friday of negligent homicide in connection with the 2014 death of an American soldier’s daughter.

But two other Holiday Park employees responsible for training park attendants, who faced similar charges, were absolved of any criminal wrongdoing.

Thanujan Tharmathurai, a 22-year-old Kaiserslautern university student was operating the Spinning Barrels ride on the day Amber Walker, 11, was killed.

The two co-defendants an operations manager, and Tharmathurai’s training supervisor, were found not guilty of negligent homicide.

The three men could have been sentenced to up to five years in prison if convicted.

Amber died in August 2014 after she was run over by rotating platforms on the Spinning Barrels ride at the park in Hassloch, Germany. Prosecutors maintained that the three defendants were to blame for a series of careless mistakes that allowed Amber and her mother, Claudia Walker, to access the platform seconds before the ride started.

The judge said a combination of negligence and technical failure led to the accident, such as an open door that allowed access to the ride after the operator had returned to his booth.

The judge found Tharmathurai did not make an announcement warning the ride was about to start, but he was not held accountable for the omission since he was not trained by the park to do so.

Amber’s parents expressed anger and disappointment at the verdict and said they planned to appeal.