Negishi youths get pro treatment during visit to Yokohama Stadium 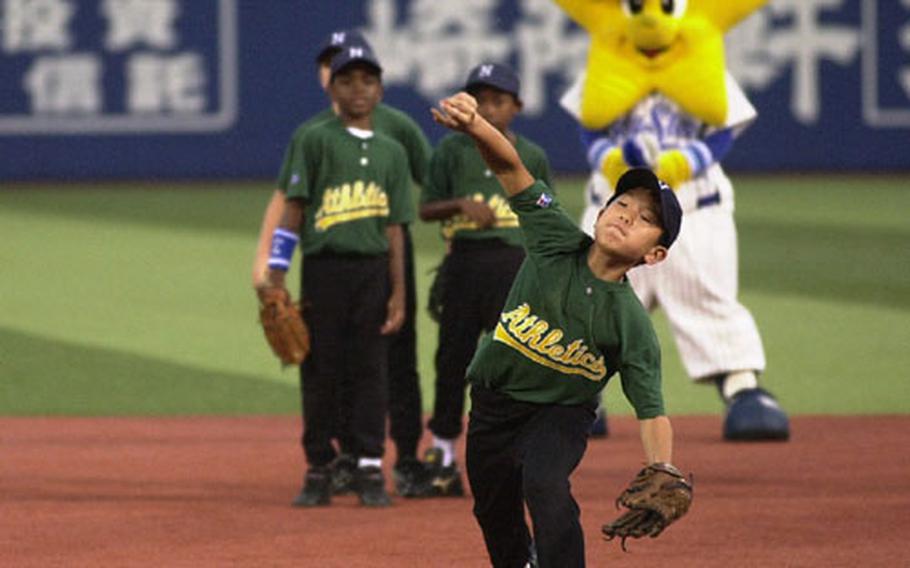 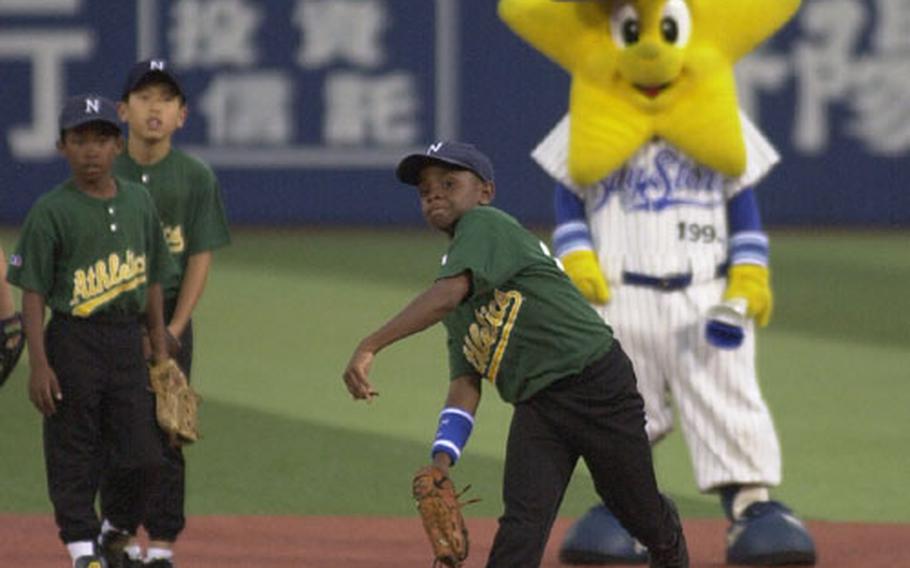 Negishi pitcher Alphonso Chapman (center) throws back the baseball he fielded at Yokohama Stadium while his teammates (from left) shortstop Shareef Hicks and third baseman Josh Song watch and wait for their turn. (Jim Schulz / S&S)

YOKOHAMA, Japan &#8212; The Yokohama Stadium lights glared, and its green glass shone as Alphanso Chapman caught a grounder and threw it back to home plate. &#8220;Good throw,&#8221; a voice over the stadium speaker boomed as his play was broadcast on the stadium&#8217;s big screen.

Business as usual at the stadium where Japanese professional teams play &#8212; except that Alphanso is 10.

A BayStars assistant coach hit infield practice to Negishi and other local youth players before Yokohama&#8217;s game Wednesday evening. It was a part of the team&#8217;s efforts to show the children the best part about baseball and give them a feel for the diamond by fielding grounders from the pros.

The Negishi Athletics visit was arranged after Robert Santana, the Negishi youth sports director, learned of it from a newsletter. The children also received free tickets to the game.

Meeting the pros also was a treat for the young players.

&#8220;Players took an active part in meeting the kids and supporting the military,&#8221; Santana said.

Josh Song, 10, said the highlight of his day was meeting Tyrone Woods, the BayStars first baseman and last year&#8217;s Central League home run champion. &#8220;He was nice and it was exciting,&#8221; Song said.