NCO: 'I'm always trying to be among the best' 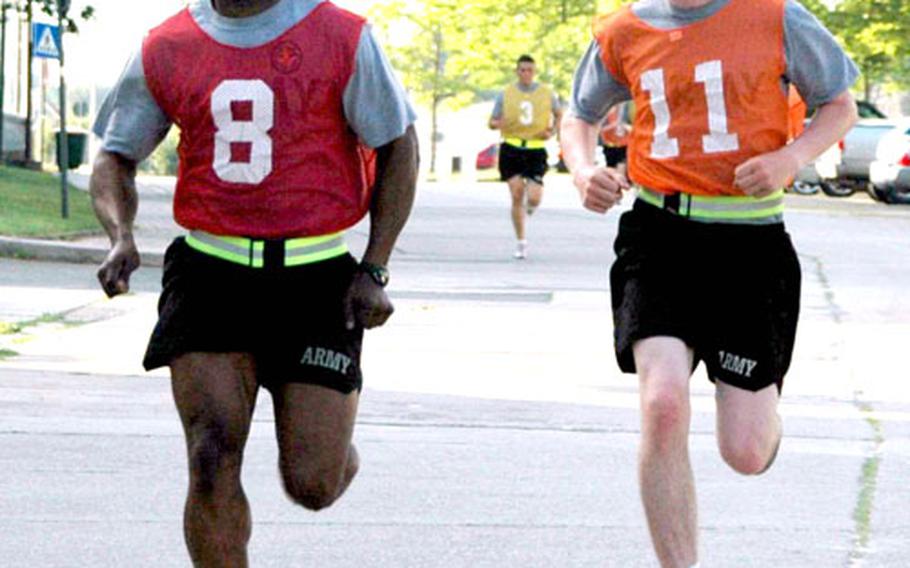 Sgt. Delroy Barnett, left, a soldier with 1st Armored Division’s 123rd Main Support Battalion, hustles to the finish line to clutch the title of Top Warrior for the division in July. (Courtesy of 1st AD PAO)

He won that, too.

At 37, Barnett isn&#8217;t some young buck out to prove himself. Long before enlisting in the U.S. Army in February 2003, he served six years as an infantryman in the Army in his native Jamaica. There, with a focus on jungle warfare, he regularly trained with U.S. and British special forces, he said.

&#8220;The recruits are normally treated in a much harsher way than they are in the United States Army,&#8221; Barnett said.

Barnett never shied away from the physical aspects of military life. For him, cranking out 105 pushups in two minutes for a physical fitness test is routine, not a cause for celebration. Even before Barnett started doing the competitions, he was out on his own running through the vineyards and ruck marching, Patton said.

While he&#8217;s done plenty on his own to win, Barnett gives a lot of the credit for his success to his leadership.

As soon as he won U.S. Army Europe noncommissioned officer of the year, Barnett started training five days a week for the all-Army competition in October. His sergeant major, Charles Penn, developed a training schedule to help Barnett along the way.