NCO academy for NATO nations is in the early planning stages 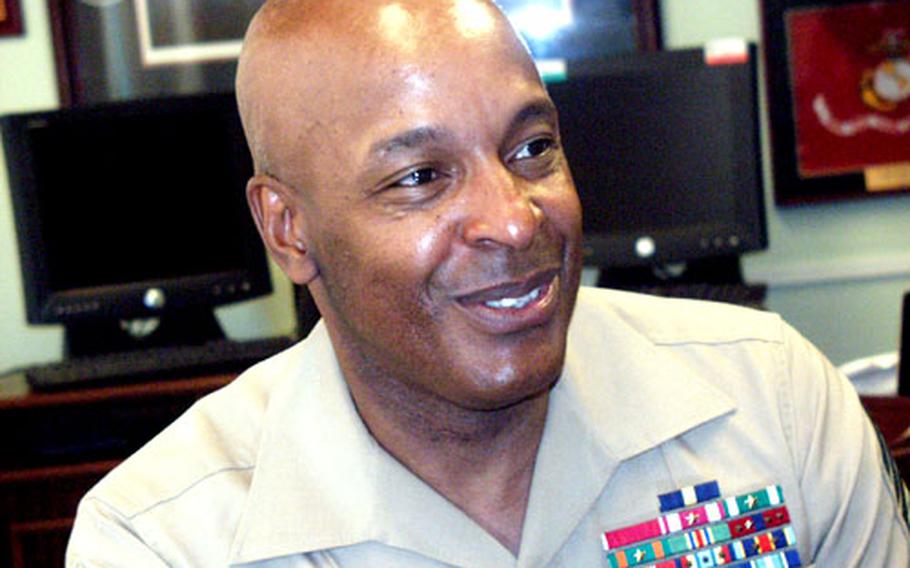 CASTEAU, Belgium &#8212; NATO officials are in the process of establishing an academy for senior noncommissioned officers, especially those from Eastern European nations, according to the alliance&#8217;s top NCO.

The development of an NCO academy is in the early stages, but NATO is committed to creating one that is similar to what the alliance offers its officers, said U.S. Marine Corps Sgt. Maj. Alford L. McMichael.

Ideally, McMichael said, the academy would open within the next year or so, possibly collocated with the NATO School in Oberammergau, Germany, or the NATO Defense College in Rome, for example. The purpose of the academy would be to develop a uniform code of standards and procedures for all enlisted NATO personnel, he said.

It&#8217;s not an issue of &#8220;brick and mortar,&#8221; he explained, but of working out the details with the principals, such as the directorates of the NATO schools and Gen. James L. Jones, the Supreme Allied Commander Europe.

In addition to the schools in Rome and Oberammergau, the alliance has a third school, the NATO Communication School in Latina, Italy.

U.S. Army Col. Cathy Abbott, a member of Jones&#8217; staff, said Thursday that the alliance, at least at first, could take advantage of U.S. Army NCO courses offered in the theater.

The decision to offer professional development courses to the alliance&#8217;s NCO corps evolved, in part, from the guidance that came out of the 2000 NATO Summit in Prague, Czech Republic, McMichael said. At that summit, the alliance made a commitment, among other things, to fostering a much more integrated approach to issues.

When McMichael was selected a year ago to become the alliance&#8217;s first senior noncommissioned officer, he made a point of compiling a multinational staff that mirrors what alliance leaders are after. His staff includes people from the Netherlands, Germany, Canada, Romania and the United States.

&#8220;My staff is probably the most international group of people in the whole building,&#8221; he added.

McMichael said it is important not to put an American face on the program, though right now some NATO noncommissioned officers are attending the U.S. Army&#8217;s Sergeant Major&#8217;s Academy at Fort Bliss, Texas.

Eastern European NCOs have also gone to Marine boot camps, not as recruits but to watch and learn how Marine drill instructors operate.

Whether American or not, senior NCOs know it&#8217;s the little things, such as cleaning guns or checking equipment, that are important in a war zone.

&#8220;Those are the things that make the difference [as to] whether you come home or you are sent home&#8221; as a casualty of war, McMichael said.

Whether they come from a British, German or American instructor, lessons learned need to be passed to the newest members of the alliance.

Currently, NATO is using regional mobile training teams, such as the one in Naples, Italy, to bridge the knowledge gap. McMichael said it&#8217;s important for the alliance&#8217;s most senior members to impart as much as they can to the newest members.