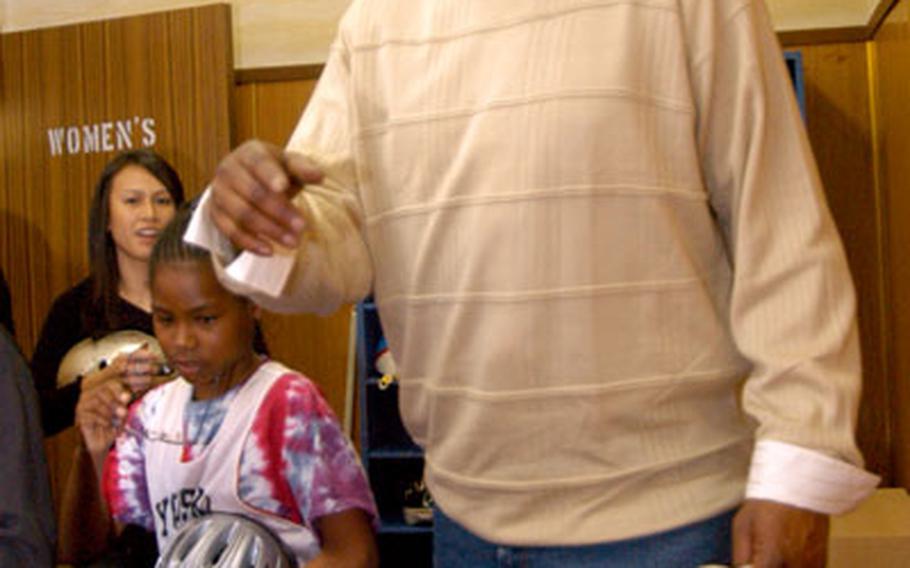 Joe Bryant, 51, chatted with members of the Yokosuka Heat youth basketball team at the base&#8217;s new fitness center at their end-of-season banquet Wednesday.

Military kids have special responsibilities, he told them.

Bryant moved to Japan in October to coach the newly formed Tokyo Apaches professional team from October to April. Then he heads back to the United States from May to September for his other job as a coach for the WNBA&#8217;s L.A. Sparks.

Coaching the Tokyo team put him in contact with referee Willy Adams, who also coaches the Yokosuka Heat. Adams first brought Bryant to base in October, he said.

Bryant played eight seasons in the NBA, averaging 8.7 points per game in 606 career games, and pro ball in Italy, where Kobe spent part of his childhood.