Navy aircraft returning to former Cold War base in Iceland 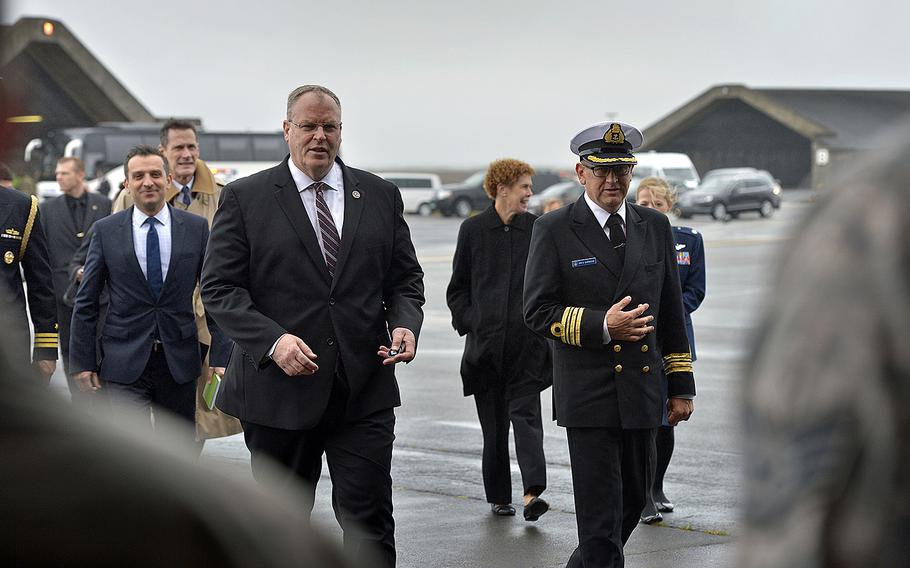 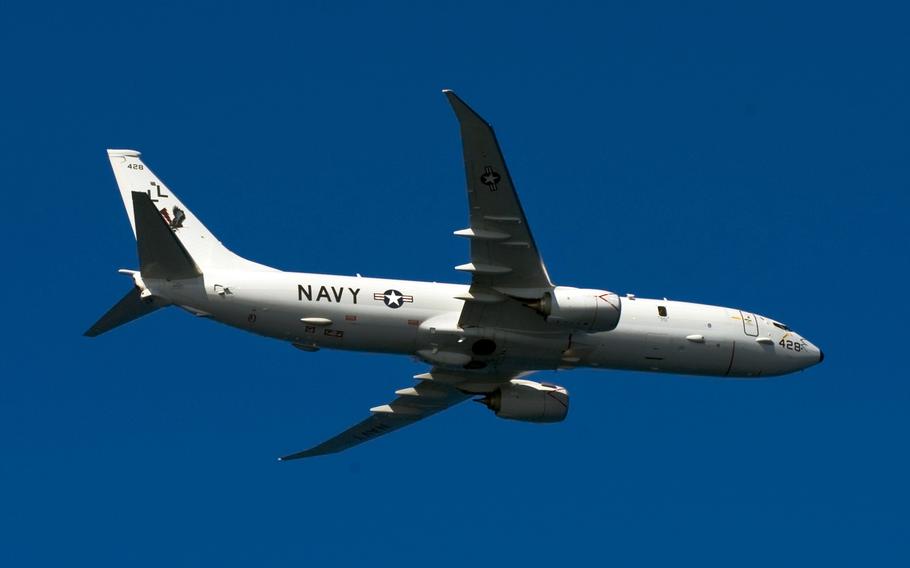 A P-8A Poseidon assigned to Patrol Squadron 30 flies over the aircraft carrier USS Harry S. Truman in the Atlantic Ocean in 2012.The P-8A's primary function is anti-submarine and anti-surface warfare. (Mike DiMestico/U.S. Navy)

NAPLES, Italy — The Navy is turning to a former Cold War air base for a familiar mission — hunting Russian submarines.

The service is asking for funds to upgrade an aircraft hangar at its former base in Keflavik, Iceland, as part of the Defense Department’s fiscal 2017 budget request, according to Navy officials. The hangar will house the P-8 Poseidon, successor to the sub-hunting P-3 Orion once stationed at the base.

Naval Air Station Keflavik was home to thousands of servicemembers who supported Navy and Air Force fighter jets, tankers and rescue helicopters before closing in 2006.

The Navy now routinely sends P-3’s to Keflavik from its air base in Sicily to patrol for Russian subs in the North Atlantic, a Navy official said. The P-8 will fill the same role once the hangar is updated with new wiring, flooring and a rinse station, the official said, speaking on condition of anonymity because he wasn’t authorized to speak on the record about the project.

Russian submarines are patrolling the North Atlantic more frequently than at any time since the end of the Cold War, U.S. and European defense officials say. Suspected Russian subs have been spotted repeatedly off the coast of the United Kingdom, as well as Norway and Finland in the past year.

Deputy Secretary of Defense Bob Work visited Keflavik last September to explore new uses for the installation. Icelandic media reported that he raised the possibility of reopening the base.

The Navy’s return to Keflavik revives an American presence that ended when the service shifted its focus in Europe away from the North Atlantic and toward the Mediterranean. Established in 1951, the base is strategically located midway between the U.S. East Coast and Europe, making it ideal for patrolling the frigid waters between Greenland, Iceland and the U.K.

Iceland’s government has maintained the property since the Navy departed, keeping many facilities like hangars intact and in place. Iceland, a NATO member, has no military.

Keflavik was home to about 2,500 Navy and Air Force personnel when the base closing was announced in 2006. One year later, the Navy moved its Europe headquarters from London to Naples, Italy, where it oversees bases in Spain, Sicily and Greece.