Navies wrap up mine countermeasures exercise in Middle East 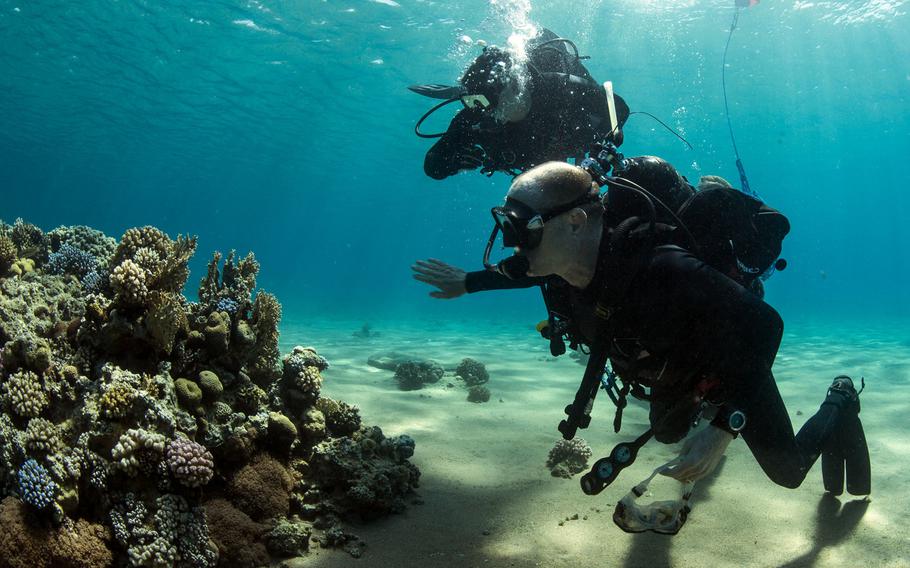 MANAMA, Bahrain — Navies from 30 nations on Tuesday wrapped up a monthlong exercise aimed at keeping international waterways in the Middle East region safe.

Though not related to any specific threat, the International Mine Countermeasures Exercise, led by U.S. Naval Forces Central Command, addressed real-world threats, such as a sea mines and improvised explosive devices in a major sea lane.

The Middle East is home to three major choke points for international shipping, including the Suez Canal, Bab al- Mandab strait and the Strait of Hormuz, where nearly a fifth of the world’s oil transits.

“You couldn’t just show up and declare success,” Donegan said in a statement. “You actually had to get in the water.”

More than 4,000 civilian and military personnel participated in the exercise, which took place in the Persian Gulf, the Gulf of Oman and the Red Sea. Participants focused on defensive operations, including mine countermeasures, maritime security and maritime infrastructure protection.

“What was showcased was a new level of interoperability, coordination and resolve on an international stage that has not been seen before,” Lt. Ian McConnaughey, a NAVCENT spokesman said. “All participants came together to face myriad threats, to include state and nonstate actors that present themselves in this unique and dynamic region of the world.”

“What we have learned is that our industry partners, international and regional partners ... are equally committed to safeguarding security in this area of operations,” McConnaughey said.

“What’s important to each of our nations is the free flow of commerce,” Donegan said. “We did raise the bar, and we did it in a way that will be a springboard for next year and the years after.”

Tensions remain high around the strategically and economically important region because of recent Iranian activities and the threat of terrorists and other nonstate actors gaining access to sea lanes.