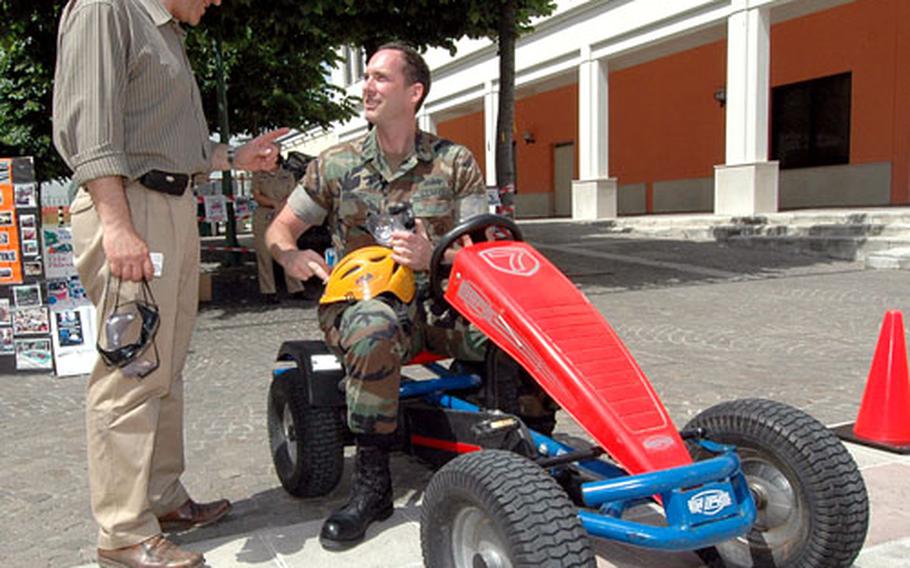 Rota, Spain, kicked off its summer safety program to coincide with the beginning of the Spanish festival season in early May. Most European commands usually start their campaign before the Memorial Day weekend.

Loss of life from any of these areas has a direct impact on the Navy and its personnel, he said.

In the first three months of the fiscal year, the Navy had more personal motor vehicle deaths than it had expected for the entire year, according to the Naval Safety Center in Norfolk, Va. The center reported 30 sailors killed in off-duty crashes between Oct. 1 and Dec. 31, 2005, which was one above the expected total of 29 or fewer.

As of May 17, that number is up to 55 vehicle deaths out of 79 total sailors killed this fiscal year; out of the remainder, only 13 were work-related.

Last fiscal year, there were 101 Navy deaths, of which 79 were traffic deaths.

&#8220;This is probably because our sailors and employees do more things connected to the base,&#8221; he said, explaining that in the States, people tend to work there and socialize elsewhere.