Naval Base Guam gets new skipper 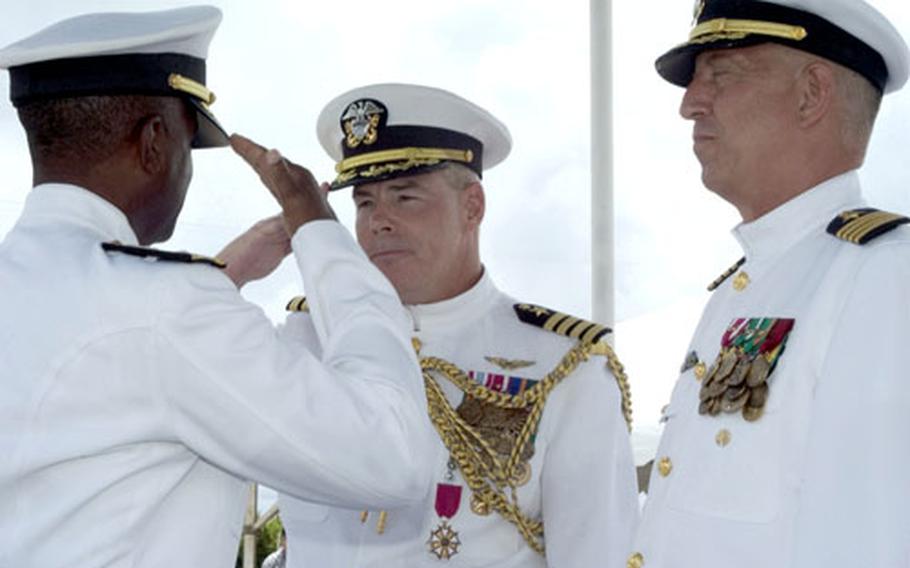 Capt. Kenneth Freeman took the reins of U.S. Naval Base Guam on Friday during a change-of-command ceremony.

Freeman relieved Capt. Robert McNaught, commanding officer of Naval Base Guam and chief of staff of Commander, Naval Forces Marianas since June 2003. McNaught heads to Worcester, Mass., to instruct the Naval ROTC unit at the College of the Holy Cross.

Freeman reports to Guam from Patuxent River, Md., where he served as a deputy of logistics integration for Naval Air Systems Command, according to a Navy news release.

As commander of Naval Base Guam, Freeman will oversee waterfront operations, ordnance and other logistic support to fleet units and operational forces of the 5th and 7th Fleets and provide policy support and services to activities and personnel in Guam and the Mariana Islands area, according to the Navy.

Freeman a former enlisted sailor was commissioned as a limited duty officer in 1981 after 11 years of service and advancement to chief petty officer.