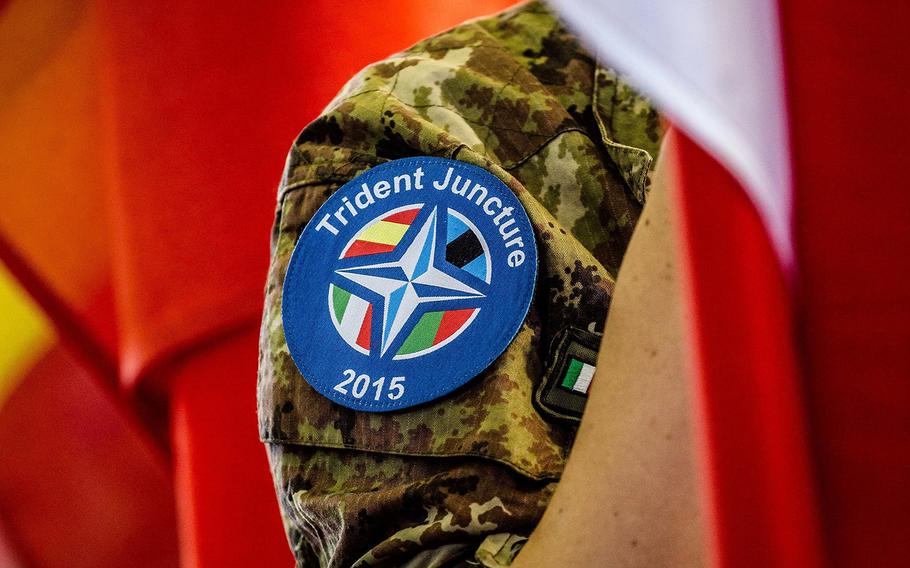 Fly-by of aircraft at the end of the opening ceremony of Exercise Trident Juncture 2015 at Trapani Air Base, Italy. A KC-767 tanker is in the lead, with two AMX on the left, two Eurofighters on the right and three Tornados at the end of the Italian formation. (Christian Timmig/Joint Force Command Brunssum) 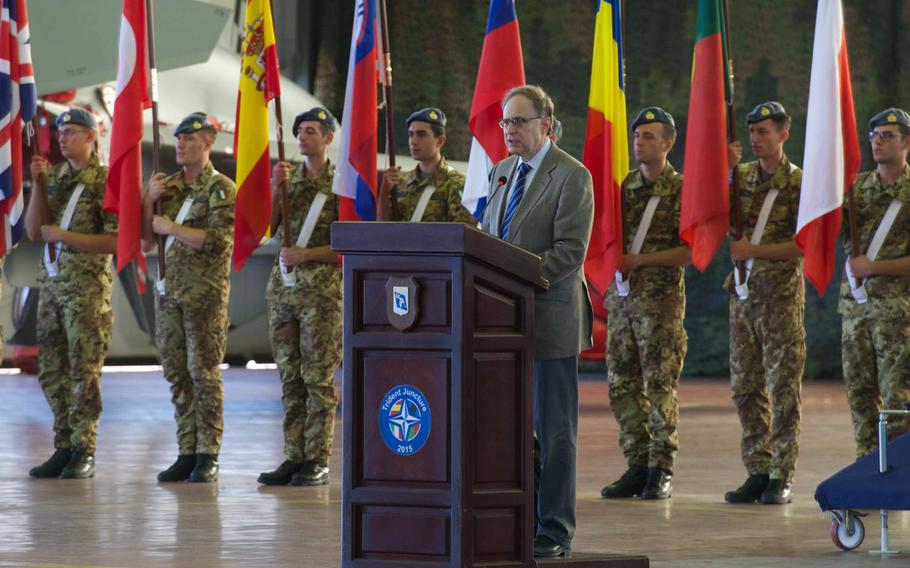 The U.S.-led NATO alliance kicked off its largest exercise in more than a decade on Monday with thousands of troops fanning out across southern Europe, where allied rapid-response capabilities will be put to the test.

The exercise will demonstrate “that NATO is ready and able to defend any ally against any threat in any form,” NATO Deputy Secretary-General Alexander Vershbow said at an opening ceremony for Trident Juncture held at Trapani Air Base in Italy. “It will demonstrate our ability to move quickly and decisively beyond our borders to protect our partners and our interests.”

The exercise, which involves 36,000 troops from more than 30 countries, comes as NATO attempts to transform itself into a more nimble fighting force.

Since Russia’s intervention in Ukraine last year, NATO officials have declared that the alliance must adapt to a changed security environment in Europe. During the past year, NATO has worked to heighten its state of readiness by doubling the size of its crisis-response force, set to grow to 40,000 troops. In addition, a new spearhead force, known as the Very High Readiness Joint Task Force, has been established as a rapid-reaction unit capable of mobilizing in 48 hours.

A main feature of Trident Juncture will be monitoring the performance of such capabilities.

“The last time NATO regularly held exercises of this magnitude, we were in the midst of the Cold War, facing the Soviet threat. While there was always the possibility of nuclear war, in general, the Euro-Atlantic area was a place of stability,” said Vershbow, a U.S. diplomat.

“Now, we have a far more unstable and potentially more dangerous situation,” he said. “In the east, Russia has illegally annexed Crimea, continues to support the separatists in eastern Ukraine; and now appears to have entered the war in Syria firmly on the side of (President Bashar) Assad. And to our south, from Syria to Libya, failed and failing states have opened the door to extremist and terrorist groups, eager to fill the vacuum.”

The exercise objective will be to aid the fictitious country of Sorotan, a non-NATO member torn by internal strife and facing an armed threat from an opportunistic neighbor.

Troops taking part in the exercise are expected to work through scenarios such as countering terrorists, force-on-force fighting and confronting unconventional “hybrid warfare” tactics, which can include propaganda and proxies. Operations will range across Portugal, Spain and Italy and involve land forces, air exercises and maritime components in both the Atlantic and Mediterranean. The war games will continue into November.

While it has been planned for more than two years, the exercise has taken on added significance in the wake of Moscow’s seizure last year of Ukraine’s Crimea Peninsula. The effort also coincides with new threats along NATO’s southern flank. While a more assertive Russia has renewed NATO’s focus on the Baltics and eastern Europe, the rise of the Islamic State group on NATO’s doorstep to the south has also grabbed the attention of military officials.

“In this new world, NATO’s allies and partners must be able to move quickly and act decisively, to deter and defend against those who would do us harm at home and be able to respond to crises beyond our borders when our interests are threatened,” Vershbow said.