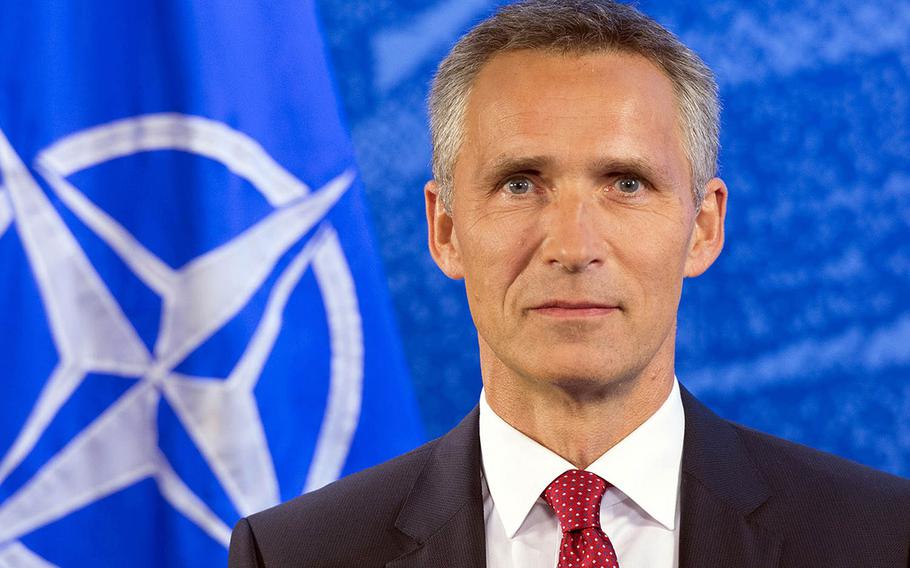 NATO Secretary General Jens Stoltenberg announced on Friday, 8 April, 2016, that the NATO-Russia Council would meet soon after a two-year hiatus. The consultative body, which groups the ambassadors of NATO's 28 member states and Russia's envoy to the organization, hasn't met since June 2014, following Russia's intervention in Ukraine. (NATO)

NATO and Russia will hold their first ambassador-level talks in two years, since soon after Moscow’s intervention in Ukraine, the alliance announced on Friday.

The reconvening of the NATO-Russia Council will occur within the next two weeks at NATO headquarters in Brussels, alliance Secretary-General Jens Stoltenberg said.

“The NATO-Russia Council will discuss the crisis in and around Ukraine and the need to fully implement the Minsk Agreements,” Stoltenberg said in a statement. The Minsk Agreement set the terms for a cease-fire between Ukrainian forces and Russian-backed separatists in the east of the country.

The council, which last met in June 2014, is a consultative panel set up in 2002 to improve relations between the former Cold War foes. In the past, it usually met about once a month at NATO’s headquarters and included the ambassadors of all 28 alliance members and Russia’s envoy to the organization. In 2008, it suspended work for about five months in the aftermath of the brief war between Russia and Georgia.

Earlier this week, Stoltenberg told reporters in Washington that the alliance was seeking talks with Moscow. Russian officials have also called for a resumption of political contacts with the alliance.

Other areas of focus of the meeting will include the security situation in Afghanistan, regional terrorism threats and improving transparency between alliance and Russian militaries, Stoltenberg said.

Unmentioned, but likely to be a topic of conversation, also is the civil war in Syria, where Russian forces have played a key role in strengthening the government of President Bashar Assad.

Since Russia’s 2014 intervention in Ukraine, relations between Moscow and the U.S.-led NATO alliance have been at a post-Cold War low. In the wake of Russia’s annexation of Ukraine’s Crimea Peninsula, NATO ended “practical cooperation” with Russia and allies in the West imposed a range of sanctions on Moscow.

Stoltenberg said the upcoming meeting does not signal a “return to business as usual until Russia again respects international law.”