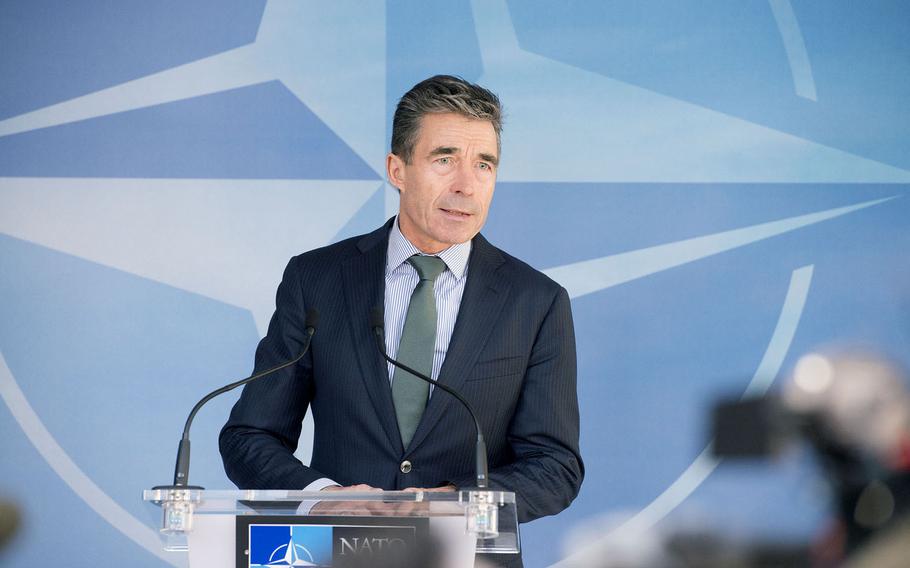 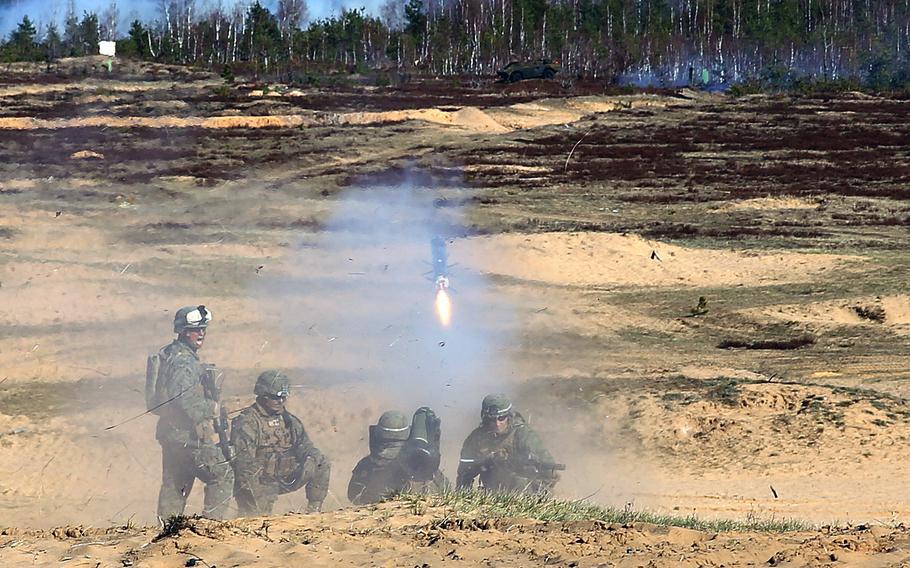 STUTTGART, Germany — More NATO ships, warplanes and troops will soon be headed to eastern Europe in response to Russia’s pressure on Ukraine, the alliance’s top official said Wednesday. But NATO’s efforts to reassure wary allies appear to stop short of establishing a permanent forward presence in the region.

“We will have more planes in the air, more ships on the water, and more readiness on the land,” NATO Secretary-General Anders Fogh Rasmussen told reporters after a meeting of the North Atlantic Council.

Among the measures to be taken include an intensification of NATO air policing missions over the Baltic region and more allied ships bound for the Baltic Sea, eastern Mediterranean and other regions as required, Rasmussen said. However, he made no mention of sending additional ships to the Black Sea, where Russia has the bulk of its fleet. The USS Donald Cook has been deployed to the Black Sea, and on Monday, a Russian fighter jet engaged in a “provocative” act toward the destroyer.

“Military staff from allied nations will deploy to enhance our preparedness, training and exercises,” Rasmussen said. “Our defense plans will be reviewed and reinforced.”

The new plans outlined by Rasmussen serve as an intensification of efforts already underway.

Since Russia’s annexation of Crimea from Ukraine a month ago, NATO has ramped up its presence in the Baltics and around the Black Sea. U.S. warships and F-16s have been a key part of that effort. Surveillance aircraft also have been deployed to Romania and Poland. The alliance also has suspended most military cooperation with Russia.

The added measures were among a package of recommendations made by NATO’s supreme commander, U.S. Air Force Gen. Philip Breedlove. They were approved Wednesday by the council, the alliance’s governing body.

“Our decisions today are about defense, deterrence and de-escalation,” Rasmussen said. “They are entirely in line with our international commitment.”

The increased NATO presence around the Baltics will be felt in a matter of days, he said. “More (measures) will follow, if needed, in the weeks and months to come.”

On Thursday, the foreign ministers of Russia, Ukraine, the U.S. and European Union meet in Geneva to try to defuse the crisis. The talks will take place amid a Ukrainian military operation against pro-Russian militants in the east of the country, where Russia has massed troops along Ukraine’s border.

Rasmussen did not say which countries would be contributing to the beefed up NATO effort, however U.S. military officials have previously stated that U.S. soldiers from the Texas-based 1st Brigade, 1st Cavalry Division — the unit already designated as the U.S. contribution to the NATO Reaction Force — could be deployed to the region to train with allies in the east. Any such move would be on a rotational basis rather than any permanent repositioning of an additional Army brigade in Europe.

When asked whether NATO would seek a permanent basing presence in the Baltics, the NATO chief said such action wasn’t among the measures enacted by the alliance on Wednesday. However, Rasmussen did say NATO would in the future be looking at long-term measures to “enhance our collective defense.”

A NATO diplomat, speaking on customary condition of anonymity, said the new measures represented a compromise between the demands of countries like Poland, which eye Russia’s intentions with concern and sought a more permanent NATO presence, and the majority of the 28 member states, which advocated more intensified rotational deployments and joint exercises.

Breedlove, who briefed journalists later on Wednesday, said he had been directed to develop immediate measures, which are “planned to be sustainable as a minimum through 31 December.”

“NATO will review this later in the year to decide which measures should go beyond that date,” he said.

“We’ve had a paradigm shift, change, gone through a period where I think we thought we were past the time when military force would be used to change international borders in Europe,” he said, adding that would change how NATO viewed security on the continent and the readiness and responsiveness of its forces.

Retired Adm. James Stavridis, who served four years as commander of NATO and U.S. forces in Europe before Breedlove took over last year, said the crisis in Ukraine could prompt a second look at the U.S. military posture in Europe, which has been on the decline for 20 years.

“I would guess the entire drawdown is being re-evaluated, and we may end up with three or even four combat brigades back in Europe, as well as restoration of the combat aircraft cuts of recent years,” Stavridis said.

NATO’s decision to reinforce its position around the Baltics comes as security conditions in Ukraine’s east continue to worsen. Pro-Russia separatists have seized assorted government buildings, prompting Kiev to deploy tanks into the east in an attempt to quell the revolt. With thousands of Russian troops sitting on the border, there are concerns that an outbreak of violence could result in a Russian intervention.

The West has accused Russia of inciting the tension. U.S. and NATO officials have repeatedly called on Russia to de-escalate the situation and pull back from the border.

“We call on Russia to be part of the solution, to stop destabilizing Ukraine, pull back its troops from the borders and make clear it doesn’t support the violent actions of well-armed militias of pro-Russian separatists.”

So far, NATO has not revealed any plans to arm or provide direct military aid to Ukraine.

Some defense experts say the U.S. should take steps to provide more support to the country’s military, which so far has been largely limited to Meals Ready to Eat. Body armor, night vision devises, communication gear and aviation fuel are among the non-lethal assistance that should be immediately sent to Kiev, they say.

Clark and Karber also stated that lethal aid would be required in the future.

U.S. officials, however, say there is no military solution to the crisis inside Ukraine.