NATO, state of European defense to be considered in Munich 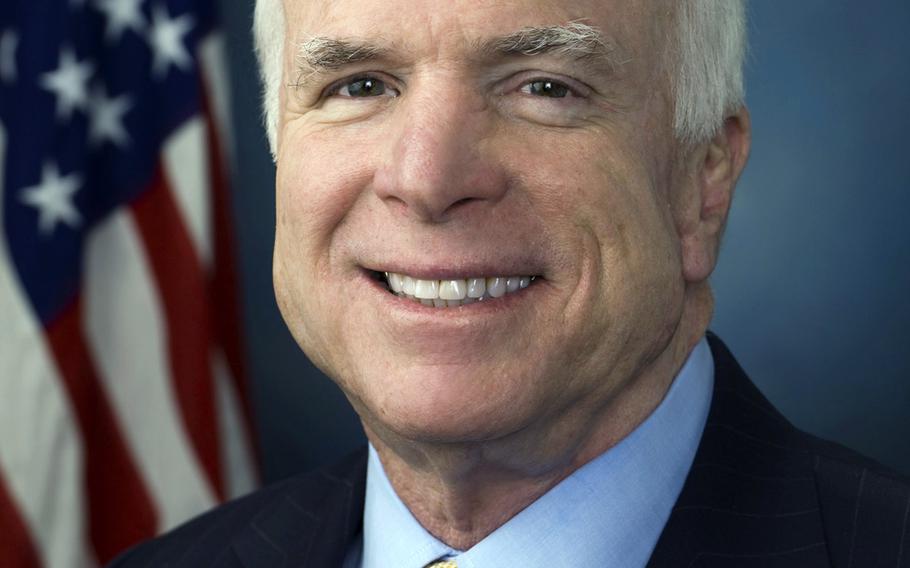 U.S. Senator John McCain, R-Ariz., in the past a regular attendee at the Munich Security Conference, recently aired his frustrations with NATO and the alliance's secretary-general, Anders Fogh Rasmussen. (File photo)

U.S. Senator John McCain, R-Ariz., in the past a regular attendee at the Munich Security Conference, recently aired his frustrations with NATO and the alliance's secretary-general, Anders Fogh Rasmussen. (File photo) 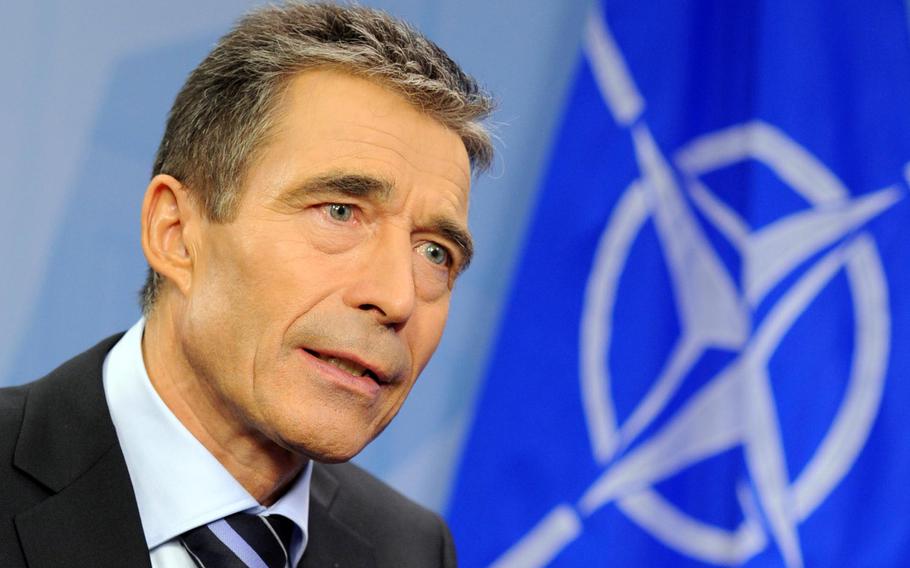 NATO Secretary General Anders Fogh Rasmussen, seen here during an interview with Stars and Stripes at NATO headquarters in Brussels, Belgium, on Nov. 26, 2012, will be attending the Munich Security Conference this weekend. (Michael Abrams/Stars and Stripes)

STUTTGART, Germany — Is it a linchpin for global security or a relic of the Cold War that is becoming increasingly irrelevant?

NATO, at once described by observers as the greatest military alliance in history and a coalition that is shirking its responsibilities, is ever at a crossroads. Even the staunchest supporters of the trans-Atlantic military alliance seem at times conflicted over what to say about the 28-nation union, which was established after World War II.

“It remains a force for stability in the world,” said Sen. John McCain, R-Ariz., during a think-tank discussion Monday about NATO’s future. “It still remains one of the most remarkable and enduring phenomenon of the 20th and now the 21st century.”

Seconds later, McCain aired his frustrations with the alliance and NATO Secretary-General Anders Fogh Rasmussen. “Frankly, our secretary general seems to be compelled every morning to get up and tell the world that NATO won’t be involved in anything,” McCain said, speaking at the Center for Strategic and International Studies’ session on the trans-Atlantic alliance. “I don’t know where he got that idea. It does worry me about the viability of NATO and whether they ever will intervene.”

McCain’s comments, which come on the eve of the Munich Security Conference, echo what will likely be a key issue when global leaders gather in Bavaria for three days of talks: What is Europe’s role on the global security scene at a time when the continent itself faces no external threats?

For 50 years, leaders have met annually in the Bavarian capital, where politicians, military leaders and academics have pondered the great security threats of the day. NATO’s first secretary-general, Lord Ismay, famously described the purpose of the alliance as being “to keep the Americans in, the Russians out, and the Germans down.”

Beginning Friday and continuing through Sunday, officials, analysts and politicians will once again assemble to focus on Afghanistan, Syria, spying and surveillance, and a host of other challenges. Also front and center will be the role of NATO, which despite coming off its busiest decade in history, must now carve out a new identity as the war in Afghanistan winds down. NATO is at a defining moment, when it will either invest to confront future threats or fade into irrelevancy, according to experts.

Defense Secretary Chuck Hagel is among those expected to attend the Munich conference.

During the past 10 years, the alliance has been busy. The war in Afghanistan has been its largest mission ever. In 2011, NATO air power also enabled rebel fighters in Libya to topple strongman Moammar Gadhafi. Meanwhile, NATO vessels off the coast of Somalia have been instrumental in curbing piracy around the Horn of Africa.

At the same time, critics, including U.S. lawmakers and top defense officials, have been calling out European allies for underinvesting in defense and freeloading off American military might. Other than the U.S. and a couple of other nations, most members consistently miss the alliance’s defense spending benchmark of 2 percent of gross national product. In fact, the U.S. accounts for nearly 75 percent of defense spending within NATO. By contrast, Europe’s great economic power Germany consistently falls short on spending, while also demonstrating a reluctance to send troops into global hot spots. Berlin, for instance, declined to participate in NATO’s mission in Libya, as did most other member states.

With so many internal divisions and competing national interests, some question whether an alliance like NATO can continue to be relevant. As the war in Afghanistan winds down, NATO and Europe’s role in the world could re-emerge as an area of focus and scrutiny despite Washington’s pivot toward the Pacific, experts say.

“America has been kind of asleep for the last several years on NATO,” said John Hamre, president of CSIS, during the group’s forum on Monday. “This alliance is the most fundamental resource we have.”

At the conference in Munich, Europe-focused sessions will look at the future of European defense and whether there a trans-Atlantic “renaissance” on the horizon.

While critics may question whether NATO still retains a viable military role, when there is a crisis, the U.S. tends to rely on it is allies in Europe.

“When there is trouble around the world the first place we turn is NATO allies,” Sen. Christopher Murphy, D-Conn., during the panel talk at CSIS.

Some officials have called out NATO for a reluctance to debate the merits of an intervention in Syria or engage in crises in Africa, but France has emerged as a key player in places such as Mali and the Central Africa Republic. Indeed, France has developed into something of the face of Western intervention on the continent, with ground troops taking on al-Qaida-linked fighters in Mali. With new plans for counterterrorism outposts in Africa, France’s actions could be a harbinger of more European focus on threats emanating from outside Europe.

Germany, for instance, says it has pledged to increase its support by providing logistical assistance in CAR and will send more troops for a training mission in Mali. Such developments could ease the burden on the U.S.’s Africa Command, which has expanded its activities in recent years and has provided substantial intelligence and airlift support to the French.

“We’re going to have to look at Africa,” said McCain, a regular attendee at the Munich Security Conference. “I would like to see much more NATO involvement, particularly in the area of training and equipping.”

For the U.S., which faces a shrinking military footprint in Europe and potential consolidation of more overseas bases in the years ahead, a more active European military establishment would likely be welcomed after more than a decade of conflict abroad.

As the U.S. military faces steep budget cuts in the years ahead, a more engaged Europe will be important, McCain said.

“With sequestration and reductions across the board … it will put a strain on our ability to bear as much of a burden as we do financially,” McCain said.