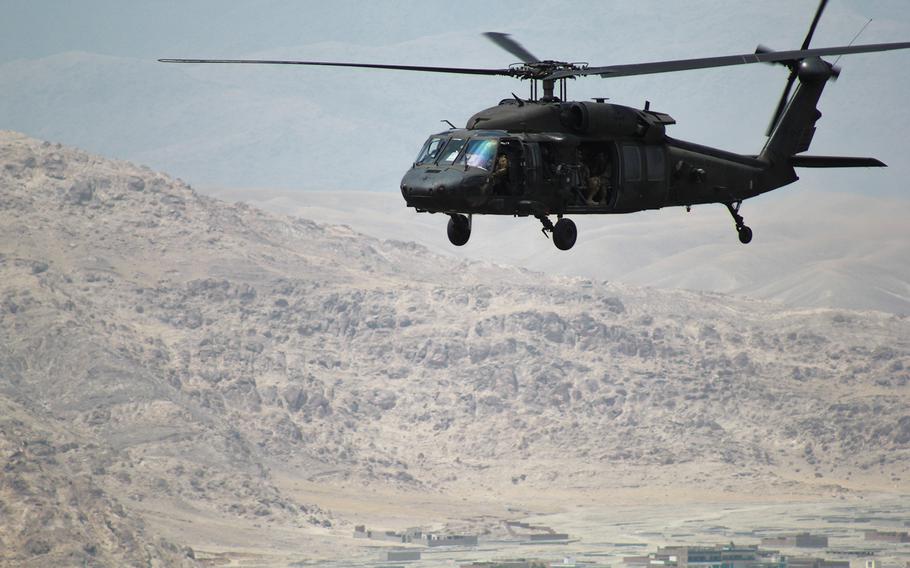 KABUL, Afghanistan — A NATO spokesman said Monday that the Islamic State group isn’t gaining strength in Afghanistan, despite a weekend attack in Kabul by the militants that killed 80 people and injured more than 200.

“We don’t believe that we are seeing them spread right now,” Brig. Gen. Charles H. Cleveland told reporters at NATO headquarters. “A suicide bomb against a bunch of frankly defenseless citizens really does gain an awful lot of attention for them, and it gives the perception of insecurity, but it doesn’t mean they’re stronger.”

Cleveland said Islamic State militants in Afghanistan were probably “in the same or even in a worse position today” than they were in recent months. Their numbers, he said, range between 1,000 and 3,000.

Saturday’s attack, the deadliest in Kabul since U.S.-led forces toppled the Taliban in 2001, targeted a demonstration of thousands of Shiite Hazaras. It was the first in the capital claimed by the Sunni militant group, whose operations have been largely confined to eastern mountainous regions along Afghanistan’s border with Pakistan.

In March, Afghan President Ashraf Ghani declared that the Islamic State had been defeated in the country’s east. But the militants have had an apparent resurgence this summer, despite continued Afghan ground operations and airstrikes by U.S. forces.

Earlier this month, Nangarhar province police spokesman Hazrat Hussain Mashraqiwal said that the militants were able to hide in the region’s rough terrain and reorganize.

Nevertheless, Cleveland said, the current strategy of targeting the group is unlikely to change.

“I don’t believe we will be doing anything differently ... the U.S. will continue to unilaterally target Daesh and will continue to conduct kinetic strikes,” he said using an Arabic name for the Islamic State.

In January, President Barack Obama granted approval for U.S. forces to specifically target Islamic State militants in Afghanistan as part of their counterterrorism mission in the country. That is separate from its NATO mission in the country, which focuses on training, advising and assisting Afghan forces.

Ghani earlier this month announced a new military offensive against Islamic State militants in Nangarhar, which is set to begin in the coming days.

Cleveland said the offensive, together with U.S. airstrikes, aims to put pressure on Islamic State militants “at every single point.”

“They are absolutely a threat,” he said. “What the world has seen is that Daesh has got the ability to grow very, very rapidly, (but) we think that these offensive operations by the Afghans will help further reduce ... the number of Daesh followers.”