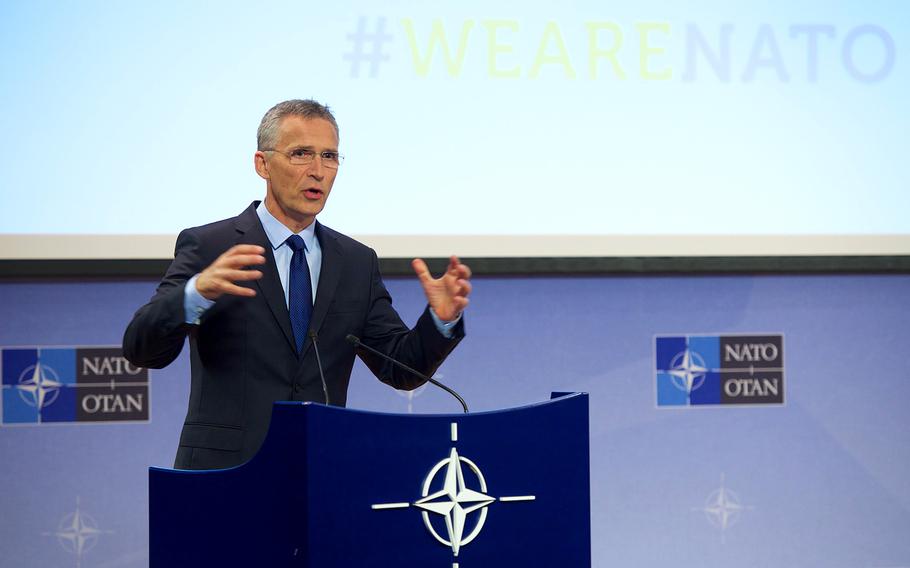 NATO allies are expected to boost defense spending in 2017 by 4.3 percent, marking the third consecutive year expenditures will rise for an alliance under pressure from the Trump administration to invest even more in their militaries.

“This means, over the last three years, European allies and Canada spent almost $46 billion U.S. dollars more on defense,” NATO Secretary-General Jens Stoltenberg told reporters at his Brussels headquarters. “So we have really shifted gears. The trend is up and we intend to keep it up.”

NATO defense ministers will meet on Thursday for a day of talks that will focus on efforts to increase military expenditures and chart the alliance’s future course in Afghanistan, where the Pentagon is considering a troop increase.

It was unclear whether the talks would generate new troop contributions from NATO members, but Stoltenberg said allies are looking at ways to expand its training mission in Afghanistan. A return to a NATO combat mission, however, is off the table, the alliance’s top official added.

On defense spending, U.S. Defense Secretary Jim Mattis warned allies in March that failure to meet NATO’s own defense spending guidelines could force the U.S. to “moderate” its support for the military pact.

NATO policy calls for members to dedicate 2 percent of gross domestic product to their respective militaries, but for years almost all nations have fallen short. Of NATO’s 29 members, only the U.S., Britain, Poland, Greece and Estonia currently meet or exceed the target. Romania is on course this year to join the ranks of the 2 percent club, followed by Latvia and Lithuania in 2018.

In an attempt to pressure allies to reach the target, the Trump administration has demanded that members establish national plans that lay out their spending priorities.

The reports will detail dollar figures and contributions to specific missions and operations.

On Thursday, allies also are expected to agree to new “capability targets” that will indicate areas where members can improve, such as obtaining more heavy equipment, air-to-air refueling capabilities, and forces ready to mobilize on short notice.

Still, while President Donald Trump has made defense spending his central concern regarding NATO, it remains unclear how much of an effect his demands have had on actual defense budgets. Among NATO members, spending began increasing in the wake of Russia’s 2014 intervention in Ukraine. In 2014, members agreed to reach NATO’s 2 percent mark by 2020.

Trump has said he would like members to get to the benchmark faster — and even boost spending to 3 percent. So far, members have not indicated an interest in doing so.

“They (NATO members) should increase spending on defense not just to please the United States,” Stoltenberg said. “They should increase more in defense because it is in their own interest.”