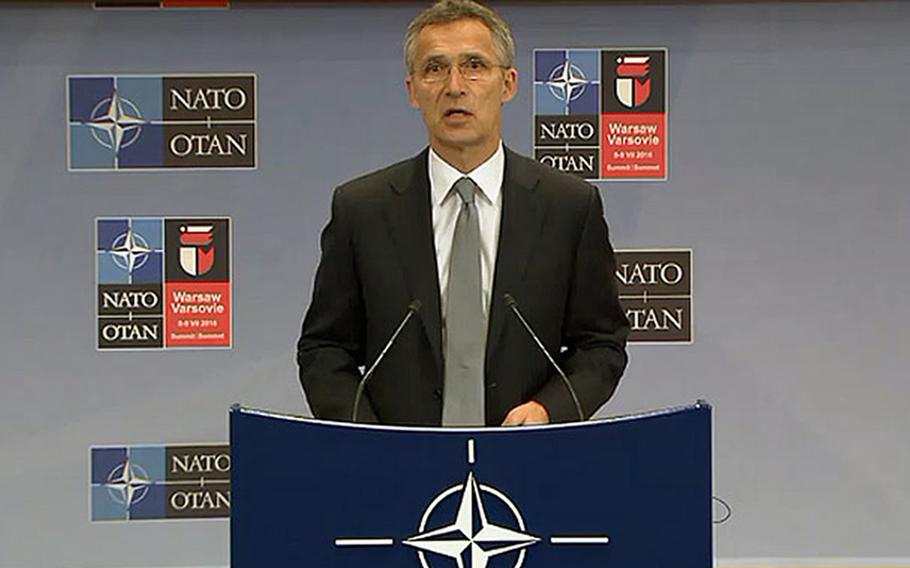 STUTTGART, Germany — NATO states will increase defense spending for a second year in a row, reversing a post-Cold War trend of cutbacks but still well short of the alliance’s own targets for military investment, NATO’s top official said Monday.

“After many years of going in the wrong direction, we are starting to go into the right direction,” NATO Secretary-General Jens Stoltenberg said during a news conference in Brussels. “But we are still far from where we need to be. And we clearly need to do more.”

In 2015, NATO upped spending for the first time in years, largely as a result of member nations such as Poland investing more over concerns about Russia.

Now, allies expect those trends to continue in 2016, with overall spending estimated to increase by 1.5 percent, or $3 billion annually with 20 allies planning for higher expenditures, Stoltenberg said.

As a matter of policy, NATO members are expected to dedicate 2 percent of their GDP for defense spending. The goal, agreed to by allies at NATO's 2014 summit in Wales, is for all member states to reach the 2 percent threshold by 2024. However, only a handful of countries in the 28-nation alliance meet that benchmark.

The U.S., one of the few countries to consistently meet NATO spending goals, has long been critical of such budgetary shortfalls among other allies, including Germany, Europe’s economic powerhouse.

The matter has emerged as an issue in the U.S. presidential election, where Republican Donald J. Trump has called into question future U.S commitment to NATO in connection with spending discrepancies.

While NATO plans modest spending gains, its chief adversary, Russia, is looking to make cuts in military spending in the year ahead. In March, Russia’s defense chief announced plans to scale back spending by 5 percent, which would be the largest reduction under the leadership of President Vladimir Putin.

More details on NATO defense spending are expected to emerge when alliance heads of state gather in Warsaw in July for a major summit on the future direction of the alliance.

Ahead of that conference, defense ministers will meet in Brussels this week to finalize details to be approved when leaders assemble in Warsaw.

A top agenda item is pinning down the precise size and scope of a rotational force to be positioned in the Baltics and Poland. Allies agree that NATO will maintain four reinforced battalions in the region on a rotational basis, with Germany already on board to provide one of those units, according to the alliance.

“This will send a clear signal that NATO stands ready to defend any ally,” Stoltenberg said.

The battalions will be under NATO command.

The moves are in addition to other measures already taken as part of a push to beef up along NATO’s eastern flank, such as more than doubling the NATO response force to 40,000 troops and the establishment of a spearhead unit that can deploy in 48 hours.