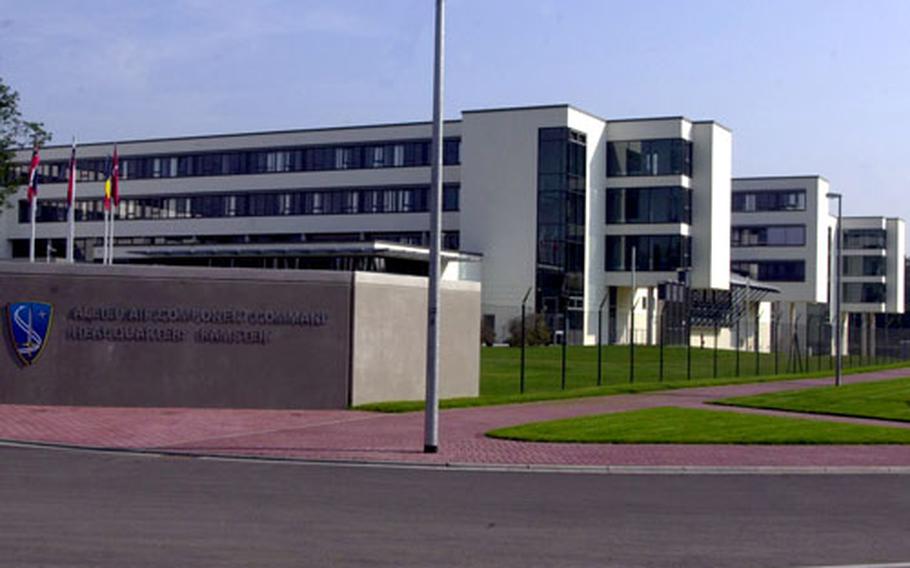 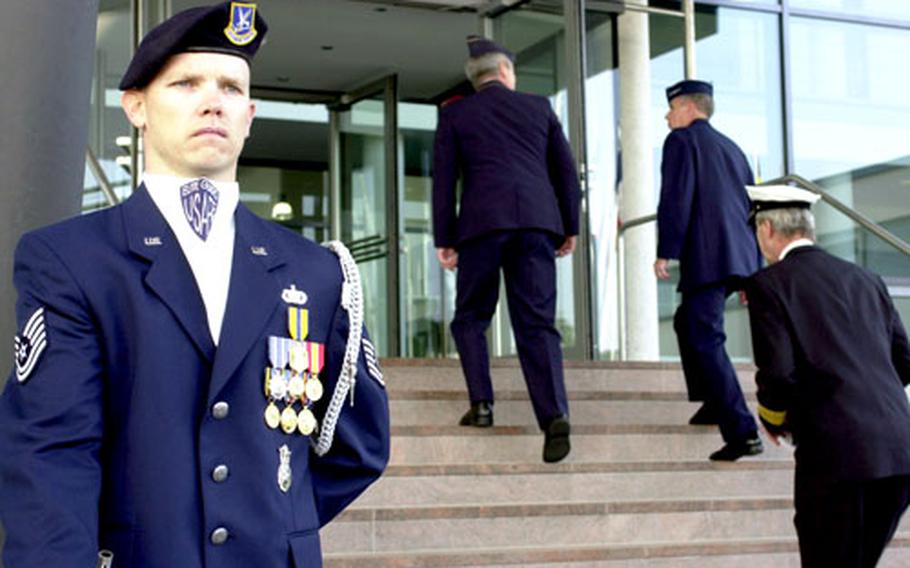 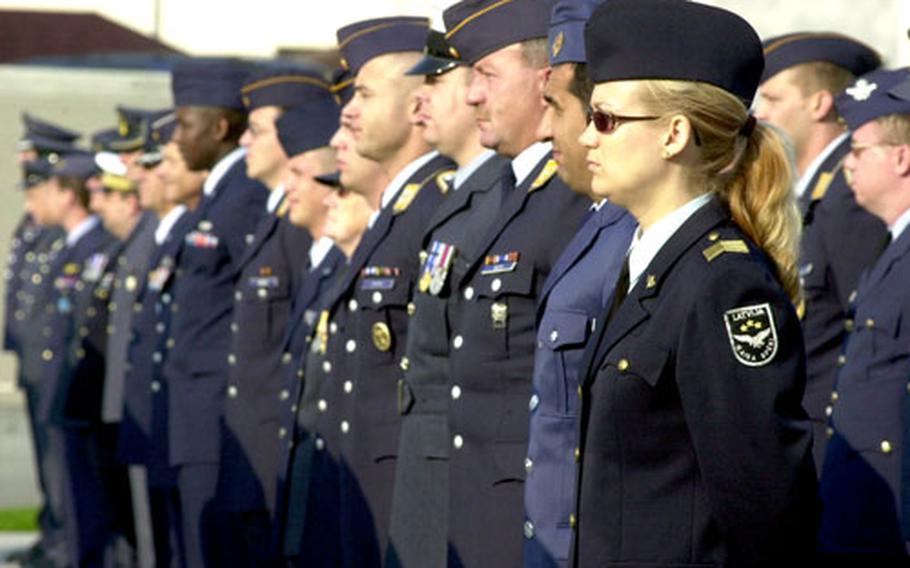 RAMSTEIN AIR BASE, Germany &#8212; With a formal ceremony attended by military personnel from across Europe, NATO marked the opening of its newest air headquarters on Friday.

The $39 million building is home to Allied Air Component Command Headquarters Ramstein, which is composed of about 800 staff members from 14 allied countries. The command serves as the center of operations for NATO air power.

German Air Force Gen. Gerhard Back, commander of NATO&#8217;s Joint Force Command Brunssum in the Netherlands, said the opening of the building was symbolic of the sweeping changes made to the alliance over the last several years. From the time NATO approved the construction of the building in 2001, restructuring of the alliance has reduced the number of headquarters from 60 to just 11.

&#8220;The changes within the alliance and the progress of this building have gone almost hand in hand,&#8221; Back said.

The complex is NATO&#8217;s biggest building project in Germany and is next door to the U.S. Air Force&#8217;s European headquarters. Although people began moving into the building in May, Friday&#8217;s ceremony marked the official opening.

The 150,000 square feet of office space will give staff members plenty of room in a central location. Prior to the opening, workers were spread across 12 different locations on base.

The complex includes a 300-seat auditorium, an operations center, a 600-car parking garage and a canteen. Plus, &#8220;the best international dining facility in all of NATO,&#8221; Back noted.

Its history of the command dates back to 1974, when it was known as Headquarters Allied Air Force Central Europe. In 2000, the command was named Headquarters Air North after a major consolidation of headquarters. With the acceptance of seven new countries to the alliance in March 2004, it was renamed Component Command-Air Headquarters Ramstein.