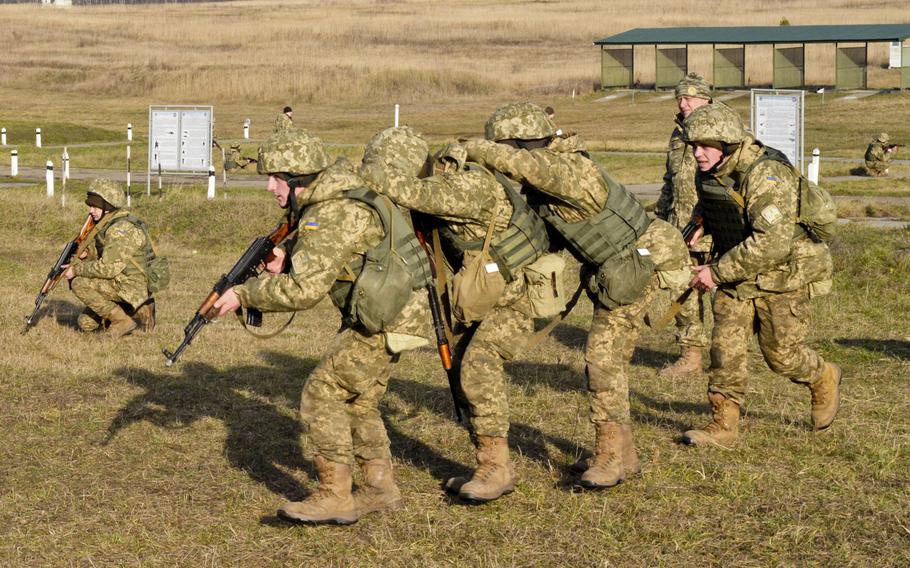 NATO is examining ways to step up cooperation between alliance special operations forces and Ukrainian troops, pushing forward with a partnership at a time when Moscow is acknowledging the presence of Russian operatives in Ukraine’s troubled east.

NATO Secretary-General Jens Stoltenberg, who met with Ukrainian President Petro Poroshenko on Thursday at NATO headquarters in Brussels, called on Russia to withdraw its forces from Ukraine, only hours after Russian President Vladimir Putin acknowledged for the first time a Russian presence there.

“What he (Putin) said today, is basically the same as we have stated all along,” Stoltenberg said during a news conference. “He says Russia has personnel in eastern Ukraine and these personnel have conducted military activities. And that is what we normally call soldiers.”

For more than a year, Moscow has repeatedly denied maintaining a military presence in Ukraine’s east, where pro-Russian separatists have been engaged in a civil war with Ukrainian government forces. However, during his annual news conference in Moscow on Thursday, Putin conceded that Russia was involved.

“We never said there were not people there who carried out certain tasks including in the military sphere,” Putin told reporters. But he insisted this was not the same as regular Russian troops.

Stoltenberg, along with Poroshenko, called on Russia to pull out its personnel. At the same time, NATO is taking steps to strengthen military cooperation with Ukraine, a non-NATO state. The alliance has established a series of trust funds with Ukraine in areas such as logistics, command and control, logistics, medical services and cyber defense.

Stoltenberg said his talks with Poroshenko focused on potential areas for additional partnerships.

“We are also now addressing the potential for increased cooperation for instance when it comes to special operations forces and also naval capabilities,” Stoltenberg said.

Since Russia’s annexation of Ukraine’s Crimea Peninsula in 2014, NATO and individual allies also have expanded training missions in Ukraine.

For example, U.S. Army Europe is now in Ukraine to train combat troops as part of an ongoing effort to assist the country’s armed forces.

Poroshenko said his country was grateful for allied support, which Kiev hopes to see more of in the year ahead.

“Today we mapped out plans for the future and discussed further steps for cooperation,” he said.