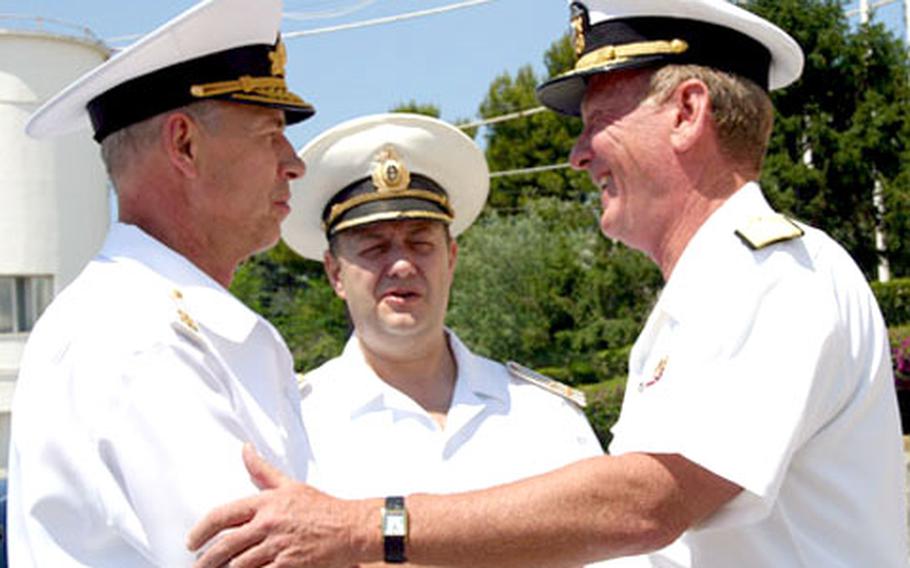 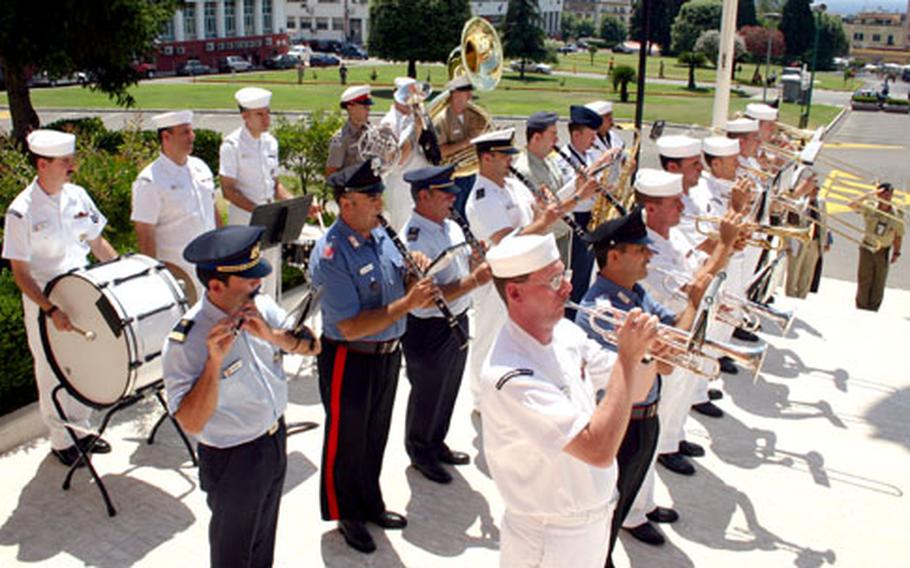 NAPLES, Italy &#8212; The upbeat notes of the Russian national anthem wafted Tuesday from the marbled steps of the Allied Joint Forces Command Naples headquarters building, played there for the first time in the organization&#8217;s 54-year history.

Four non-NATO nations &#8212; Russia, Israel, Algeria and Ukraine &#8212; have voiced desires to join NATO&#8217;s efforts to fight terrorism on the Mediterranean Sea to the boundaries of the Middle East through Operation Active Endeavor.

On Monday, two Russian vessels, the cruiser Moskva and frigate Pytliviy, conducted exercises with the Italian vessel ITS Espero in waters about 150 miles south of Naples. They conducted ship maneuvers and communication exercises and watched a demonstration of Italian sailors boarding a &#8220;suspected&#8221; ship, according to NATO spokesman Lt. Craig Moran of the British navy.

After the Sept. 11, 2001, terrorist attacks, NATO enacted Article 5 of the Washington Treaty, which committed its forces to the fight against terrorism. Active Endeavor started with patrols and escorts of vessels transiting the Straits of Gibraltar and the Suez Canal. Last October, it expanded to patrols of the entire Mediterranean, particularly in waters near the Middle East.

Neither Urlich nor Tatarinov addressed the media Tuesday before heading to their closed-door meeting. After meeting with Urlich, Tatarinov was to meet with Italian Vice Adm. Roberto Cesaretti, commander of Allied Maritime Component Command.

&#8220;The sharing of intelligence, for example, can be very beneficial, and we see the importance of reaching out to non-NATO countries. Terrorism is a threat all around the world, and Russia sees that.&#8221;

In addition to keeping an eye on potential terrorists, Active Endeavor also targets human traffickers, and drug and weapons smugglers. In the more than three years since the operation began, more than 65,000 vessels have been hailed and questioned, and 92 merchant ships have been boarded, officials said.