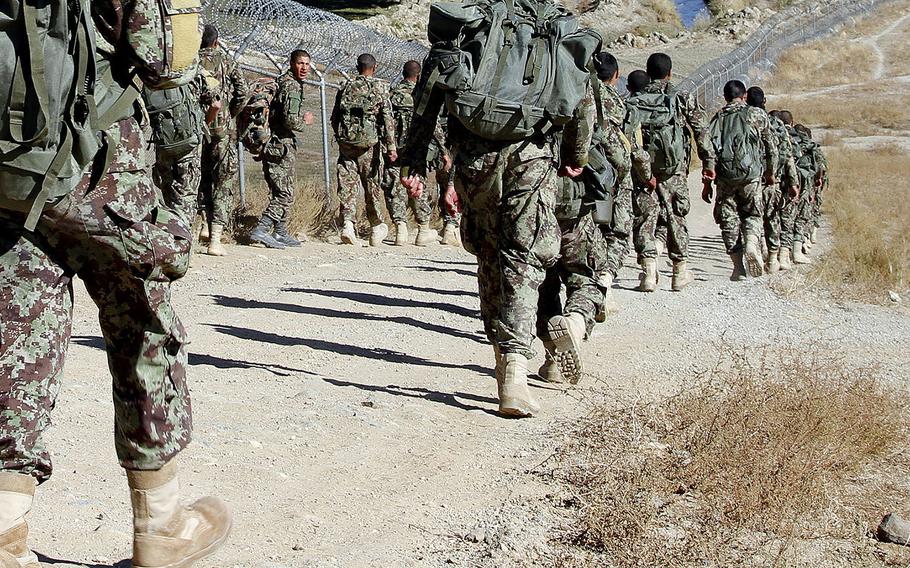 HERAT, Afghanistan — Iran’s recruitment of Afghan men from the regions along the common border to fight in Syria, may be contributing to a shortage of Army recruits in western Afghanistan, NATO officials have said.

The Afghan security forces have struggled to keep their numbers up across the country, faced with record casualties in battle with the Taliban, desertions and phantom soldiers — names on the payrolls who may be dead or missing.

However, recruitment numbers are particularly low in Herat and neighbor provinces in western Afghanistan. The region is the most stable in the country, but if that changes as the Taliban spread their insurgency beyond their southern strongholds, Afghan forces in the region may not be up to the challenge, coalition officials said.

Because Afghan forces are so strapped in other parts of the country, the area around Herat could not count on reinforcements, officials said.

Speaking with a select group of reporters at the command’s headquarters in the province, Lutsky said Iran may be partly to blame for the shortage.

“We believe they are recruiting Afghan males to fight ISIS in Syria,” he said, using an acronym for the Islamic State group. “That’s what we’ve been told by multiple people, which is one of the reasons why our recruiting is low in this area.”

Lutsky said he could understand why some Afghans would enlist.

“Iran pays better than the Afghan army, and you don’t have to potentially fight your family members,” he said.

Italian army Col. Roberto Viglietta, whose county heads TACC-West, agreed. “There is a lot of Iran in [the] region.”

In January, Human Rights Watch reported Iran had recruited thousands of Afghan refugees and migrants living in the country to join pro-government militias fighting in Syria, offering financial incentives and legal residence. In some cases, Afghans said they were threatened with deportation to Afghanistan, if they refused. Iran dismissed the report calling it “fabricated.”

However, Viglietta said other factors contributed to low recruitment numbers.

The region’s relatively good economy, compared to other areas, means many western Afghans can work for family businesses or choose other non-life-threatening jobs. A good schooling system, including graduate programs, allows locals to become qualified doctors, lawyers and engineers, careers that provide higher wages than the Afghan military.

Another hurdle is that the military cannot promise new recruits they will stay in the region, as many are sent where they are needed for the fight.

“Mostly in Afghanistan every season is different,” he said.

“For the moment, it’s not a tangible problem,” Ghori said. “But we should work a lot on this issue ... to increase numbers.”