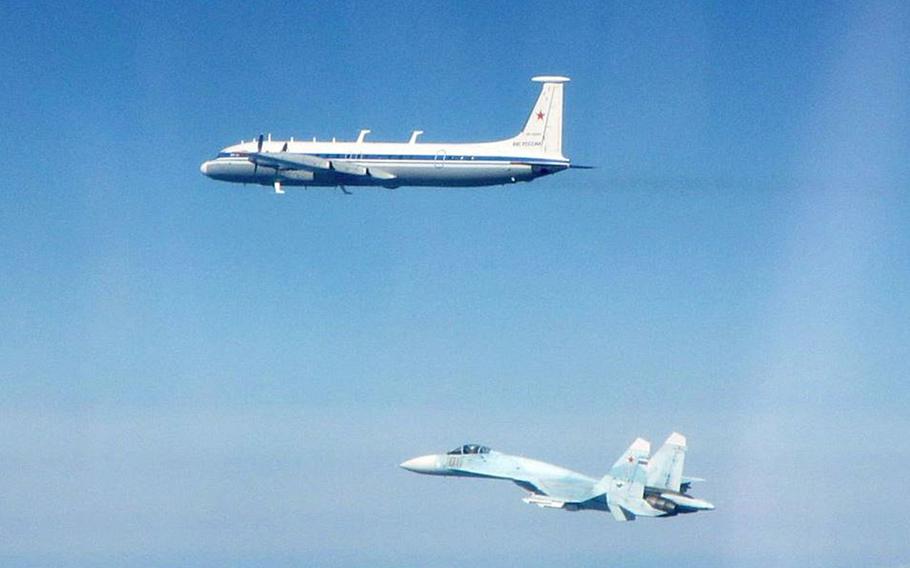 A Russian SU-27 Flanker fighter and an IL-22 aircraft fly along the Baltic coast, Thursday, May 16, 2019. (Twitter/British Defense Ministry)

A Russian SU-27 Flanker fighter and an IL-22 aircraft fly along the Baltic coast, Thursday, May 16, 2019. (Twitter/British Defense Ministry) 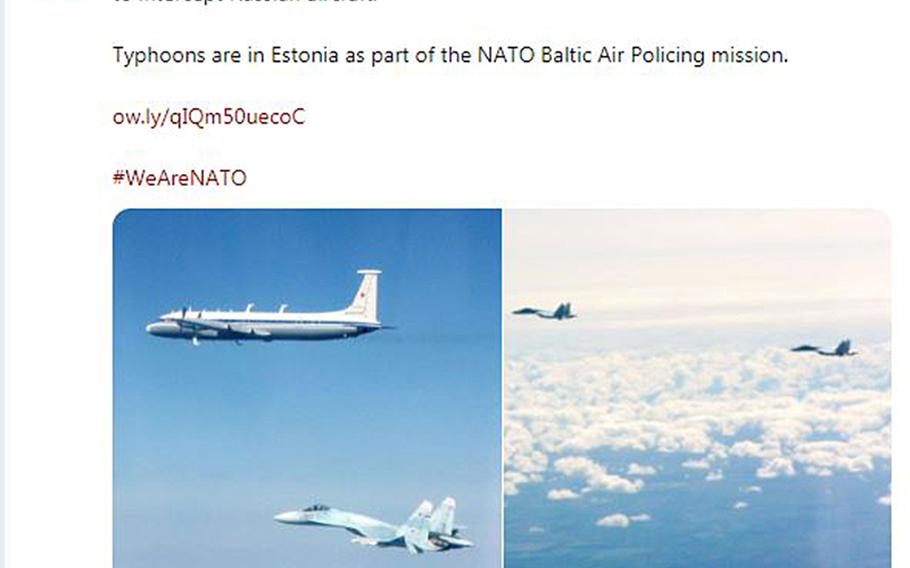 The quick reaction intercepts were the first for the British detachment that took over the NATO mission in Estonia last month.

On Tuesday, British Eurofighter Typhoon jets took off from Estonia’s Amari Air Base in response to two Russian Sukhoi SU-27 Flanker fighters and one IL-22 aircraft bound for Kaliningrad. The next day, the Typhoons mobilized to escort the same formation, which was on its way back to Russia. The Ilyushin IL-22 is a four-turboprop electronic warfare plane.

During the past five years, intercepts have become more frequent around the Baltics. Allies have complained that Russian military planes flying near NATO territory often do so with their transponders turned off — a safety concern since the planes can’t be identified by traffic control.

However, intercepts are generally routine aviation encounters and those this week in the Baltics were no different, according to one of the pilots involved.

“The Russian pilots and crews behaved in a professional and calm manner with nothing untoward,” said U.K. Wing Commander Paul ‘Pablo’ O’Grady, who carried out Tuesday’s intercept.

For years, NATO warplanes have patrolled the skies around the three small Baltic states as part of an air policing mission. The mission, launched in 2004 because Estonia, Latvia and Lithuania don’t have jets of their own, rotates among other alliance’s member states.

While the U.K. is currently leading the effort in Estonia, a flight of Hungarian air force JAS-39 Saab Grippen fighters is operating out of Lithuania. During the intercept on Tuesday, Hungarian fighters assisted in escorting the Russian formation as it headed to Kaliningrad.