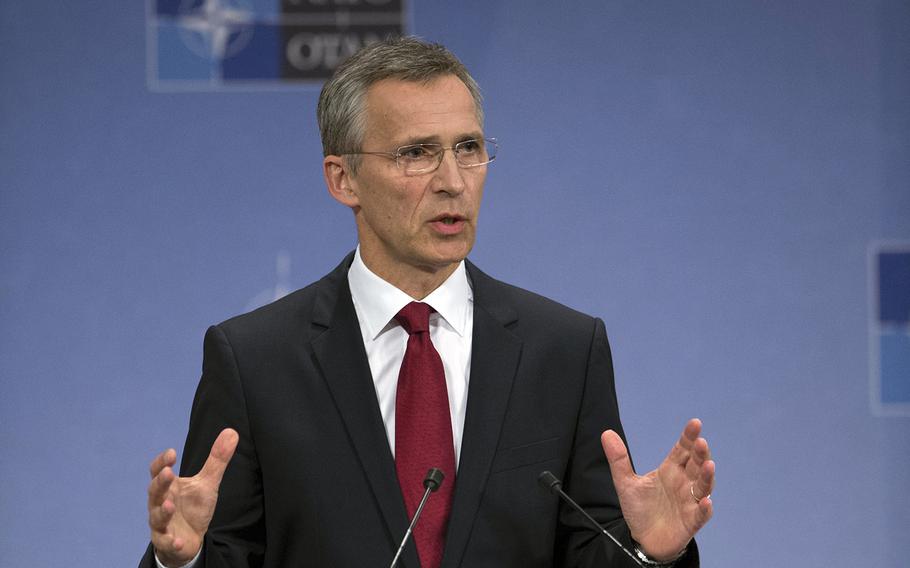 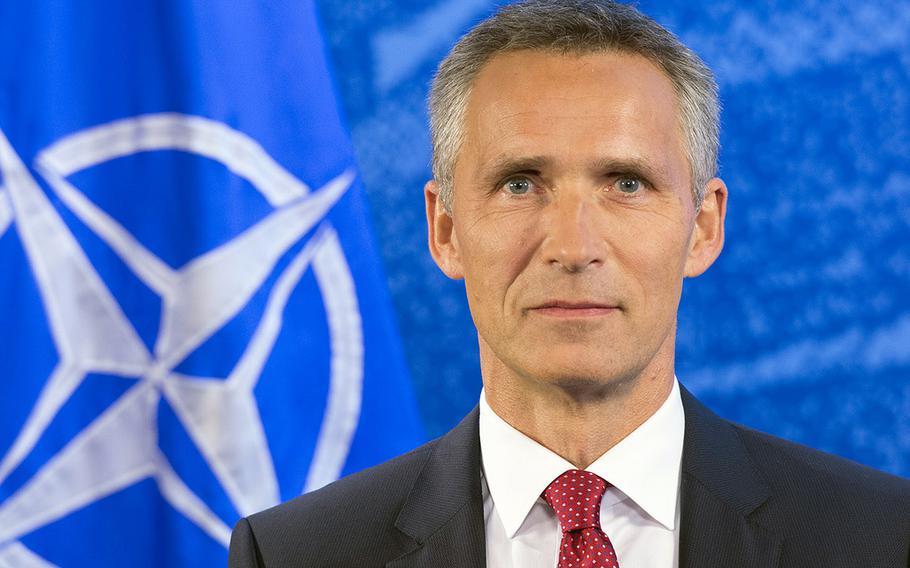 STUTTGART, Germany — Overall defense spending continues to decline among NATO members even as the 28-nation military alliance is marshalling its forces to show strength in response to a resurgent Russia on its eastern flank and worrying about the rise of the Islamic State group to the south, NATO’s top official said Monday.

In 2015, defense expenditures are expected to drop by 1.5 percent among alliance members, continuing a longstanding downward trend that has proven difficult to reverse, according to NATO.

“We cannot do more with less indefinitely,” NATO Secretary General Jens Stoltenberg said at a news conference at his Brussels headquarters.

NATO released its annual report on defense spending Monday, just ahead of a meeting of defense ministers that will focus on increasing defense expenditures at a time when NATO wants to boost its overall state of readiness in eastern Europe. Overall, NATO spending went from $943 billion in 2014 to a projected $893 billion in 2015.

Still, there were some bright spots in the spending report, which showed that 18 allies are expected to increase expenditures during the year, Stoltenberg said. In addition, five allies — Estonia, Greece , Poland, the United Kingdom and the U.S. — will meet NATO’s self-set benchmark of spending 2 percent of Gross Domestic Product on defense.

“This is good news, but the picture is mixed,” Stoltenberg said.

U.S. defense spending is expected to drop from $654 billion in 2014 to $650 billion in 2015, according to the NATO figures, though NATO said its numbers may vary from those given by national authorities because there may be differences in defining what falls under defense spending. Despite the decrease, the U.S. is still by far the largest spender in both real dollars and as a percentage of GDP at 3.6 percent. But with the U.S. spending less and other major NATO states such as Germany and France still falling well short of the alliance’s 2 percent benchmark, it will remain hard for NATO to make substantial expenditure gains, even if smaller members continue to spend more.

For NATO, getting allies to pitch in more monetarily will be key as the alliance tries to reposition more rotational troops across eastern Europe as part of an overall strategy to reassure allies and deter any potential Russia aggression in the region.

During this week’s defense ministerial, NATO members are expected to take a variety of steps to bolster and better position its forces. Among the measures will be decisions related to the size and scope of the NATO Response Force, which functions as NATO’s crisis response capability. It is expected to more than double in size to between 30,000 and 40,000 troops, Stoltenberg said.

Ministers also are expected to approve air, sea and special operations elements for NATO’s new quick-reaction “spearhead force,” a 5,000-member team that is carved out of the alliance’s larger response force. They also are expected to give more authority to NATO Supreme Allied Commander Gen. Philip Breedlove “to prepare our troops for deployment and get them ready to go once the political decision is made,” Stoltenberg said.

To facilitate the decision-making process, “we will have more detailed and advanced plans, which is key to be able to deploy forces quickly,” he said.

U.S. Defense Secretary Ash Carter, who is currently in Germany as part of a European tour, said in Berlin on Monday that NATO is taking steps to reassure its members in the east, who have been rattled by Russia’s intervention in Ukraine last year.

Carter announced that the U.S. will contribute weapons, aircraft, surveillance capabilities and special operations troops for NATO’s rapid-reaction force. The support also could include bombers, fighters and ship-based missiles, The Associated Press reported.

The U.S. will not provide a large ground force to the NATO unit, which will be comprised mainly of European troops.