NATO: Decision on Patriot missiles to Turkey expected this week 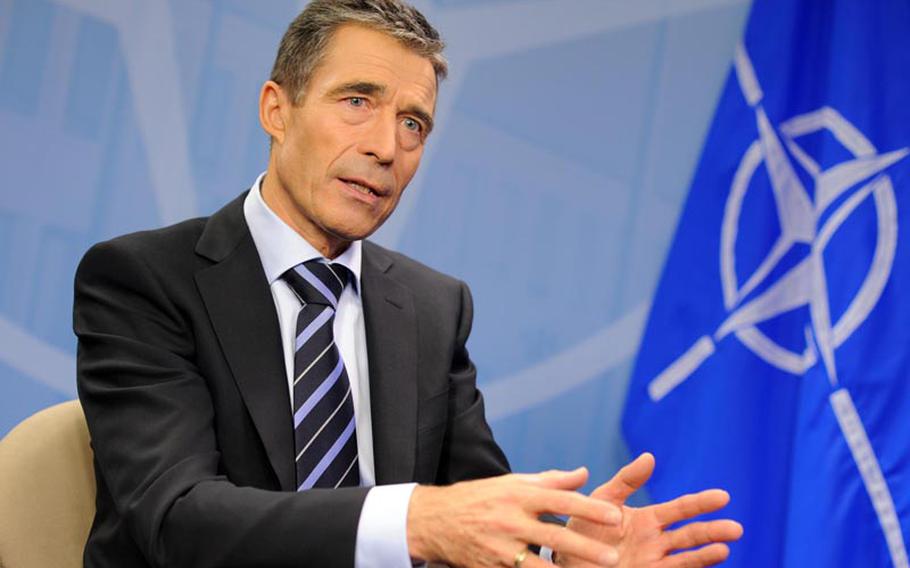 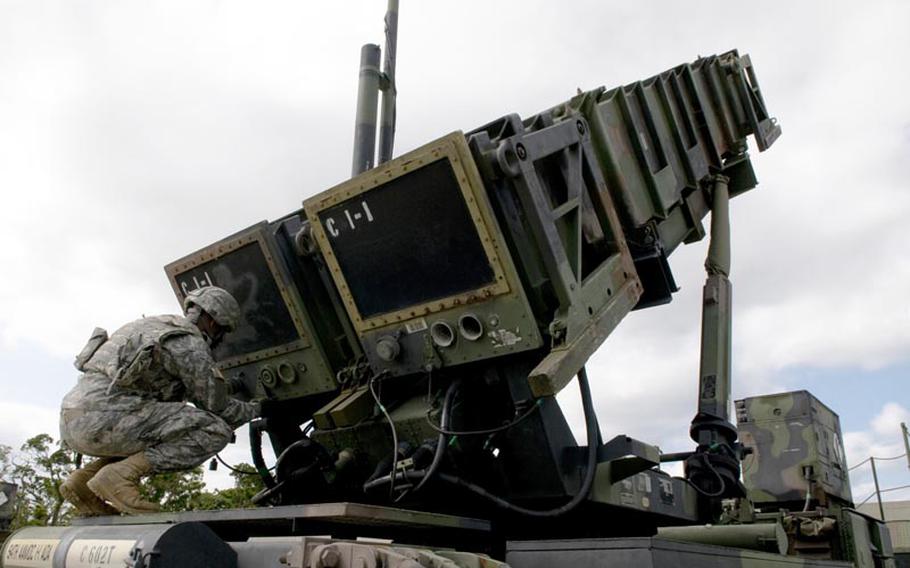 An Army private works with a Patriot missile launcher as part of a field training exercise on Kadena Air Base, Japan, in this Oct. 2011 photo. (Maeson Elleman/U.S. Air Force)

BRUSSELS - The potential deployment of Patriot missiles on Turkey's border with Syria will have a deterrent effect and not be seen as an indicator that NATO is being drawn into the conflict, the alliance's secretary general said Monday.

"Actually, I do believe a possible deployment of Patriot missiles will have a de-escalating effect on the situation, because it will be an effective deterrence, so that a potential aggressor wouldn't even think about attacking Turkey," NATO Secretary General Anders Fogh Rasmussen said in an interview with Stars and Stripes.

Rasmussen said NATO is poised to take action on a request last week by alliance member Turkey, which wants Patriot missiles to help it defend its border from potential ballistic missile attacks from Syria.

NATO has tasked a military team to conduct a site survey this week for possible sites to host Patriots in Turkey. Rasmussen said he expects a decision soon after that.

"All in all I would expect the political decision to be taken within days, not weeks," Rasmussen said.

The nations that possess Patriots - the U.S., the Netherlands and Germany - will need to work out what types of deployments are possible. Separate political deliberations are taking place in those respective countries, Rasmussen said.

From Syria's downing of a Turkish aircraft earlier this year to cross-border shelling that has killed civilians, Turkey has cause to be concerned, Rasmussen said. Syria's access to chemical weapons and uncertainty over the security of those sites only adds to the worry, he said.

"I do believe that is part of the Turkish concern," Rasmussen said. "We know that Syria has the short-range missiles at their disposal and chemical weapons, so you never know."

Meanwhile, Rasmussen also said he remains troubled by the prospect that tension in Syria could ripple across the region.

"There is no doubt the Syrian regime has an interest in this spillover and seeing a spread of the conflict to diffuse the true nature of this domestic Syrian conflict," Rasmussen said.

In the wake of Turkey's request for Patriots, some countries, Russia in particular, have raised concerns that a missile deployment could escalate tensions and serve as a signal that NATO is angling to get more deeply engaged.

Rasmussen insisted NATO has no intention of getting involved militarily.

"The criticism is not justified, and we have an obligation to ensure the effective defensive protection of Turkey, an ally," Rasmussen said. "It is purely defensive."

One obstacle to NATO getting more deeply engaged is a lack of international consensus on Syria. Unlike in Libya, where NATO enforced a no-fly zone and bombed military sites, helping bring down dictator Moammar Gadhafi, there is no U.N. mandate for action in Syria, Rasmussen said.

"People ask, but isn't it just as outrageous what we're witnessing in Syria? And the answer is, yes," Rasmussen said. "But there still is a clear difference between Libya and Syria."

The situation on the ground in Syria is more complex and neighbors in the region aren't involved in the same way, Rasmussen said.

"We have to take all that into consideration," he said. "Whenever you consider military actions, you have to ask yourself, would such intervention make things better or worse? I think any foreign military action in Syria would have unpredictable repercussions in the whole region."

"NATO has no intention to intervene militarily in Syria," Rasmussen added.