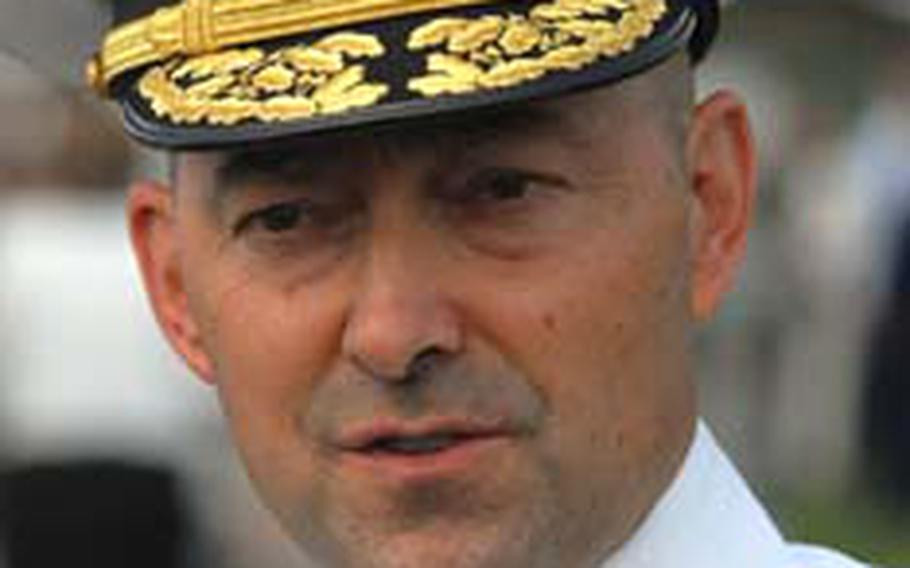 STUTTGART, Germany &#8212; It&#8217;s been two years since Russian submarines plunged the depths to plant a flag beneath the North Pole, symbolically laying claim to vast oil and mineral reserves under the ice.

Since then, the Russians have continued to assert ownership, and the muscle-flexing is grabbing the attention of increasingly wary NATO leaders.

&#8220;This is something that we&#8217;re starting to spend more time thinking about,&#8221; said Adm. James Stavridis, during an appearance Friday at the Royal United Services Institute in London, where he described the &#8220;high north&#8221; as an area of growing strategic concern.

Stavridis&#8217; speech tackled a range of issues facing NATO as it works to revamp its Strategic Concept. The current concept hasn&#8217;t been updated for 10 years.

In the case of Russia, Stavridis, the first admiral to occupy NATO&#8217;s top military position, talked about the alliance&#8217;s path ahead in the 21st century and how much hinges on its relations with Russia.

In the case of the Arctic, melting ice caps in the years ahead could open new shipping lanes and trade routes, as well as access to some of the world&#8217;s largest oil and gas reserves.

Russia has claimed a swath of the Arctic seabed, but other nations with Arctic coastlines, including the U.S. and Canada, have disputed the territorial footprint Russia has roped off for itself.

Whether in the Arctic or elsewhere, finding areas of agreement with Russia will continue to be difficult for NATO, which is still viewed with deep suspicion by Russia, according to Jonathan Eyal, director of international security studies at the Royal United Services Institute.

Controlling large reserves of oil is viewed by the Russians as a stepping stone to regaining some of its old glory, which means that the Arctic will likely be a zone of antagonism, he said.

Earlier this year, the Russian Security Council posted on its Web site a paper describing the country&#8217;s Arctic strategy. The document calls for a new military force to be established by 2020 to protect Russian interests in the region. The strategy also calls for building up military units to secure Arctic coastal borders.

Still, NATO says it will continue to look for ways to thaw that old Cold War ice.

&#8220;We need to get to a cooperative place with Russia. We need to have a serious dialogue. We need to recognize our disagreements, but find zones of cooperation,&#8221; Stavridis said.