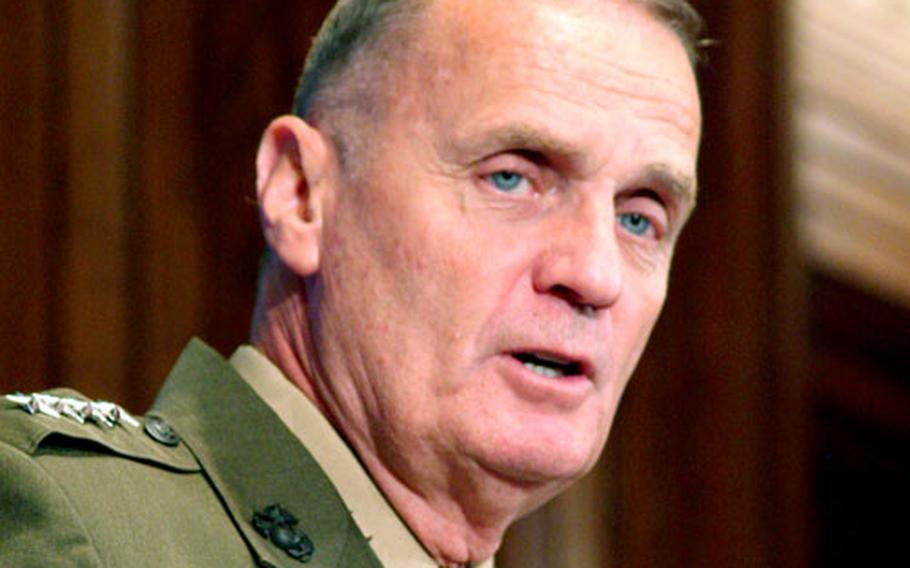 ARLINGTON, Va. &#8212; The NATO Supreme Allied Commander Europe acknowledged Thursday that Afghanistan is in the midst of a spring offensive, but he downplayed its seriousness and the possible resurgence of the Taliban.

Coalition troops in Afghanistan had anticipated an uptick in fighting this spring, Jones said.

While violence in the Kandahar region bears hallmarks of the Taliban, Jones cautioned against concluding that Taliban is making a comeback, saying unrest in Afghanistan comes from many sources including narco-terrorists, warlords and criminals.

&#8220;Let me be clear that each group has access to IEDs. So an IED going off does not mean a radical Islamic organization. It could be anyone,&#8221; Jones said.

NATO is slated to take over the mission in Afghanistan later this year.

Asked why some countries taking part in operations in Afghanistan could opt out of counterterrorism operations, Jones said not every nation in the alliance has to sign on for the same mission.

&#8220;The spectrum of operations in Afghanistan covers the gamut from defensive force protection all the way to the offensive counterterrorist operations,&#8221; Jones said.

But Jones noted that nations have always contributed NATO forces with &#8220;some strings attached,&#8221; and that can complicate matters.

Contributing nations put so many restrictions on the use of their forces in Kosovo that Jones was prompted to ask NATO officials why the forces were even there, he said.

Ultimately, the various militaries in Kosovo were all able to get on the same page, Jones said.

While NATO is &#8220;not quite there in Afghanistan,&#8221; the alliance has agreed that there will be no such restrictions on forces going into the south of that country, Jones said.