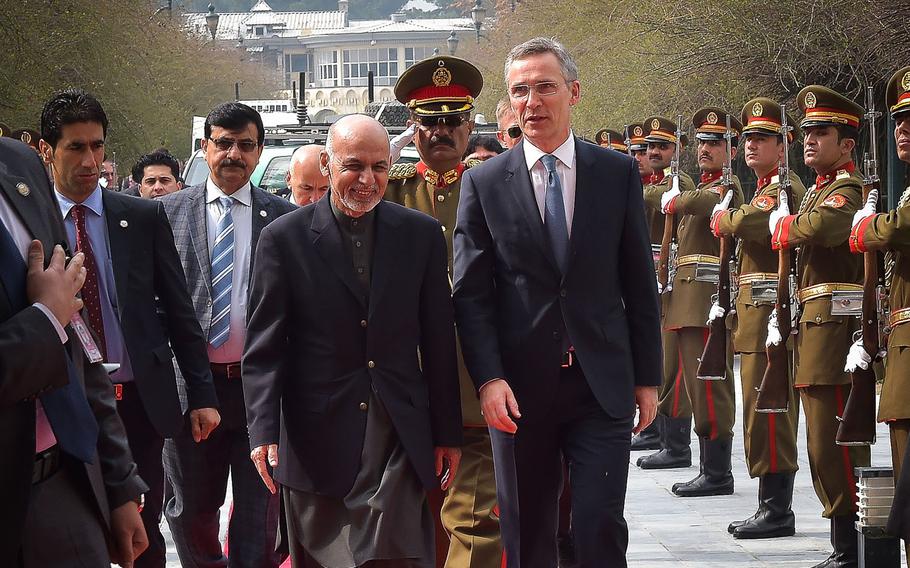 NATO’s top official on Tuesday rejected the idea of restarting alliance combat operations in Afghanistan despite a series of impressive Taliban offensives, urging instead that the government press ahead with key reforms for continued international support.

NATO Secretary-General Jens Stoltenberg acknowledged that 2016 would likely be “a difficult year” for Afghanistan but said he was optimistic that local forces were “capable of providing sufficient security for the country.” He spoke during a joint news conference with Afghan President Ashraf Ghani.

The comments came just hours after The Washington Post reported that Gen. John F. Campbell, who commanded U.S. forces in Afghanistan until earlier this month, supported resuming some airstrikes in support of Afghan operations against Taliban insurgents.

The militant group is now believed to control more Afghan territory than at any time since the U.S.-led invasion 15 years ago removed them from power. Many analysts have expressed concern that the coming fighting season, which traditionally begins in spring, will be the bloodiest in years.

Since the end of its combat mission in December 2014, a much-reduced NATO mission, known as Resolute Support, is mainly focused on training, advising, and assisting Afghan security forces.

During a two-day visit to Afghanistan, Stoltenberg assured the government that the alliance would continue to provide all the required assistance that falls under its new mandate.

He also used his speech on Tuesday to encourage Kabul to implement reforms.

The more reform there is, he said, the easier it will be for NATO member states and partners to contribute troops to Resolute Support and to provide financial support “so crucial for the strength of the Afghan forces.”

He said “continued implementation of reform” was “the key deliverable we would like to see by (NATO’s) Warsaw summit.”

The July summit will focus on securing financial contributions to support Afghan security forces and troop contributions until 2020. The alliance now has commitment from members until 2017.