NATO chief: OK if someone other than Karzai signs 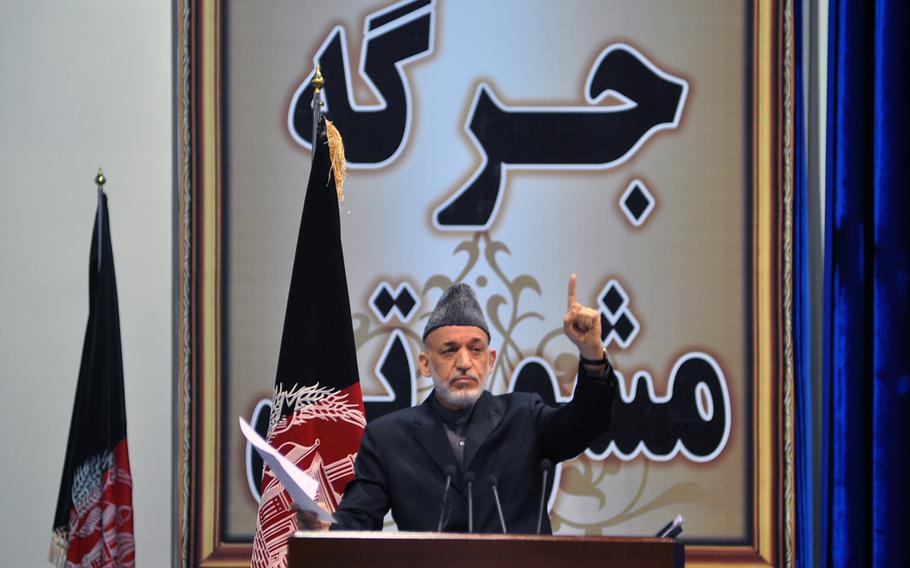 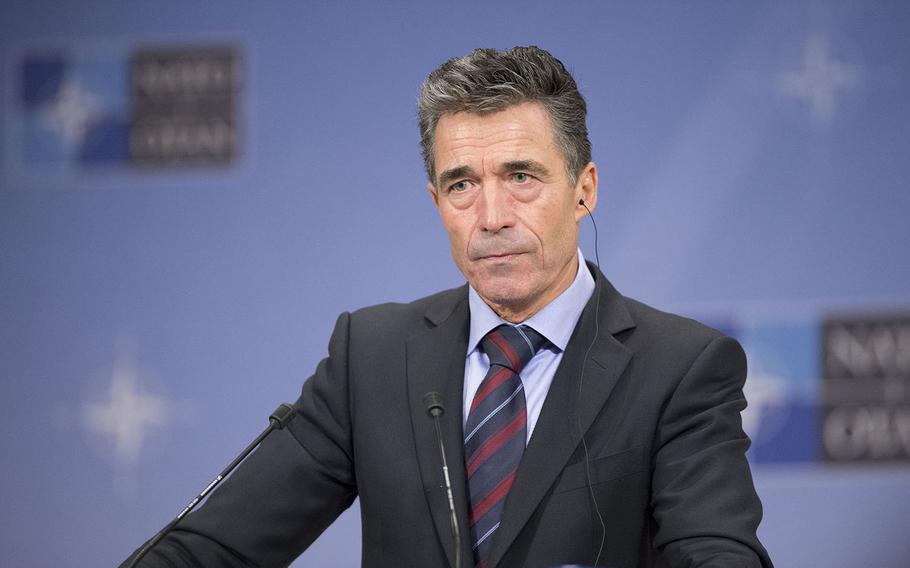 STUTTGART, Germany — NATO’s top official signaled on Wednesday that Afghan officials other than President Hamid Karzai have the power to sign a key long-term security accord with the U.S. and NATO, which must be agreed to soon if the alliance is to maintain a troop presence in Afghanistan after its combat mission ends next year.

“I would say everyone who is authorized to represent respective governments would be able to sign such an agreement,” said NATO Secretary-General Anders Fogh Rasmussen during a meeting of alliance defense ministers.

Rasmussen’s comments, which came after a meeting with Afghan ministers in Brussels, mirror similar statements by U.S. Secretary of State John Kerry, who on Tuesday said Afghan Defense Minister Bismullah Kahn Mohammadi should step in and sign the agreement with the U.S.

For the U.S. and NATO, the idea of circumventing Karzai comes as frustration continues to mount with the mercurial Afghan leader. The bilateral security agreement with the U.S. is the foundation for a separate status of forces agreement with NATO, Rasmussen said. Without a signed contract between the two sides, Washington and its coalition partners would likely withdraw all troops by the end of 2014. Financial aid to Afghan forces engaged in the fight against the Taliban would also be put at risk, diplomats say.

Karzai, who has issued a series of new demands for a security deal, has said he will not sign any accord until April, when his successor is elected, a timeline that U.S. and NATO officials say is unacceptable. Karzai’s delay also defies the recommendation of a nationwide consultative council, or Loya Jirga, he convened last month to review the accord.

The drawn-out dispute with Karzai resembles what U.S. officials experienced two years ago in Iraq, when failure to agree on a similar status of forces agreement with the government in Baghdad killed plans for a postwar training mission that was to include NATO advisers.

Rasmussen said Afghan ministers attending the meeting in Brussels offered no new timeline for obtaining approval of the security deal, which Washington insists must be signed by the end of this year.

“I have to stress that time is of the essence and is gradually running out,” he said.

Without an agreement to maintain a troop presence, NATO must plan for the full withdrawal of troops and the transport of all equipment from Afghanistan by the end of 2014, he said.

“We have made it clear to the visiting Afghan ministers that we need that legal clarity before we can move ahead with planning our deployments,” Rasmussen said. “We all need clarity and certainty and need it soon.”