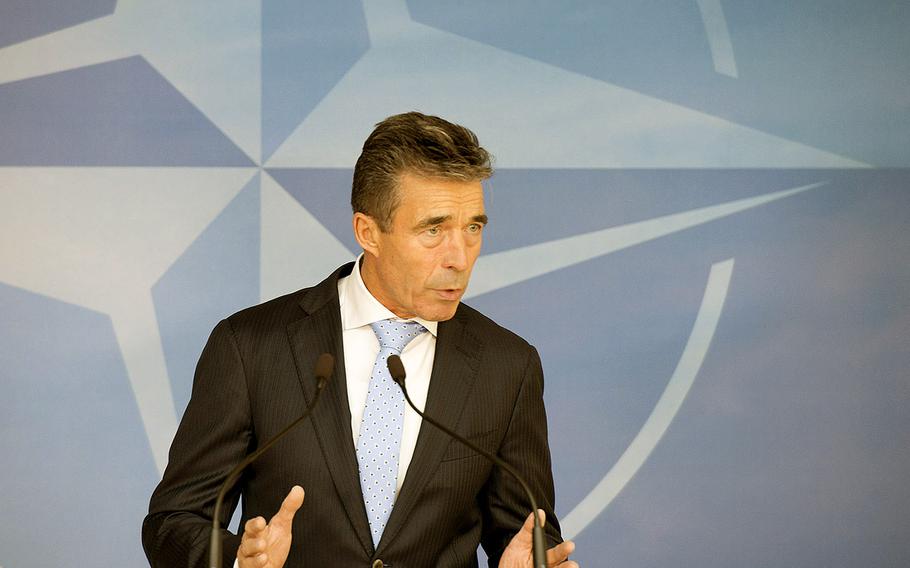 NATO’s top official is heading to Turkey as the crisis escalates in neighboring Iraq, where Islamic militants have occupied large parts of the country and are threatening to advance on the capital of Baghdad.

On Wednesday, NATO envoys held a rare emergency meeting in Brussels at Turkey’s request to discuss the deteriorating situation in Iraq, where militants belonging to the Islamic State in Iraq and the Levant are holding 80 Turkish citizens hostage. NATO officials said the meeting was purely informational and that Turkey had not requested alliance assistance in securing its borders against the rapidly advancing militants.

On Thursday, Rasmussen said that he didn’t see a role for NATO in Iraq. “We don’t have a mandate. We don’t have a request. But we follow the situation closely,” he said.

NATO’s 28 member nations have been focused in recent months on the escalating confrontation with Russia over Ukraine, which some analysts have warned could lead to a revival of the Cold War on the Continent. After the 13-year war in Afghanistan, most member states are wary of another military engagement outside the alliance’s traditional theater of operations in Europe and the North Atlantic.

In Iraq, Sunni insurgents aligned with al-Qaida already have overrun the second-largest city of Mosul, as well as Tikrit, and closed in on the country’s biggest oil refinery and the holy Shiite shrine in Samarra. They have announced plans to head south and seize Baghdad from the disintegrating government forces.

But in Baghdad, a senior Western diplomat said it was unlikely that ISIL could storm the city with the limited forces at its disposal. A more likely scenario could see the religious radicals laying siege to the capital in a campaign that would last several months.

The official, who spoke on usual condition of anonymity, acknowledged that Western diplomats had been caught by surprise “by the remarkable speed with which ISIL has seen off the Iraqis.” Still, although foreign missions were conducting “prudent planning,” they were not preparing for a mass evacuation from the capital.

At the State Department, spokesperson Jen Psaki said, the status of staffing at the U.S. Embassy and consulates had not changed. However, U.S. citizens “under contract to the Government of Iraq, in support of the U.S. Foreign Military Sales (FMS) program in Iraq, are being temporarily relocated by their companies due to security concerns in the area.”

Fighters belonging to ISIL and several other radical groups now control a wide swathe of territory straddling the desert border between Syria and Iraq. They gradually gained strength and volunteers in Syria, where they now represent the main fighting element of the forces opposed to the country’s secular ruler, Bashar Assad. But over the past six months, they have started infiltrating across the porous border into Iraq’s Anbar province, where they have seized control of major towns such as Fallujah, which was the scene of bloody battles between insurgents and U.S. troops during the height of the Iraq War.