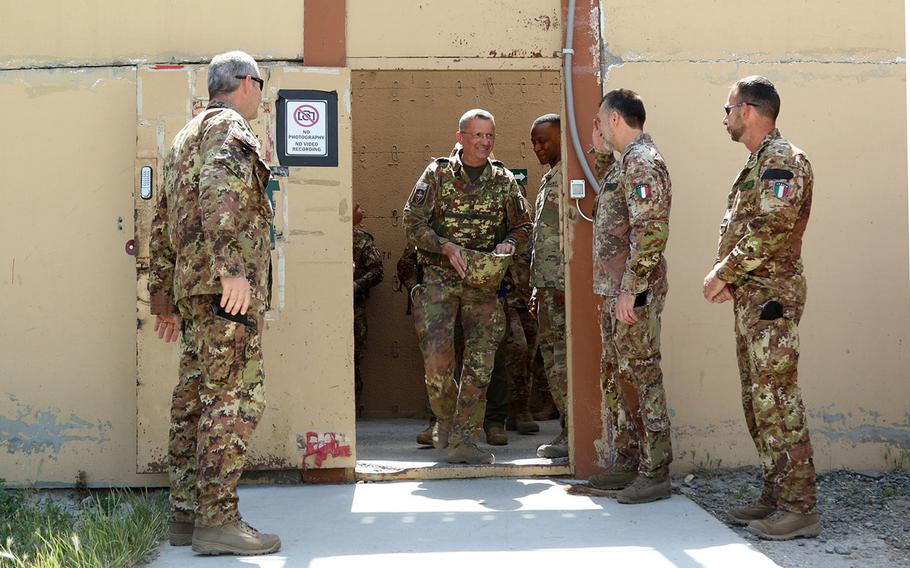 Italian Maj. Gen. Antonio Bettelli is the first person to process through and leave from the new passenger terminal at Resolute Support headquarters in Kabul, Afghanistan, June 3, 2018. (Erickson Barnes/Resolute Suppor)

Italian Maj. Gen. Antonio Bettelli is the first person to process through and leave from the new passenger terminal at Resolute Support headquarters in Kabul, Afghanistan, June 3, 2018. (Erickson Barnes/Resolute Suppor) 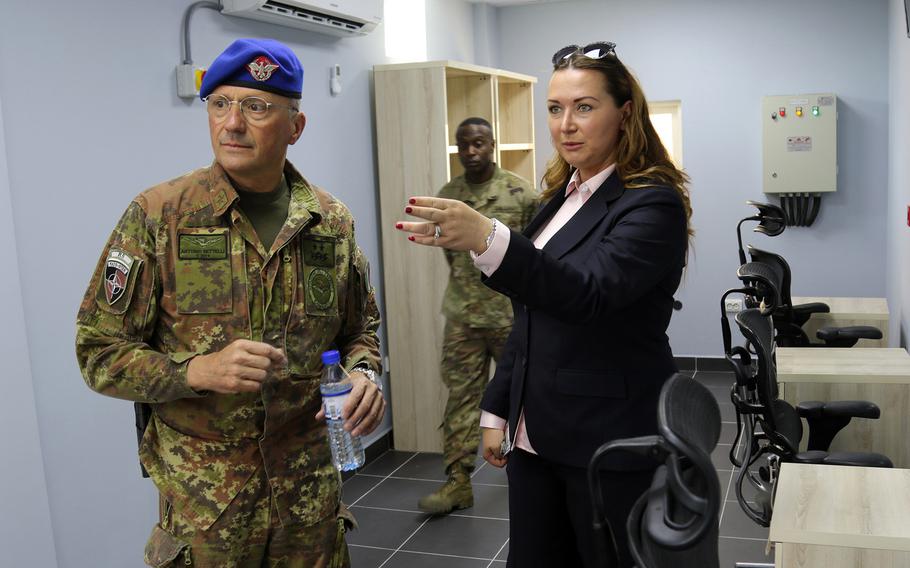 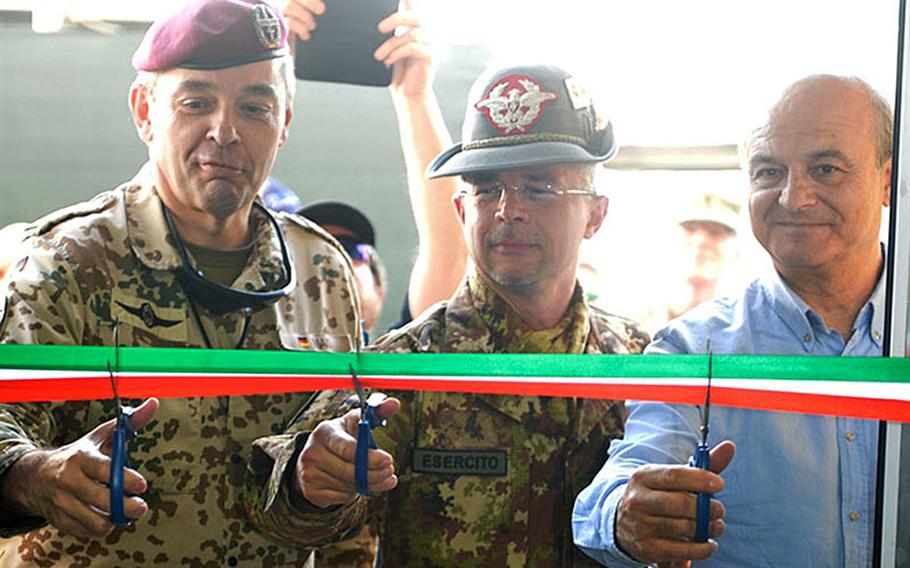 Nearly 17 years after the U.S.-led invasion of Afghanistan, the international coalition in Kabul is putting down new roots with hardened permanent structures to replace temporary ones at its headquarters in the increasingly violent capital.

A contract to build a massive, concrete command-and-control center on the compound is currently out to bid, officials there said last week.

Some base personnel in June said construction of the planned three-story, 120,000-square-foot concrete building would require hundreds of people living and working in temporary structures at the headquarters to relocate to other nearby bases.

The complex is expected to have more than 800 workspaces, according to a NATO procurement document. Contracting rules bar release of further details during the bidding and design phase, officials said.

The plans follow completion earlier this summer of a permanent passenger terminal and control tower at the compound’s helicopter landing zone, which until a few years ago was still a soccer field. An uptick in air traffic at the Resolute Support headquarters, the result of rising insecurity in the capital, drove the effort.

“This project was accomplished rapidly ... due to the significant increase of helicopter flights at RS HQ, which made the previous provisional arrangements untenable,” the NATO Support and Procurement Agency said in a July statement about the tower and terminal.

Helicopter commutes to and from NATO’s downtown headquarters have become common in recent years as bombings and ambushes have made road travel dangerous for coalition troops and officials, the Defense Department’s lead inspector general for its Afghanistan mission said in a May report.

The increased reliance on air travel comes with a cost. Flight fees for each 3-mile trip to the airport were expected to increase from $1,350 to $2,250, Sopko said.

Upgrades to the landing zone costing about $760,000 and funded by NATO members were completed in July, Resolute Support officials said.

In a statement touting the tower and passenger terminal project’s completion, the alliance’s procurement agency said its role in Afghanistan is increasing and it had “many projects underway.”

The base upgrades come as the mission in Afghanistan has again expanded in recent years after drawdowns under the Obama administration.

The U.S. has been lobbying its partners for increased contributions, as the Trump administration has committed to an open-ended presence in the country and increased troop numbers. The United Kingdom has recently begun deploying additional troops to the country.

Currently, some 14,000 U.S. troops and nearly 8,000 other foreign troops are working to build up the government’s security forces and beat back Taliban insurgents and terrorist groups. Hundreds of more Pentagon civilians also support the mission there, along with about 26,000 Defense Department contractors — some 10,000 of them American citizens.