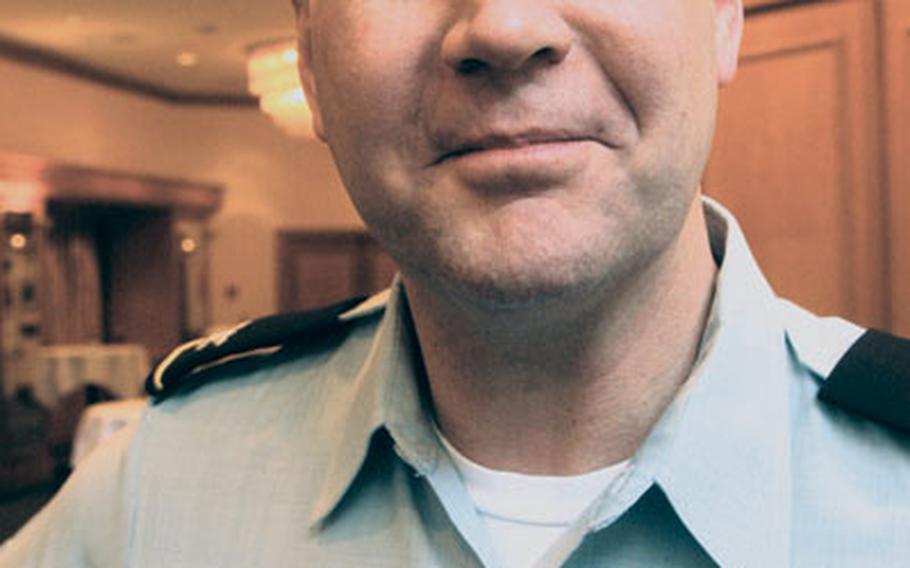 STUTTGART, Germany &#8212; The U.S. European Command is organizing meetings of military inspectors from the Balkan and Black Sea nations as part of an effort to help shore up their militaries.

A group from EUCOM and Bosnia will confer Oct. 30 through Nov. 1 with new inspectors general in Montenegro, which split with Serbia in 2006 to become southeastern Europe&#8217;s newest nation. Montenegro inherited the navy after the Serbia-Montenegro divorce. The coastal nation also has a brigade&#8217;s worth of troops.

Inspectors general inspect the professionalism and effectiveness of military units and troops and investigate alleged wrongdoing. The European Command also has scheduled a February meeting in Albania for all Balkan nations. Another is being lined up for Black Sea nations, such as Romania and Bulgaria.

The various initiatives stem from a gathering in September in Garmisch, Germany, where officials from 18 nations talked about military corruption, enforcement of professional standards and other topics.

The effort is part of EUCOM&#8217;s prime mission to work with other nations&#8217; militaries, Anderson said.

Like Serbia and Montenegro, Bosnia was once part of the former Yugoslavia, which was ripped apart by civil war in the 1990s. Its inspectors general will help tutor the fledgling Montenegro inspector general corps. Bosnia borders Montenegro to the north. Bosnia is now using a system like that of the U.S., according to Lt. Col. Nedzad Sadikovic of the Bosnian defense ministry, and the system already has been put to the test.

Soldiers flooded the Bosnian inspectors general offices after several downsizings in recent years, with many troops petitioning the military to determine if they were legally laid off. In the past year, Sadikovic said, more than 300 cases were heard.

&#8220;Some people believed that someone else should have been (removed from) the army. We try to find why it happened, and what is the reason.&#8221;

Other troops petitioned Sadikovic&#8217;s office for pay they felt they had coming but didn&#8217;t receive.

Not all inspectors general operate the same way, Anderson said.

The U.S. investigates, inspects and assists individual troops. The French model is inspection-heavy and reports directly to the French defense ministry. The German inspectors report to Germany&#8217;s elected officials. Teaching emerging militaries about these models will be one of EUCOM&#8217;s goals. &#8220;It&#8217;s an investment that we think is going to pay off for us in the long run,&#8221; Anderson said.

&#8220;You want these nations to be stable, to have the tools for rooting out corruption and for solving the problems that soldiers have, so you have a competent ally.&#8221;