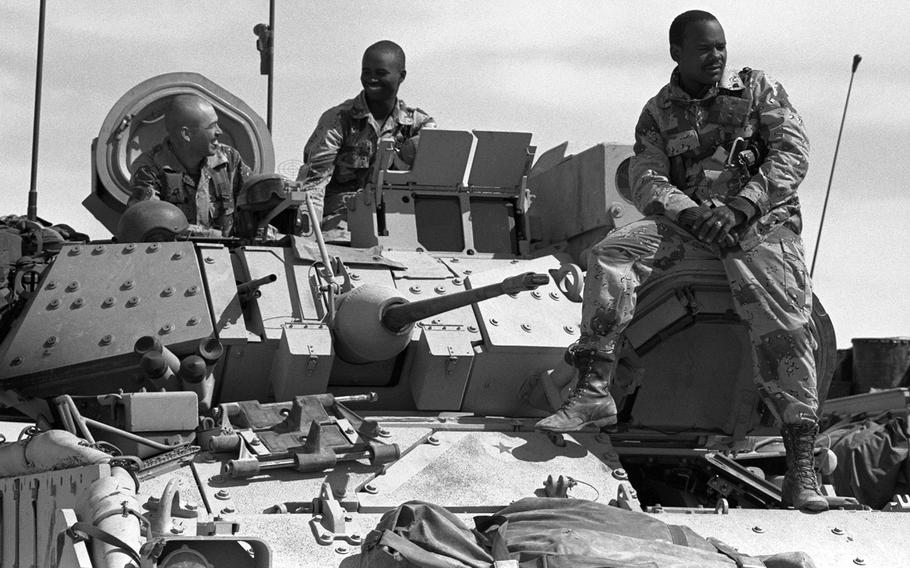 WASHINGTON — A federal commission on Thursday approved a site on the National Mall for the future National Desert Storm and Desert Shield War Memorial after several months of debate over whether to choose another location along the Potomac River.

The U.S. Commission of Fine Arts voted to place it on one-quarter acre at the southwest corner of 23rd Street and Constitution Avenue, a decision celebrated by supporters who advocated for a spot on the National Mall during the three-year site selection process.

“These men and women who went to Desert Shield, Desert Storm put their lives on the line for this country, and they deserve to be placed next to my brothers and sisters who are on that wall in Vietnam, in World War II and Korea, where I served,” Roe said.

Four members voted in favor of the location, one opposed it and one member abstained from voting. It was a reversal of their decision in March to put the memorial on the Belvedere, a portion of land along the Potomac River at the western end of Constitution Avenue.

The commission was forced to reconsider their previous decision Thursday because another federal board tasked with choosing the memorial location – the National Capital Planning Commission – decided on the 23rd and Constitution site. According to federal statute, both commissions, along with the National Park Service, must agree on a location.

The National Desert Storm War Memorial Association, which is responsible for the planning and construction of the memorial, opposed the Belvedere site because it is difficult to access from other war memorials.

Scott Stump, president of the memorial association, opened the meeting by asking commissioners to watch their presentation with “an open mind and objective eyes.”

Commissioner Elizabeth Meyer, who voted in opposition to the 23rd and Constitution site, asked the National Park Service and Department of Interior to reflect on the long-term vision for the National Mall. She said it should include more than war memorials.

“I’m concerned with the proliferation of war memorials on the National Mall,” Meyer said. “The Mall is public space that symbolizes our collective national identity, and we’re more than wars.”

President Donald Trump signed a resolution in March approving a Desert Storm and Desert Shield memorial in Washington. The association is responsible for all aspects of the memorial, including fundraising, design and construction. It’s estimated to cost about $25 million and to be completed in 2021.

Now that the location has been approved, the National Desert Storm War Memorial Association will move forward with the memorial’s design and fundraising.

“This has been the longest, daunting, and most enduring part of our endeavor so far,” the association posted Thursday to its website. “It has also been a very rewarding one.”