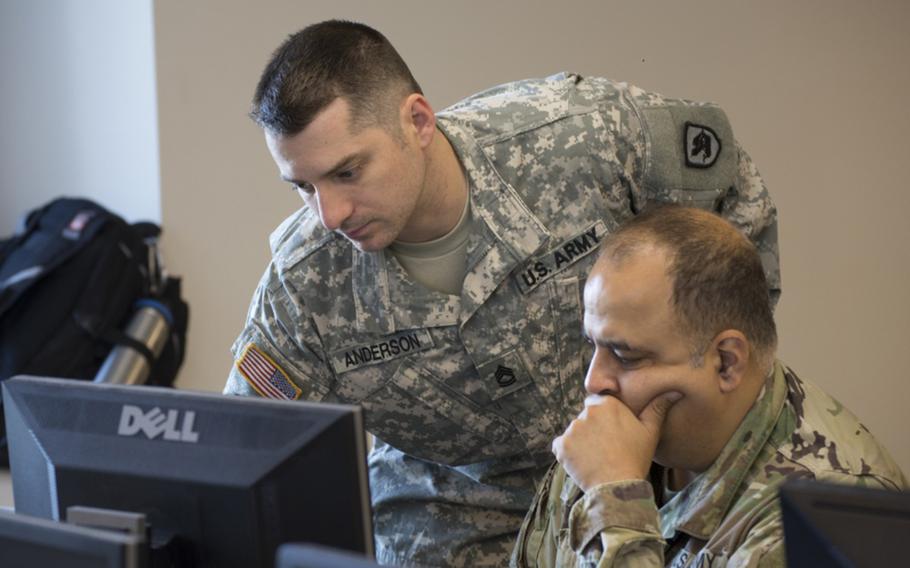 The Army is making it easier for National Guard troops to get an education as it strives to recruit and retain more soldiers.

Starting Aug. 5, guardsmen will have access to tuition assistance immediately after basic training and job-specific schooling, Ken Hardy, the chief of the Army Guard’s Education Services Branch, said in a phone interview Thursday.

Active-duty soldiers, guardsmen and reservists are currently unable to access the tuition benefit until they’ve completed a year of service at their first unit.

Hardy said that requirement was designed to help active-duty troops adapt to Army life. Guardsmen head home after training and have time to go to school immediately, he said.

The change should help with recruiting and retention since studies show education is the primary reason why six out of 10 guardsmen join up, Hardy said.

And those who use education benefits while they’re in the military are more likely to stay in uniform, he added.

Another change starting in August will affect officers and enlisted troops seeking a master’s degree.

A 10-year time limit for soldiers to use tuition assistance after tapping it to study for an undergraduate degree will be lifted.

The funding instead will be tied to completion of the Advanced Leadership Course for enlisted troops, the Warrant Officer Advanced Course for warrant officers, and the Captain’s Career Course for commissioned officers, Hardy said.

Linking the benefit to professional development ensures civilian and military education happens at the same rate, he said.

However, National Guard soldiers who don’t use tuition assistance to seek a bachelor’s degree can use it to seek a master’s degree without doing a career course, he said.

National Guard leadership isn’t concerned about troops seeking a civilian education instead of focusing on the Army, Hardy said.

“Civilian degrees round out their education, which leads them to be more successful in their pursuit of military education,” he said. “Voluntary education makes a better soldier and better citizen.”

The National Guard will keep looking for ways to improve education benefits. Leaders are seeking changes to let soldiers use GI Bill benefits in conjunction with tuition assistance, he said.

“We believe it would significantly and positively impact our recruiting and retention efforts,” he said. “We want soldier’s access to benefits to be as wide as possible. There is still a restriction in place, but we are still fighting.”