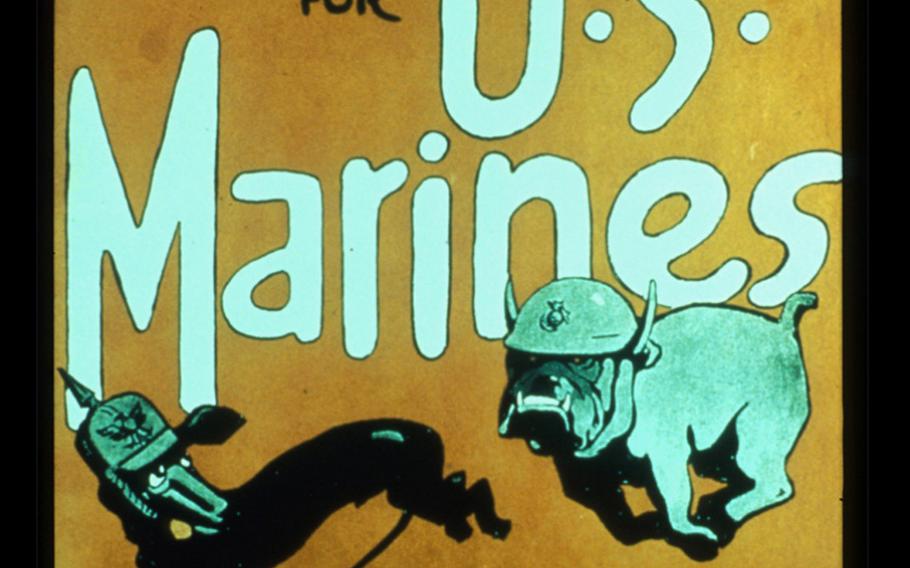 This Marine Corps recruiting poster appeared shortly after the World War I Battle of Belleau Wood, which purportedly gave birth to the term "Devil Dogs." ()

This Marine Corps recruiting poster appeared shortly after the World War I Battle of Belleau Wood, which purportedly gave birth to the term "Devil Dogs." () 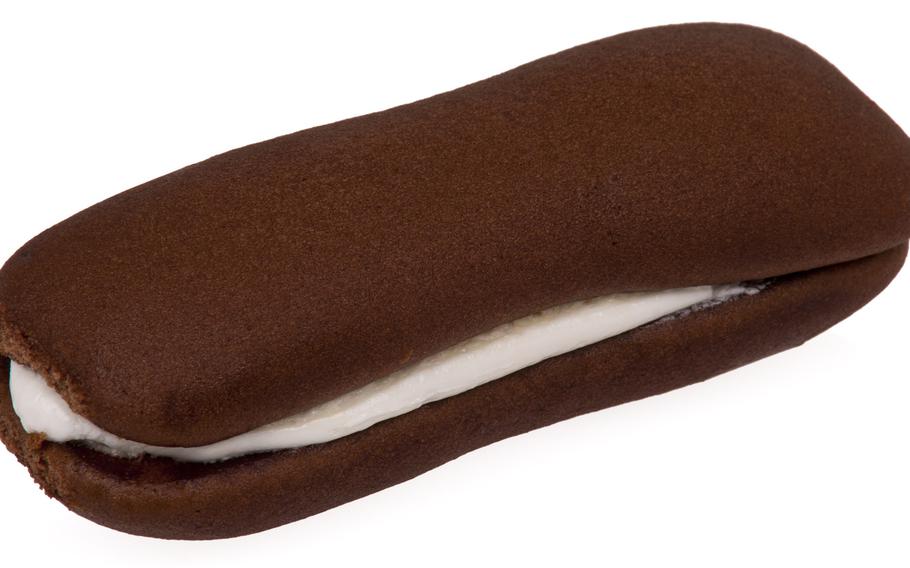 Every dog will have its day, and Friday belongs to the Devil Dog.

No, not the Marine moniker of dubious origins dating back nearly 100 years, but the baked devil’s food treat introduced by Drake’s Cakes in 1926. This is the first National Devil Dog Day, which is planned to be an annual affair.

According to the National Day Calendar, Andrew Sobel registered the day in memory of his grandfather, Howard Leslie Sobel, who kept a stash of the snack in his cupboard and liked to share.

The “authoritative” online calendar tracks days, weeks and months that have been designated for special, sometimes goofy, observances. Anyone can request a day, but only 30 are selected to be honored from more than 20,000 applications each year, said website founder Marlo Anderson.

In an odd twist this year, the week also began with Devil Dog-related news. Not about the snack cake but the term.

French President Emmanuel Macron visited Washington Monday bearing the gift of an oak sapling that had grown near the mossy “Devil Dog” fountain in the village of Belleau, not far from where the Marines are said to have earned their famous nickname in June 1918.

A photo of Macron and President Donald Trump planting the twig on the White House lawn was widely shared online.

Corps dogma has it that Marines battling to capture “untakeable” and “impenetrable” Belleau Wood, about 60 miles northeast of Paris, mounted unrelenting attacks, leading the Germans to dub them “Teufelhunden.”

That word, referring to “fierce fighting dogs of legendary origin,” was “belovedly translated ‘devil dogs,’” according to Marine Corps recruit training materials, known as “knowledge” among boot camp denizens. The term was incorporated into a recruiting poster that touted its Teutonic origins not long after the battle, in which more than 9,250 Marines were killed or wounded. But there’s no credible evidence that the Germans gave the Marines the appellation, Bob Aquilina of the Marine Corps History Division told Stars and Stripes in 2011 — one of many deflations of the Marine Corps’ puffery.

Still, recruits have long been required to learn the epithet and its origins. Many later develop an involuntary cringe at hearing the term, often used by ranking Marines in a preamble to a “lifing,” or berating, of junior servicemembers.

“Devil dogs” also charged into popular culture, appearing in books and movies about the Marines, but also in seemingly unrelated brands such as dungarees and hot dog food trucks or restaurants, perhaps a sign of its marketing power.

It’s not clear how the snack cakes got the name.

The Drake’s brand was owned by Hostess when the Twinkie-maker declared bankruptcy and filed for liquidation in 2012. The following year, McKee Foods, maker of Little Debbie Snacks, purchased the Drake’s brand and reintroduced its top-selling products, including Ring Dings, Yodels and Yankee Doodles.

McKee, which last year introduced Fudge Dipped Devil Dogs, the first spinoff of the original in 91 years, did not respond to repeated requests for comment.

There was a flourishing of similar frosting-filled baked goods in the 1920s, said Anastacia Marx De Salcedo, food writer and author of the book “Combat-Ready Kitchen: How the U.S. Military Shapes the Way You Eat.”

Creme-filled, baked delights like the Devil Dog were made possible by the development of hydrogenated oil that allowed for shelf-stable frosting. Traditional ingredients like butter or lard would melt or go rancid at room temperature and “become disgusting,” Marx de Salcedo told Stars and Stripes in an interview.

Marx de Salcedo’s book documents examples of food innovations that originate in military efforts to feed the troops in the field. Many trace back to Natick Soldier Systems Center in Natick, Mass., or Pentagon contracts.

Unlike military-spawned energy bars and the McRib, however, there doesn’t seem to be a clear connection between the cakes and the Corps.

Marx de Salcedo noted that one of Drake’s first products way back in the 1890s was pound cake, though it’s likely not the same cherished dessert found in military Meals, Ready to Eat.