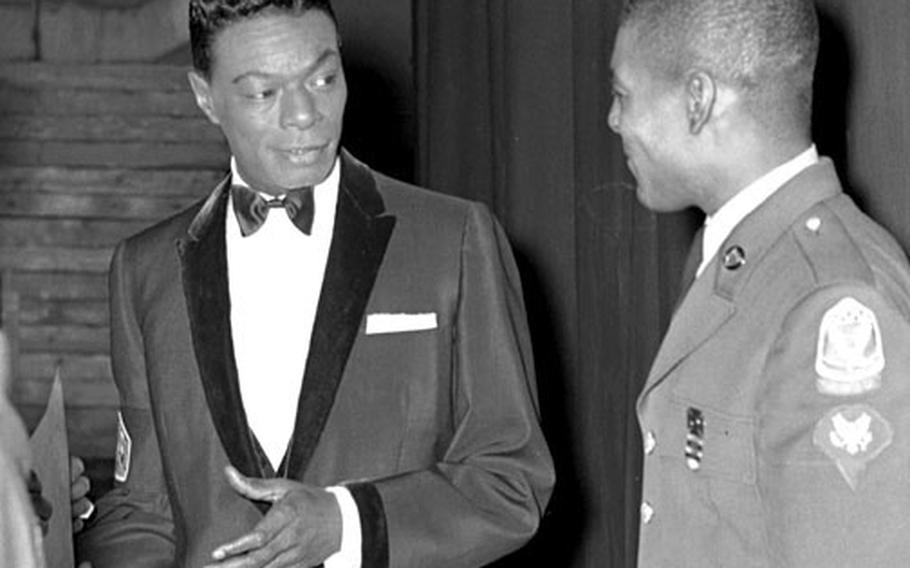 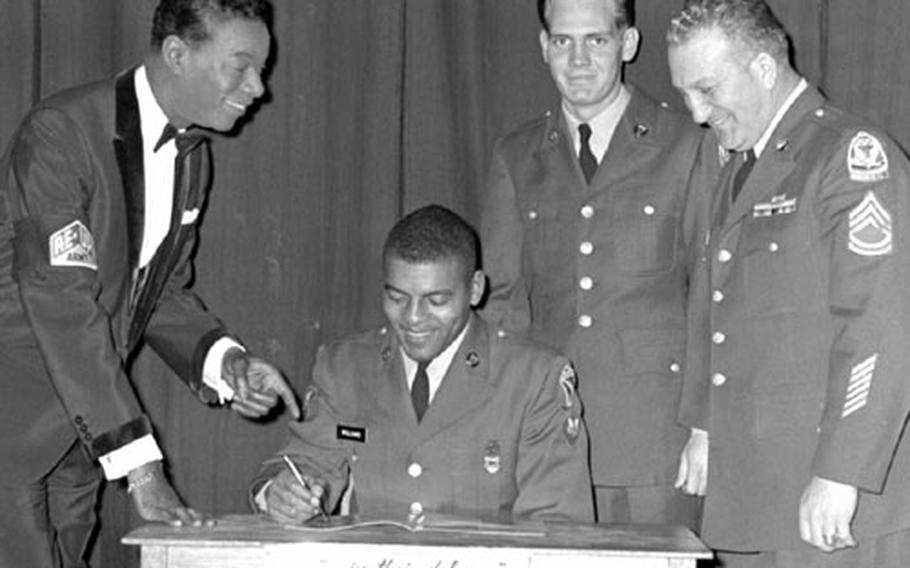 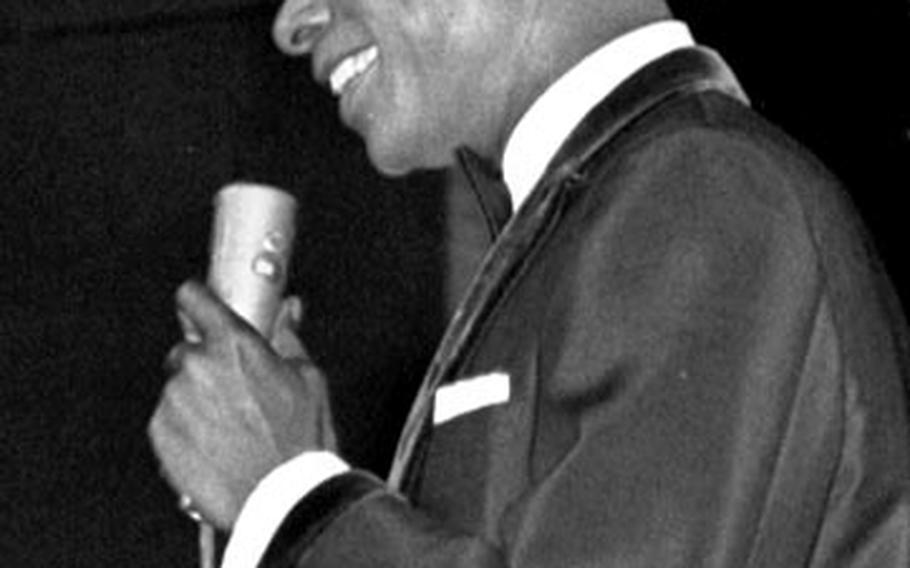 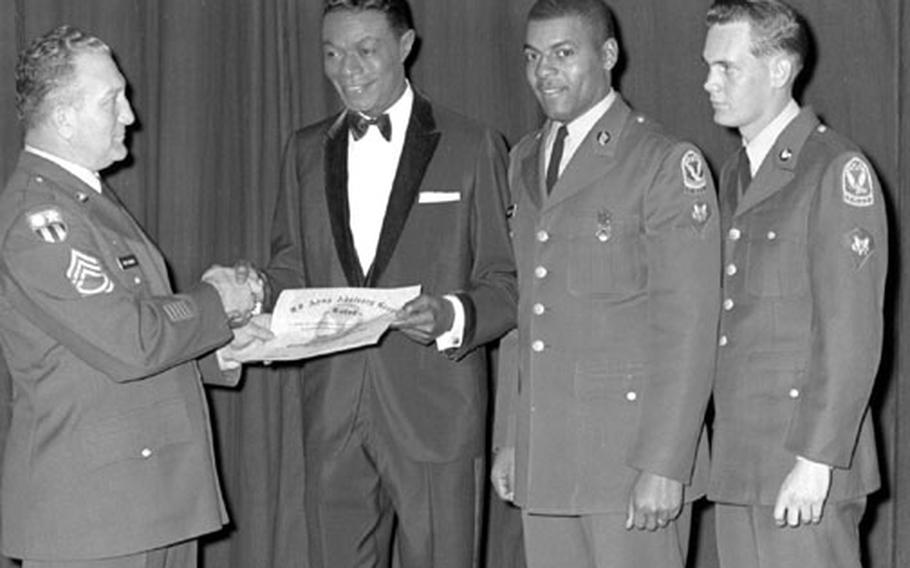 Buy Photo
Nat King Cole is presented with a certificate making him an honorary Army recruiter. (Stars and Stripes)

SEOUL &mdash; "I hope someday to be able to spend more time with my wife and five children," said singer Nat "King" Cole a few minutes before he attended a reception given in his honor by Seoul theatrical executives, entertainers and businessmen.

"But, in the meantime, I'll go on singing popular songs people around the world love to hear," he said.

He says he has no particular favorite song. "Some songs, however, have a strange and vibrant impact on me &mdash; so it seems my whole soul is singing," he said.

"They're naturals for success &mdash; like Ramblin' Rose. I knew it was going to be a great hit the first time I heard it. It's the kind of a tuneful melody that you hear over and over again, even when you're not singing."

He was asked what goes on in his mind when he is singing before an audience. "Lot of things," he said. "I usually like what I'm singing and I hope they do too. Oh, sometimes it gets to be a routine and after it's over I wonder what I've done.

"But I'm usually conscious of the audience &mdash; I feel a kinship with them in music. It's sort of: doing something together."

This is Cole's first trip to Korea. "I've travelled all over the Orient, but this is my first trip here, and frankly I'm deeply impressed with the people and the country."

He said he had only been in the country a few hours, "but I noticed signs of progress everywhere I looked."

Cole, with a troupe of 14 entertainers and technicians has been making appearances for the last month in the Orient.

Cole said it is most gratifying to go into a theater fell of people in the Far East and find that the audience "is very familiar with my singing, and find that they have been playing my records for years. I consider this a great honor, and I feel deeply grateful toward them."

Cole's wife and children, who have been making the Far East tour with him, have remained in Tokyo while he is in the ROK.