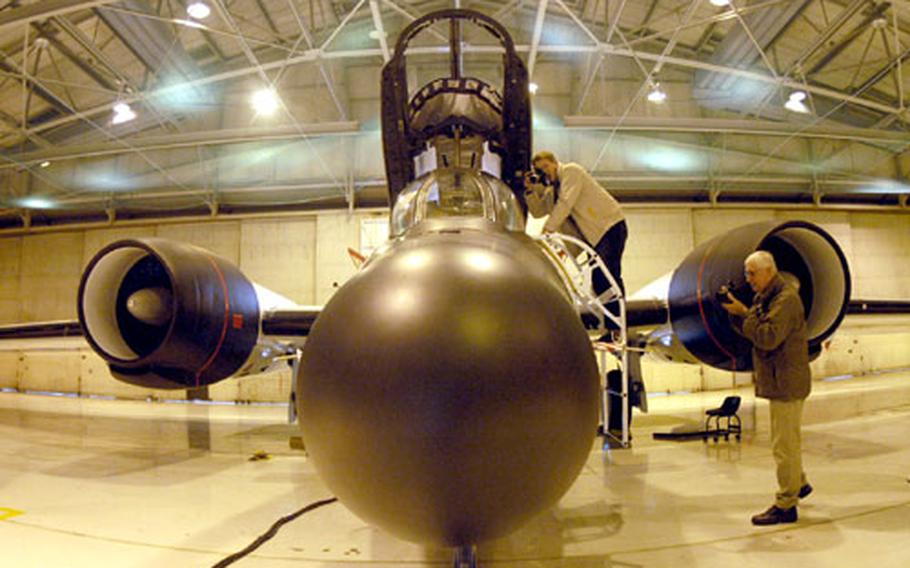 A photographer from the British press photographs the cockpit of a NASA WB-57 research aircraft in an RAF Mildenhall hangar Thursday. (Jason Chudy / S&S)

A photographer from the British press photographs the cockpit of a NASA WB-57 research aircraft in an RAF Mildenhall hangar Thursday. (Jason Chudy / S&S) 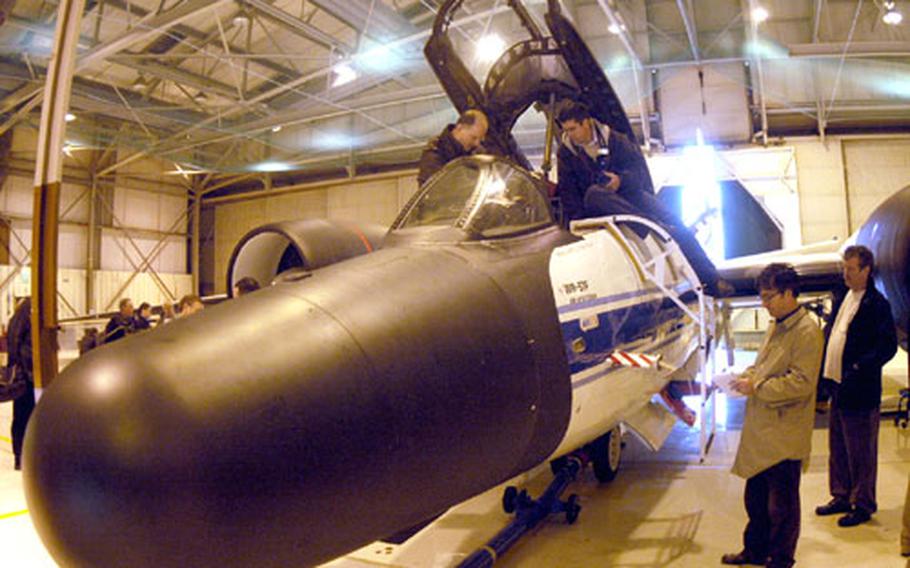 NASA pilot Scott Reagan, in cockpit at left, explains the flight controls of the WB-57 aircraft to a British photographer. (Jason Chudy / S&S) 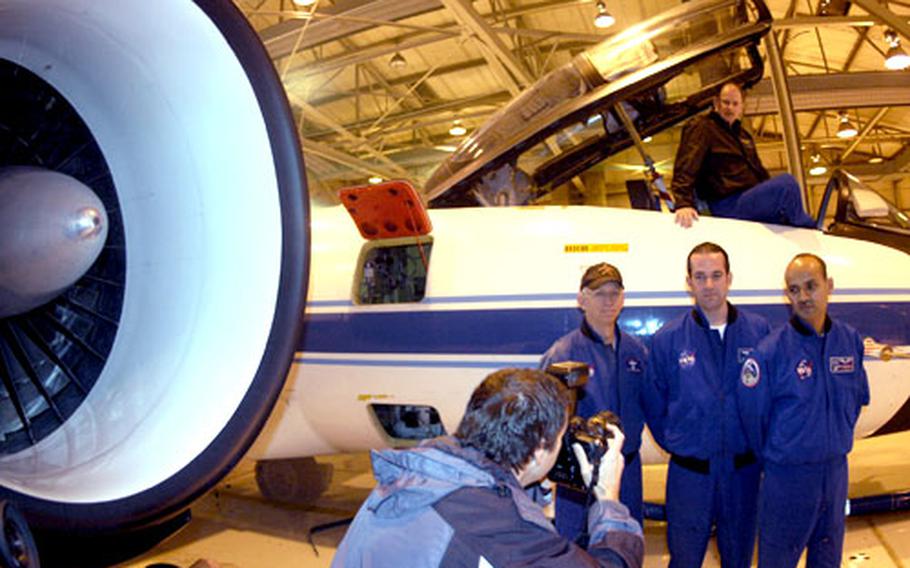 NASA plans to fly four of the WB-57 missions from Mildenhall through the end of the month.

The aircraft, which began its life as a twin-engine bomber in 1963, and a handful of NASA personnel arrived at Mildenhall this week on their first cosmic dust collection mission in Europe.

The dust, which is smaller than the human eye can see, comes from asteroids and comets, according to the space agency&#8217;s Web site. Meins said the WB-57 will be flying 5- to 5&#189;-hour missions from Mildenhall at altitudes between 50,000 and 55,000 feet, collecting the microscopic particles with two small collectors hanging from the aircraft&#8217;s 122-foot wingspan.

The collectors deploy only above 48,500 feet, Meins said, allowing them to collect the cosmic particles, and not other particles trapped in Earth&#8217;s atmosphere.

The particles will stick to the collector, which will be removed on landing and held in a special storage area until the particles are sent to scientists at the Johnson Space Center in Houston.

Normally, the aircraft operates in the Earth&#8217;s stratosphere, between 60,000 and 65,000 feet. At these altitudes, the aircraft&#8217;s two-man crew requires pressure suits, similar to those worn by astronauts.

During their flights from Mildenhall, however, pilots Bill Ehrenstrom and Scott Reagan and systems equipment operators Tushar Suthar and Brian Barnett won&#8217;t have to wear the suits because of the lower operating altitudes.

Although this is the first visit to England by the 68-foot-long WB-57, the twin-engine aircraft traces its history to the British Canberra bomber.

The aircraft was modified for research missions in the 1970s, with extra length added to the wings for high-altitude flights.