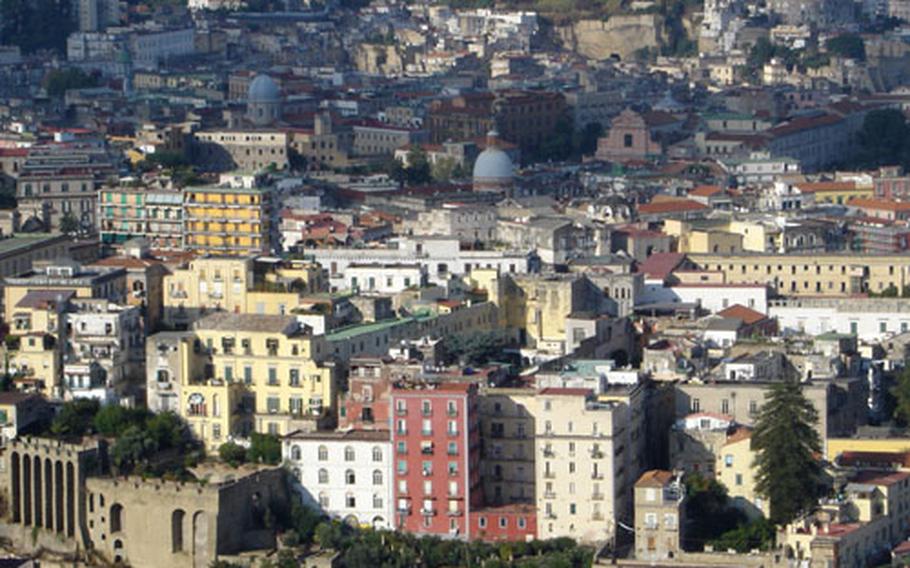 The architecture of downtown Naples runs the gamut from Greek, Roman, Norman and post-modern, all competing for space in this “new” city. (Lisa M. Novak / S&S)

The architecture of downtown Naples runs the gamut from Greek, Roman, Norman and post-modern, all competing for space in this “new” city. (Lisa M. Novak / S&S) 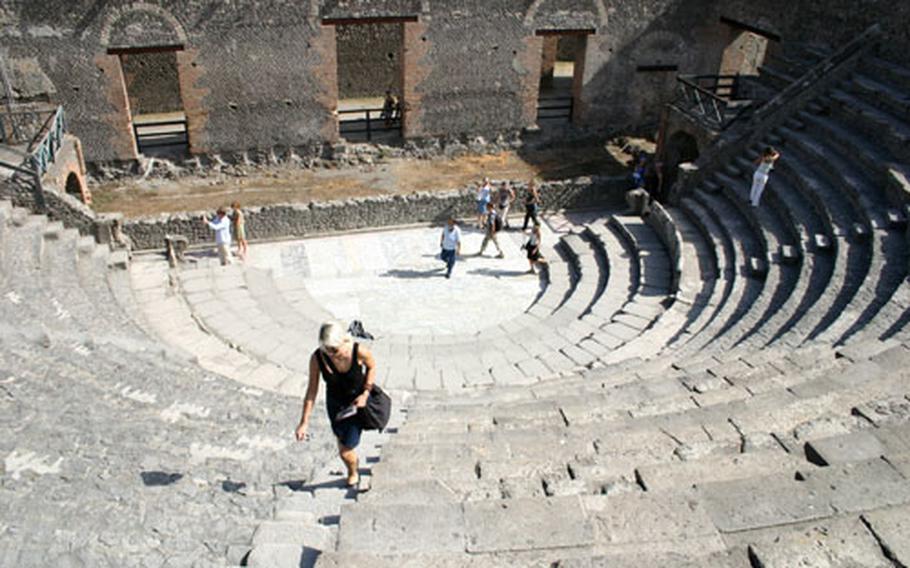 For several centuries, Pompeii and the nearby city Herculaneum were occupied by the Greeks. The Large Theatre amphitheatre in Pompeii, Italy, shows Greek influence -- it was built in the usual Greek fashion, using the natural slopes of a hillside. (Sandra Jontz / S&S) 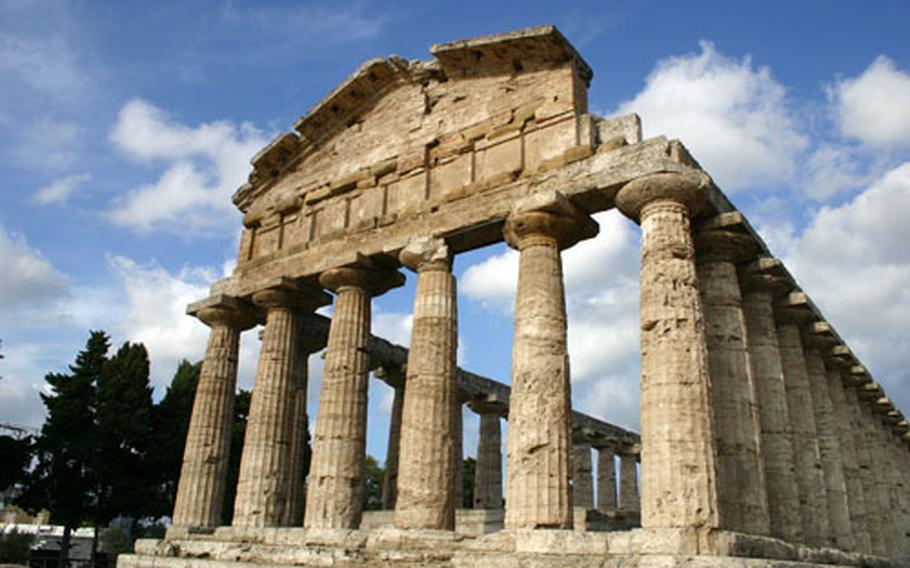 The Temple of Athena, one of the three major temples in Doric style, is a tourist draw to Paestum, Italy, about 52 miles southeast of Naples in the province of Salerno and evidence of the Greek influence in the region. The other two temples are dedicated to Apollo and Hera. (Sandra Jontz / S&S)

NAPLES &mdash; It may be hard to reconcile a city more than 2,500 years old calling itself &ldquo;new.&rdquo;

During its earliest days in the eighth century B.C., the settlement was known as Parthenope. As the population grew, and more Greek inhabitants moved in, they renamed their home Nea Polis &mdash; literally, &ldquo;new city&rdquo; in Greek. Although the name stayed, the Greeks didn&rsquo;t and some 300 years later, the Romans arrived.

The Romans, recognizing the value of Greek culture in their &ldquo;new&rdquo; city, left much of the Hellenic stamp intact, from ancient amphitheaters (still in use today) to the original settlement.

Future invaders weren&rsquo;t as generous. In the 10th century, for example, the Saracens destroyed many of the newer areas. Fortunately, the original Greek settlements survived.

Today, much of the Greek influence in southern Italy can still be found in and around the city, from the amphitheater in Pozzuoli to the Temple of Athena in Paestum. Some of the most striking remnants, however, are in the heart of the downtown area, right beneath the feet of those who stroll through the city.

The church of San Paolo Maggiore on Via Tribunali is the site of Napoli Sotterranea, the entrance to Underground Naples. This is a complex series of passageways, catacombs, aqueducts and tunnels constructed and added on to by almost everyone who has ever occupied the city &mdash; right up to tunnels used as air raid shelters in World War II.

Above ground, and just a few blocks west, Piazza Belini showcases Greek city walls from the fourth century B.C. They were excavated during the 1950s.

Via Port&rsquo;Alba isn&rsquo;t too far from these sites. This street doesn&rsquo;t rank among the premier historical sites in the city, but it does have loads of bookshops and bookstalls, where one can pick up reading materials (some even in English) that detail the extensive history of this sprawling, ancient &ldquo;new&rdquo; city.