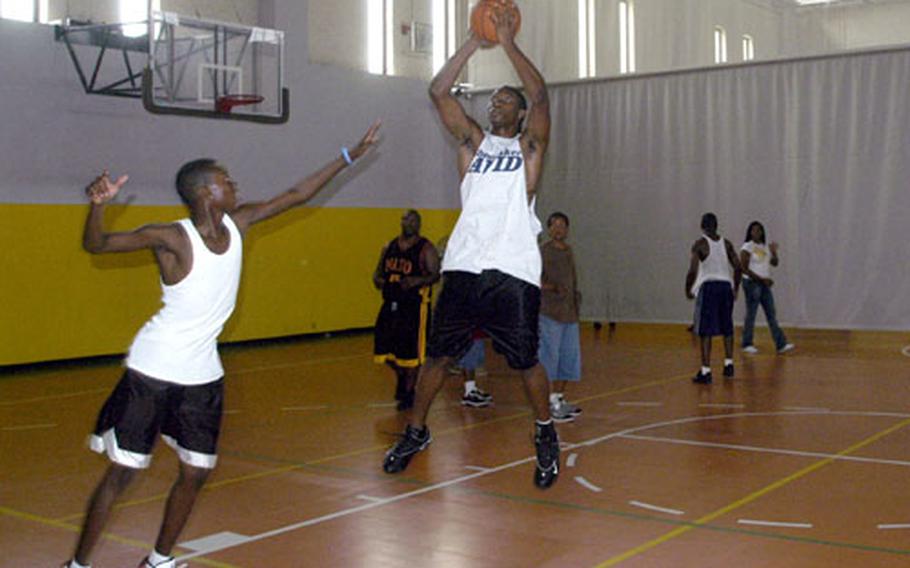 Teens shoot hoops on a recent Thursday afternoon at the base teen center on the Gricignano housing area in Naples, Italy. (Jason Chudy / S&S)

Such is the problem faced by morale, welfare, and recreation officials at Naval Support Activity Naples, where the popular youth and teen centers at the Gricignano support site housing area have recently lost so many staff members for various reasons that they cut back on activities and opening hours.

Knapp said one big reason they can&#8217;t fill the positions is because the centers need help in the evenings and on weekends, when people traditionally spend time with their families.

But Naples isn&#8217;t alone in looking for people to fill positions. Many Air Force services squadrons in Europe are also having problems filling a variety of positions, not just those dealing with youth and teens.

A Stars and Stripes article earlier this year showed that about 10 percent of service-related positions at American air bases in England were vacant, and nearly 20 percent were vacant at Aviano Air Base in Italy.

The weekly Sunday closure has drawn groans from teens, including 15-year-old Valentina Lee, who says she spends up to a dozen hours a day at the teen center, which is located in the support site&#8217;s village forum area.