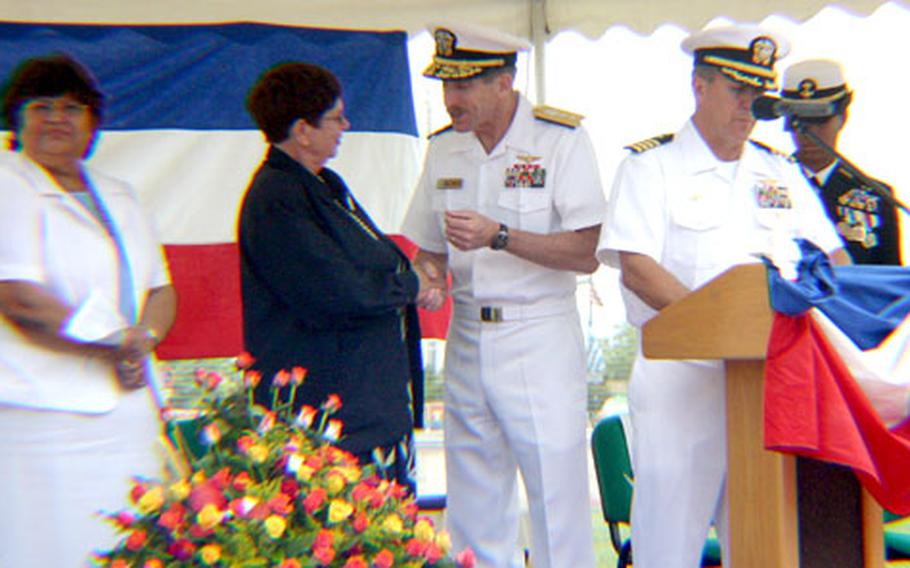 Back in 1999, after 390 days in retirement, a phone message in September had an urgent request from her old bosses in the overseas military school system: the principal at Naples American High School had quit abruptly and would Galloway consider coming back, if even for just a little while?

She did. And stayed for seven years.

The Naples community said goodbye twice Thursday: to Galloway, and departing assistant principal Ofelia Robles, who retired after 33 years as an educator at both stateside schools and with the Department of Defense Dependents Schools.

Under warm, clear blue skies, military and educational leaders lauded the two women as exceptional educators who unselfishly gave much of themselves to their own passion &#8212; teaching.

Robles was described as hardworking, charming, dedicated and supportive by teacher Ronald Ginter. &#8220;It&#8217;s hard to summarize this important rite of passage &#8230; and the significance this person has had on my life and on many others&#8217;,&#8221; he said.

Galloway addressed her farewell to those who have meant most to her.

&#8220;Always conduct yourselves with honor,&#8221; she told the students after advising them that, if they&#8217;d be embarrassed to recount to their grandparents something they had done, they shouldn&#8217;t do it.

She commended the students for their intelligence and love, and, as she choked back tears, urged them to maintain their high standards. &#8220;Be true to the beliefs of your parents&#8221; and others who help shape their lives, she said.

Galloway said she plans to spend much of her days traveling, and if New Hampshire doesn&#8217;t already have a tour book that charts every historical state marker, well, she&#8217;s ready to take on that task.